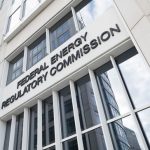 Dive Brief: The U.S. Court of Appeals for the D.C. Circuit held an en banc hearing on Monday to examine federal energy regulators' use of tolling orders, particularly regarding the approval of the Atlantic Coast Pipeline. All 11 judges analyzed a section of law that empowers the Federal Energy Regulatory Commission to indefinitely postpone litigation of its orders under … END_OF_DOCUMENT_TOKEN_TO_BE_REPLACED 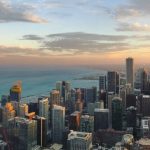 Dive Brief: Hawaiian Electric (HECO) hasn't seen a dramatic dip in applications to interconnect rooftop solar systems despite the shelter-in-place policy announced by Gov. David Ige at the end of March, the company said in a filing with state regulators last week. The company received 40% more applications between March 5 and April 15 than the same period last year, it … END_OF_DOCUMENT_TOKEN_TO_BE_REPLACED

Dive Brief: Delays caused by COVID-19 and the departure of a hearing commissioner at the Colorado Public Utilities Commission (PUC) have opened the door for Tri-State Generation and Transmission to have federal regulators preempt state jurisdiction over the exit charges for cooperative power providers seeking to leave its service, according to attorneys for two rural … END_OF_DOCUMENT_TOKEN_TO_BE_REPLACED 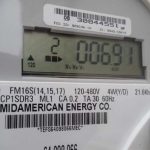 The following is a contributed article by John Howat, Senior Energy Analyst at the National Consumer Law Center. If there was ever a time to appreciate that electricity service is not a "luxury item," this is it. Large utilities across the nation and half of all states have taken steps to prevent power shutoffs for customers who fall behind on their bills during the … END_OF_DOCUMENT_TOKEN_TO_BE_REPLACED