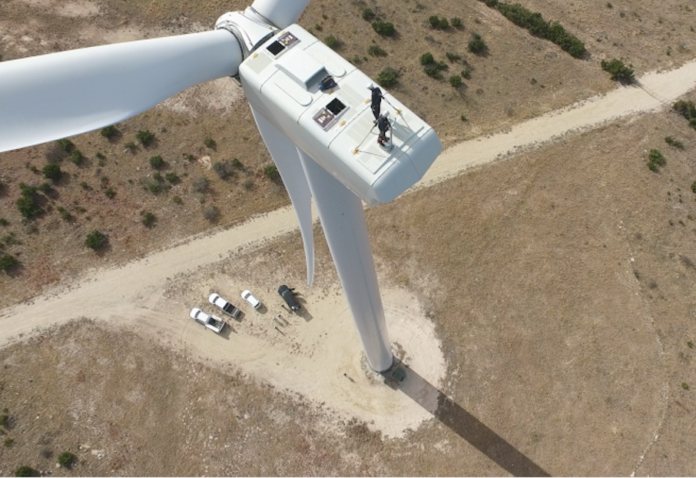 GE Renewable Energy, a division of GE that focuses on the production of energy from renewable sources, has been selected by Leeward Renewable Energy LLC as its wind turbine technology partner to repower its 90 MW Aragonne Wind Project in Guadalupe County, N.M. When combined with the new greenfield 145 MW Aragonne Mesa Wind project, the total wind farm output will increase to 235 MW.

As a part of this effort, GE will be providing a total of 86 2.x-127 and 2.3-116 wind turbine generators (WTG) to Leeward. The Aragonne Wind repower will replace the project’s 90 existing units with new WTG technology, resulting in increased performance and reliability. The projects are anticipated to be completed in late 2021.

Aragonne is GE’s third new WTG supply contract with Leeward in the last 24 months – totaling nearly 500 MW – following agreements for Mountain Breeze Wind in Colorado and Lone Tree Wind in Illinois, which were both completed in 2020. Additionally, GE has worked with Leeward on multiple repower contracts for the company’s Sweetwater projects in Texas, totaling nearly 280 MW.

“Leeward is pleased to partner with GE Renewable Energy on the expansion of our Aragonne complex with both the repower and greenfield projects,” says Jason Allen, CEO of Leeward Renewable Energy. “Together, we are modernizing one of Leeward’s legacy assets with GE’s advanced turbine technology and adding efficient generation capacity to our portfolio supporting our long-term growth strategy.”

The U.S. wind market continues to be strong. GE Renewable Energy was recognized by the American Wind Energy Association (AWEA) as the top manufacturer of wind turbines in the U.S. in 2019. Of the total onshore wind installed nationwide through September 2020, AWEA reported that the company captured 60% of new capacity additions as well as 50% of projects under construction or in advanced development.