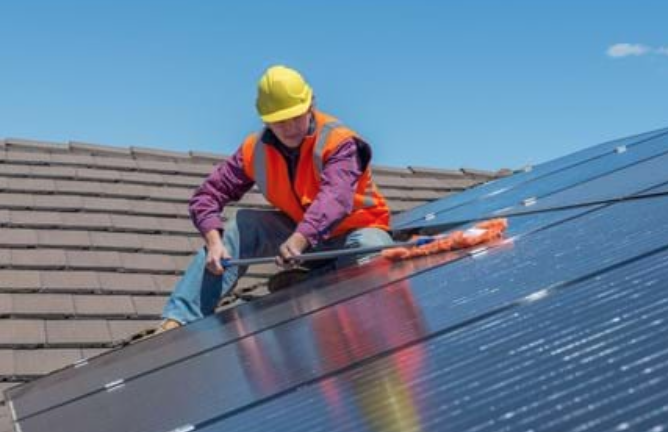 The cost of solar power has dropped 90% over the last two decades and will likely fall another 15% to 25% in the decade to come, according to a recent report from Wood Mackenzie. By 2030, the company says, solar will become the cheapest source of new power in every U.S. state, plus Canada, China and 14 other nations.

Wood Mackenzie’s report, Total eclipse: How falling costs will secure solar’s dominance in power, calls the solar power industry “highly investible” due to its growing ability to meet both economic and policy goals.

“As the world strives to recover from the economic slump caused by the COVID-19 pandemic and simultaneously meet the climate and environmental goals of the Paris Agreement, solar is poised to advance efforts towards a low-carbon, sustainable future,” says Ravi Manghani, research director at Wood Mackenzie. “Solar is becoming so competitive that not only is it a means of decarbonization for corporate buyers, but also a way to lower the cost of energy for their businesses.”

Solar is already the cheapest form of new electricity generation in 16 U.S. states – plus Spain, Italy and India. Even with the COVID-19 pandemic, global installations exceeded 115 gigawatts GW in 2020, compared to 1.5 GW in 2006. While the growth of solar to this scale was driven partially by government subsidies and environmental goals, solar generation is now attractive based on price alone.

In the next decade, Wood Mackenzie expects more cost reduction to be driven by growth and development in several technologies:

-Bifacial panels. New solar cell technology allows both sides of a panel to generate power – as much as 15% more
-Larger solar modules. This allows more of each panel’s surface area to generate power, leading to big gains in output
-Trackers. More solar installations include motorized systems that track the sun’s movement and change the alignment of the panels to increase energy capture

Wood Mackenzie stresses that its outlook only factored in technological improvements that are already well into the commercial development pipeline. The projections do not assume any breakthroughs in next-generation solar technology or other innovations, which could provide further upside to the outlook.

Operating costs are expected to drop as well over the next decade. Technologies that are already widely in use by the wind power industry, such as using drones and thermal imaging for inspections, will make operations more efficient – as will developing technologies such as artificial intelligence.

Battery storage is becoming a larger part of the solar development equation because solar only generates power when the sun shines. Peak-price hours for electricity still coincide with solar generation hours in most markets. Both developers and utilities are preparing for potential changes in demand by including storage in their plans.