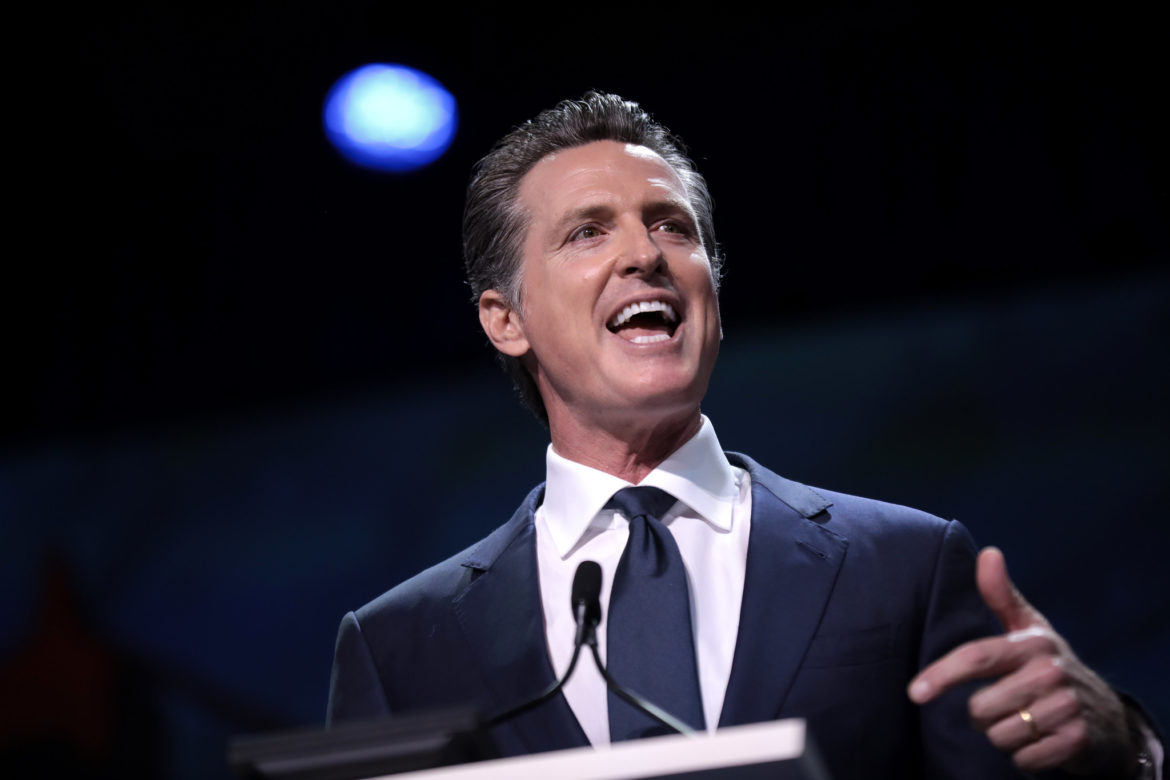 Governors of states at the forefront of climate policy have earned high marks from voters for their handling of the COVID-19 pandemic — a popularity boost that could help them pass ambitious environmental legislation, political experts said.

Take New York Gov. Andrew Cuomo and California Gov. Gavin Newsom. The two Democrats lead coastal states that have been hit hard by the disease, and they’ve taken tough steps to contain it. Both appear daily on social media and television as they give frequent news briefings.

The exposure has ratcheted up their popularity. Newsom last month won 83% approval, up from 42% before the pandemic, FiveThirtyEight said.

“Obviously, a governor who has a very high job approval rating, no matter what the cause, has more heft in terms of pushing through environmental policies,” said Garry South, a Democratic analyst based in California.

Other governors seen as climate leaders have sported positive poll numbers, too, including Republican Govs. Charlie Baker of Massachusetts and Larry Hogan of Maryland. Baker won 80% approval for his oversight, according to FiveThirtyEight. Hogan has an 83% rating, said a poll by MarylandReporter.com.

To be sure, the long-term repercussions of the novel coronavirus won’t be clear for several months, analysts said. The sky-high approval numbers now enjoyed by these governors could tumble if the pandemic drags on too long or its economic impact is worse than anticipated.

There’s the question, too, of whether these governors even want to spend their political capital on climate action.

Still, the current political environment creates a window for those wanting to push legislation on global warming and other green issues, analysts said.

A connection between COVID-19 and the environment could help boost these efforts. Multiple studies have found a link between air pollution and residents’ vulnerability to COVID-19.

“A lot of political players see a clear connection between what’s happening with COVID and what’s happening on the environmental front,” said Darry Sragow, a political strategist and publisher of the “California Target Book,” a nonpartisan political guide.

“On COVID, this entire country just got caught flat-footed,” he said, “and presumably we’ve learned a lesson that we can’t stick our heads in the sand and not pay attention to threats down the road,” including climate change.

One looming obstacle is the pandemic’s impact on state budgets. That pain could last for a while, said Kevin Spillane, a Republican analyst in California.

“We’re dealing with uncharted waters,” he said. “We’ve got the worst economic situation in 90 years.”

In California, the state Department of Finance on Friday projected a $54.3 billion deficit spanning the current year and upcoming budget cycles. Newsom’s draft $221 billion budget before the crisis is getting overhauled.

“The governors have opportunities on all of those issues, and many more, to be forward-looking when it comes to climate change and not be replicating what we’ve done in the decades and centuries past, which is a reliance on fossil fuels,” he said.

Green choices are likely, as some of the governors have been vocal about taking action on climate.

New York’s Legislature during Cuomo’s terms has passed legislation mandating 100% clean power by 2040 and an 85% reduction in greenhouse gas emissions by 2050.

Cuomo in his January State of the State address pledged more.

“We will set a new nation-leading response to the transcendent threat of our times, which is climate change,” he said. “No economic strategy, no social justice reform, no education policy will be worth a damn if we don’t have a planet to live on.”

In Massachusetts, Baker has pledged commitment to the Bay State’s achieving net-zero greenhouse gas emissions by 2050. He’s promoted the importance of the regional Transportation and Climate Initiative as a way to achieve emissions cuts, the League of Conservation Voters said.

Michigan Gov. Gretchen Whitmer (D) has won strong approval numbers recently, at 66%, up from 42% before the pandemic. She has talked about the need to act on climate, said Maysmith. However, with a Republican Legislature, she’s unlikely to get climate legislation passed, he added.

Maysmith wants Newsom in California to be more vocal on climate change, arguing that he hasn’t talked about it as a top priority.

“It is imperative, it’s incumbent on California to lead the pack and push the envelope on smart, forward-looking climate policy,” Maysmith said. Former Democratic Gov. “Jerry Brown did that, no doubt. We’d like to see more of that with Governor Newsom,” he said.

Newsom is in his first term. California before Newsom came into office saw laws enacted requiring 100% clean electricity by 2045 and reducing greenhouse gas emissions to 80% below 1990 levels by 2050.

Newsom’s press office did not respond to requests for comment. His climate adviser, Kate Gordon, said she couldn’t discuss Newsom’s climate goals until after he releases a revised budget Thursday. His draft budget includes $12 billion over five years for climate programs, though some of that could get scrapped or postponed.

Governors typically don’t get constant media attention, so in the current situation, “it’s a risk and an opportunity,” said GOP analyst Spillane.

A previous crisis in California led to the recall of a governor. Voters forced out Davis in 2003 after manipulation of a deregulated electricity market by now-defunct energy company Enron Corp. and others led to power shortages and rolling blackouts. Davis during that crisis appeared frequently on television. Voters came to blame him for his handling of the situation.

Newsom received pushback for his decision in April to close Orange County beaches because of pictures of crowds. Huntington Beach said it planned to sue, though that city’s beaches are now partially reopened.

“In situations like this, very often people get very angry,” Sragow said, referring in general to the COVID-19 pandemic. “They’re scared, feeling a lot of dislocation. Gov. Newsom has to be mindful that in life, very often, no good deed goes unpunished.”

The broader attention on some of the governors also has raised questions about whether they would run for president in the future. Several recent presidents were previously governors, including Presidents George W. Bush, Clinton, Carter and Reagan.

Though Cuomo has ruled out the possibility, there was some early chatter that the New York governor could replace former Vice President Joe Biden as the presumptive Democratic nominee in the 2020 election, said Kyle Kondik, managing editor of Sabato’s Crystal Ball at the University of Virginia Center for Politics.

There likely would be similar chatter about Newsom if not for the East Coast media bias, with major stations based in New York, he said.

“It seems like some of the West Coast responses have been superior to those on the East Coast, in terms of flattening the curve” of people contracting the disease, Kondik said.

Most of the governors receiving publicity right now are expected to run for reelection in 2022, and their handling of the pandemic likely will be a top issue. In terms of 2024, that’s a long way away politically, several said.

If President Trump wins reelection in November, that would mean an open seat in 2024 and plenty of candidates on both the Democratic and Republican sides, Kondik said.

“You would think that some of these folks who have been leaders during this crisis probably will be among the future contenders for the White House,” he said.

If Biden wins, that makes it tougher for the Democratic contenders. Even if Biden, who would be 81 in November 2024, decides not to run for a second term, his vice president will have an advantage, the analysts said.

“It’s hard for me to see how a sitting governor can contest successfully in that kind of a situation,” said South, the Democratic analyst.

A Biden presidency also could mean governor appointments to Cabinet posts including the heads of EPA or the departments of Energy or Agriculture, or as ambassadors to important countries on climate like China, analysts said. Inslee has been mentioned as a possible EPA administrator, said Roshan Patel, a partner at 50 State, a political consulting firm.

“You will absolutely see governors get appointed to run [some of] these agencies,” Patel said.