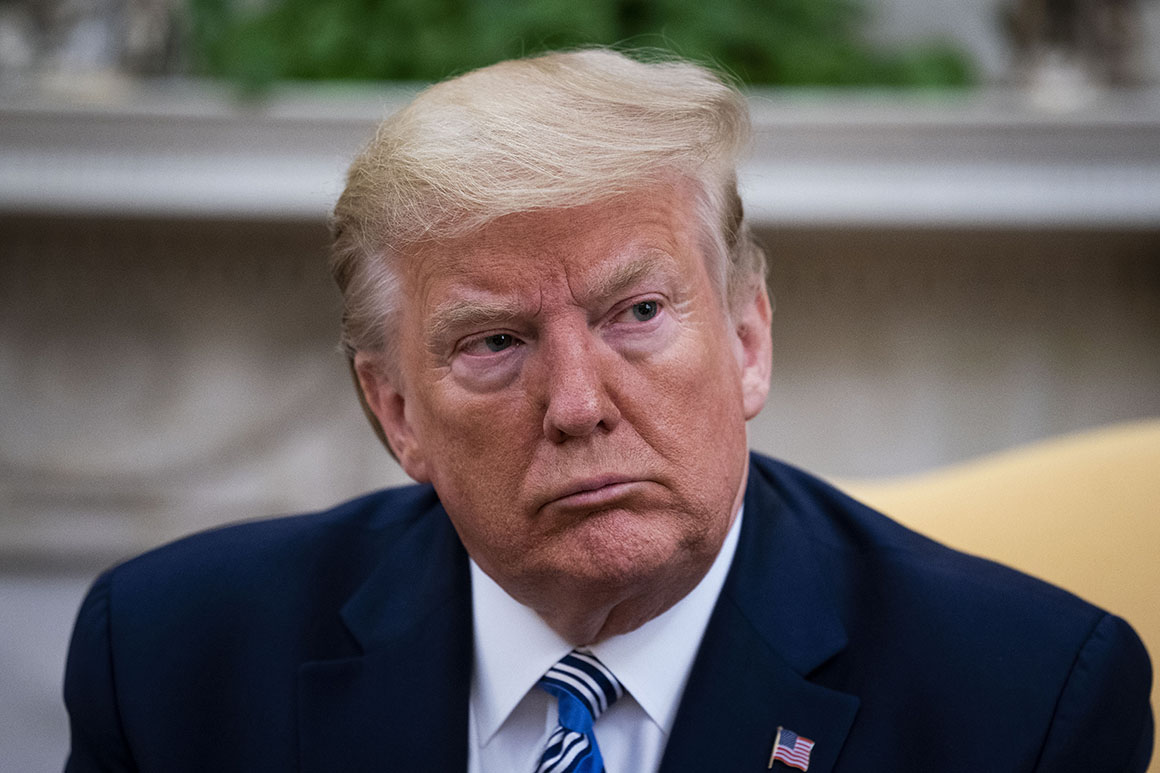 President Donald Trump and his advisers are offering a barrage of increasingly urgent ideas for propping up faltering oil producers — but people in the industry are skeptical that anything will come of it.

The administration has so far jettisoned plans to buy oil for the nation’s Strategic Petroleum Reserve, nixed an idea to eliminate royalty payments for energy produced on federal lands and dropped a discussion of paying oil companies not to produce oil. The latest idea floated last week calls for the Treasury Department to create a fund to lend money to struggling oil producers — and take partial ownership stakes in the companies while requiring them to reduce their output.

“This is whack-a-mole stuff,” said one oil industry official involved in the discussions, speaking on condition of anonymity to speak frankly about the administration’s efforts. “There is a huge interest to ‘do something’ to help. But it all sounds good until step two.”

Like most parts of the economy, the oil industry has been hard hit by the coronavirus pandemic. The crash in oil prices that saw U.S. crude futures sink into negative territory last week for the first time in history rattled an industry that has weathered booms and busts for decades. Companies that had lifted U.S. oil production to record levels above 13 million barrels per day in recent months have slashed spending, laid off workers and shut down an estimated 900,000 barrels per day of output since the middle of March.

But even market-driven production cuts in the U.S. and planned reductions by Saudi Arabia and Russia have failed to offset the global collapse in demand, as the spread of Covid-19 has shrunk consumption by an estimated 20 million to 30 million barrels per day.

That has left the Trump administration scrambling to try to prop up a U.S. oil industry the president regularly praises for achieving global “energy dominance.”

“The energy business is very important to me, and we’re going to build it up,” Trump told reporters on Friday.

Two energy industry officials confirmed to POLITICO that the White House and Treasury Department have raised the idea of the government buying stakes in oil companies and forcing them to scale back production, which could push prices higher. Treasury Secretary Steven Mnuchin indicated on Friday that taking equity stakes in companies could be on the table.

But skeptics in the industry say that would be all-but unworkable politically and financially. The government would have to buy enough shares in each company to control its production plan and would be saddled with the debt from businesses that had been in financial peril last year, when oil prices slipped to levels too low for many producers to earn a profit. And the money would most likely have to approved by the Democratically controlled House, which has shown no interest in carving out an aid program for the industry.

The skepticism over that plan comes after Congress rejected the Trump administration’s request for $3 billion to buy oil for the strategic reserves. Now, the idea of lending money to companies and taking equity stake in them is drawing derision from several industry executives.

“When I heard that, it was in the context of ‘We could be totally insane and try this,’” said one person in the oil and gas industry who requested anonymity because he or she wasn’t authorized to talk to the press. “Are we really talking about nationalizing our oil industry? Is the government equipped to do something like this? The answer is no.”

Spokespeople for the White House, DOE and Treasury Department did not immediately respond to questions.

The only real way the Trump White House could help is to help bring the Covid-19 outbreak under control so the public feels safe traveling again, one industry lobbyist said.

While much of the industry — including the influential American Petroleum Institute — opposes any kind of direct help from Washington, some oil producers are pressing for the White House to step in, including Continental Resources, the shale oil powerhouse company founded by Trump supporter Harold Hamm.

Oil-state senators are also publicly pitching for federal assistance. Texas Republicans John Cornyn and Ted Cruz and North Dakota’s Kevin Cramer have all pressed Trump to try to forestall a wave of bankruptcies in the oil industry.

Cornyn, who is up for reelection this year, told reporters Thursday that he met with White House officials on April 17 and talked to Mnuchin to push for more help, including asking Saudi Arabia and Russia to cut more of their own oil production.

“We must do everything we can possibly think of,” Cornyn told reporters.

But Democrats have shot down ideas as quickly as the administration has floated them. Sen. Ed Markey (D-Mass.) and Rep. Nanette Barragán (D-Calif.) sent a letter Thursday to Federal Reserve Chair Jerome Powell warning him to not allow oil companies that were feeling financial heat before the pandemic to use newly authorized federal facilities to pay off their existing debts to Wall Street.

“During the federal response to this unprecedented crisis, we urge you to deploy the Federal Reserve’s resources in a way that protects taxpayer interests and avoids the bailout of an industry that has been struggling under its own short-sighted financial decisions for years,” the lawmakers wrote. “We must protect workers and communities affected by the oversupply of fossil fuels and the resulting downturn in oil and gas prices, but we can do that without carving out special rules for loans to fossil fuel corporations.”

A newsletter from POLITICO for leaders building a sustainable future.

The Energy Department did pivot from its plan to buy oil for the Strategic Petroleum Reserve to allowing companies to lease some of the reserve’s spare capacity for extra oil, an attempt to help alleviate the lack of private storage space that has pushed prices sharply lower. And Trump drew praise for pressuring Saudi Arabia and Russia to end their market fight and reduce oil production earlier this month. But that deal from the “OPEC+” group to curtail 9.7 million barrels per day in May failed to impress the energy markets, and oil prices continued to plummet.

“The OPEC+ deal and the plan to allow companies to store oil in the SPR are mere window dressing,” said another person in the industry, who requested anonymity to speak frankly about the situation. “Companies are failing and the industry is experiencing irrevocable destruction and the Trump administration is basically standing on the sidelines coming up with ideas that won’t help us.”

Still, many in the industry — which has long harbored skepticism about the role of the government in the energy markets — aren’t bothered by the administration’s inability to come up with a plan to bail out struggling companies.

“Problems always arise when a politician wants to do something or feels the need to do something,” said one industry lobbyist. “More often than not, what they chose to do is the wrong thing.”