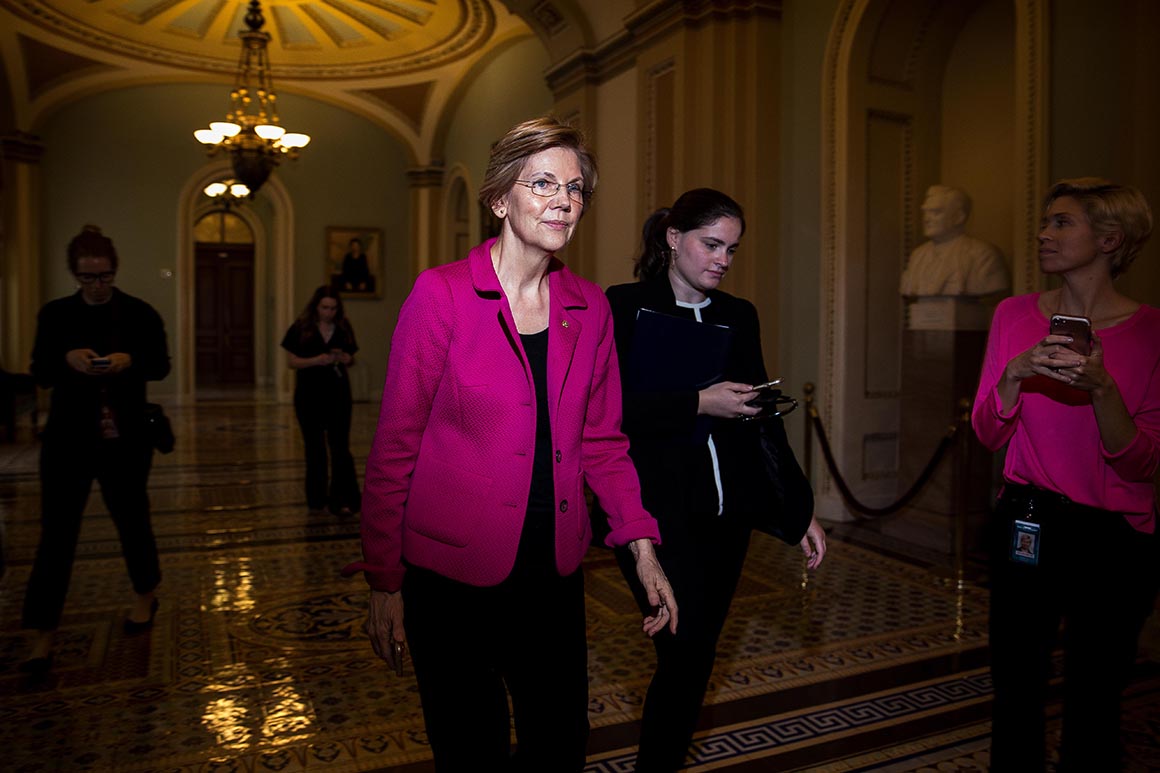 Sen. Elizabeth Warren (D-Mass.) is knocking the Securities and Exchange Commission for not requiring companies to disclose their risks from climate change, accusing the agency of failing in its mission to safeguard investors.

“It is distressing that by ignoring these climate risks, the Securities and Exchange Commission, under your leadership, is not fulfilling its mission to ‘protect investors’ and ‘maintain fair, orderly, and efficient markets,'” Warren wrote in a letter to SEC Chairman Jay Clayton that was shared with POLITICO.

The details: The SEC should take “immediate measures” to improve climate risk reporting, Warren wrote, adding that the public did not have sufficient information about the threats companies face even though “the risks to our economy posed by the climate crisis continue to grow.”

Establishing mandatory reporting requirements wouldn’t require new legislation, Warren wrote. And the SEC already has some familiarity with climate disclosure reporting. The Obama administration instructed companies that may be adversely affected by climate change to outline those risks to the SEC. The SEC hasn’t rigorously enforced such reporting, though many companies are starting to increase their disclosures to meet new requirements emerging in Europe.

Many companies have suggested in the past that climate change poses little material financial risk, meaning they believe they can absorb or adjust to the costs from a warming planet.

Background: Warren’s letter comes as a growing group of investors warn climate change poses significant threats to the financial system. Those risks are both through physical — such as storms, droughts and wildfires that batter company assets — or related to a transition away from fossil fuels. That shift could be driven by aggressive governmental climate change policies that hurt the financial health of companies that rely on fossil fuels.

A group of investors with $1 trillion in assets under management wrote to the SEC and other financial regulators last month warning that climate change poses systemic financial risks. They asked the SEC and other regulators to mandate corporate climate risk disclosures, among other actions. Democrats on the House Select Committee on the Climate Crisis also suggested the SEC adopt such disclosure rules.