In an interview, an economic development director talks about his organization’s new $1 million fund to assist renewable energy projects.

Jonathan Belcher’s family roots in Appalachia are more than 200 years deep. And while its coalfields put the region on the energy map, this native son is promoting a new initiative designed to spark a renewables renaissance that can propel the area’s economy into the 21st century.

The government agency in Southwest Virginia he directs — which operates on fossil fuel dollars — just created a $1 million Renewable Energy Fund to attract businesses and train residents to find jobs in a burgeoning field. 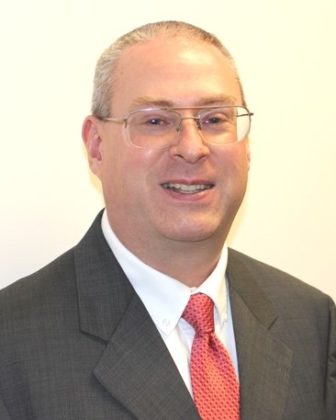 “Our region, with its long history of energy production, is a prime location,” said Belcher, executive director of the Virginia Coalfield Economic Development Authority. “VCEDA is poised to readily assist in the development of renewable energy projects.”

VCEDA was created by the General Assembly in 1988 to serve the historic coal counties of Buchanan, Dickenson, Lee Russell, Scott, Tazewell and Wise, and the city of Norton. It’s based in Lebanon, in Russell County.

The agency is credited with creating 20,000 jobs over three-plus decades. In 2019, it attracted a high of 50 projects that provided full- and part-time work for 575 employees. VCEDA’s biggest score that year was the 65 new jobs in Lebanon that came with Polycap LLC, a Canadian company that manufactures specialty caps and closures.

“Our projects are everything from mom-and-pop enterprises all the way up to large corporations,” Belcher said. “Economic development has changed over the years and I like to think we’re a trendsetter with diversification.

“We have a well-rounded approach that isn’t based solely on manufacturing or industry. In today’s economy, a job is a job.”

In this interview with the Energy News Network, he explains why a Renewable Energy Fund became a VCEDA priority. The interview has been edited for length and clarity.

Q: This shift to a Renewable Energy Fund seems huge. How bold is it?

A: It is very bold. And what speaks volumes is that it’s being done by an organization solely funded by natural gas and coal. Alternative energy has been on our radar for a while. It’s also due and needed because more business prospects would ask about incentives. You risk being looked over if you don’t have a competitive advantage. Our whole purpose is to attract jobs, so we’d be left behind if we didn’t do this.

Q: Organizations such as the Solar Workgroup of Southwest Virginia are progressing with renewable energy projects in your region, despite giant barriers and numerous setbacks. Also, the Nature Conservancy is exploring how to install solar arrays on former coalfields in the ecosystems it protects. Can this new fund help both of these endeavors?

A: Yes, in that the fund could assist the companies working with both of these organizations. We intend to have an advisory committee made up of people in the renewable energy business who can help to guide us on how best to use funds and evaluate proposals.

Q: What other types of renewable projects might this new fund spur?

A: Solar is the one that most readily comes to mind, but we don’t intend to limit it to that. For instance, other possibilities are companies that manufacture lithium batteries or components for solar or electric vehicle charging infrastructure. We could also consider new-to-the-region or existing manufacturers that might want to transition. We’re considering all of those types of things.

Also, we hope part of the funding might be used for workforce development and training at a company or through the University of Virginia-Wise or a community college.

Q: As I understand it, the $1 million will be capitalized from Coalfield Employment Enhancement Tax Credit funds. Is this new? Can you explain what that is and how it works?

A: Yes. The tax credit funds are unrelated to the severance tax. The credit was originally intended to give tax breaks to coal companies and was based on the per-ton price of coal produced. Part of it was directed to VCEDA.

In 2018, the tax credit was narrowed to only metallurgical coal, not steam or thermal coal, and that reduced the revenue stream. It’s now valid through 2022. The General Assembly could choose to extend the tax credit. If legislators discontinue it, they could decide to provide a budget allocation.

I should note that the tax credit made sense for the Renewable Energy Fund because it can be used throughout the region. The severance tax, on the other hand, can only be used by the county where it is collected. About 90% of coal mining in Virginia now is in two counties: Dickenson and Buchanan.

Q: On a related matter, VCEDA’s overall budget has been funded by a severance tax paid out by regional coal and gas producers since 1988. Is your job tougher with that money dwindling?

A: It’s definitely made the job harder because we have less resources and less flexibility with those resources. In recent years, the tax credit has become more and more important. For example, we landed Polycap, the company I mentioned earlier, with the tax credit because we had a vacant industrial building in Russell County that was ready. Otherwise, it wouldn’t have happened.

We’re not so cash-strapped that we can’t operate, we just have to be cognizant of limits and manage our funds as well as we can. Most other regional development groups are funded by private money or local allocations from county government. VCEDA hasn’t had to do that.

This is the most economically challenged area in the commonwealth. The mountainous terrain means we have a lot more infrastructure-related obstacles to overcome.

Q: My math shows the Renewable Energy Fund will be the eighth incentive financing program coordinated by VCEDA. How does this newest one differ from, say, the Coalfield Economic Development Fund or the Coalfield Revolving Loan Fund?

A: To create the Renewable Energy Fund, we’re pulling $500,000 from both our Coalfield Revolving Loan Fund and our Workforce Development and Training Fund. We didn’t put an expiration date on it. If it’s successful, we can put additional funds into it.

Allocating this money shows prospects that we’ve made a real commitment to incentives for renewable energy companies. Our hope is that by doing this we are sending a message that will get their attention.

Q: Among VCEDA’s 16-member board are the three largest coal producers in the region, the largest oil and gas producer in the region and the Virginia Coal and Energy Alliance. Did those five members push back on the Renewable Energy Fund?

A: No, there was no resistance at all. They were very supportive. I have found that they are more objective than people give them credit for. They have families that live in the region and they want their kids to have employment opportunities as well.

Most of the coal produced in Virginia now is metallurgical coal, which primarily serves the steel industry, so there’s not necessarily a conflict of interest there. But even if it was thermal coal, they understand how economic development works. You can’t stick your head in the sand. As the energy industry changes, and you don’t, you’re going to be left behind.

Q: In October, the Appalachian Council for Innovation presented your authority with the “Excellence in Government Response: COVID-19” award. What is the pandemic forcing you to do differently?

A: The pandemic has turned the economic development world upside down. Our focus is on not losing what we already have, so we’ve put a huge emphasis on shoring up existing businesses to keep them from failing.

In March and April, so many small businesses were on the verge of closing that we had an emergency board meeting to deploy money to them. We’re in close communication with local economic development folks, so they helped to administrate, and we did it all very quickly.

Another example of how we helped was deferring loan payments for larger manufacturers.

We’re still having to watch these situations, but, fortunately, we’ve still been able to get back to focus on attracting new companies. Some are visiting in-person but a lot of this stuff is being done on Zoom.

Q: When you were growing up, did you expect to be running such an organization close to home?

A: I grew up in Pike County in Kentucky, next to Buchanan County in Virginia. I feel just as at home in Southwest Virginia as I do in Southeast Kentucky because they are such similar regions. Back then, I didn’t really have a specific job in mind but I had a vague notion I wanted to do something in business, law and real estate. Economic development as a profession didn’t come about until the 1980s and 1990s.

When I graduated with a real estate degree from Morehead State University (Kentucky), I wasn’t sure where I might end up. My first job out of law school at William & Mary (Williamsburg, Virginia) in 1993 was as an in-house attorney at a bank in Southern Kentucky. Job opportunities in this area can be few and far between so you have to be flexible.

It took me a while to find a job in Southwest Virginia, where I wanted to be. VCEDA offered me a position as general counsel and funds administrator in 1997.

Q: What activity or hobby do you turn to when you need a break from your job?

A: I’m probably a workaholic. I have less spare time than I used to, but I am somewhat of a gearhead. I like to tinker with old cars and watch shows about old cars and also sporting events. I do some hiking and, of course, I play some golf. If you’re in economic development you have to play golf.