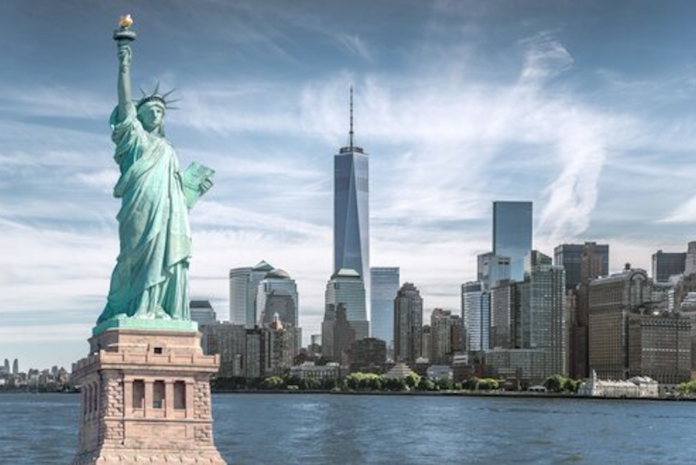 Named Liberty Wind, the project highlights and embraces New York’s role as a leader in clean energy jobs and in expanding equality and opportunity for all.

“We’re pleased to bring Liberty Wind to New York policymakers and look forward to building upon the extensive community engagement that is a hallmark of our U.S offshore wind business,” says Lars T. Pedersen, CEO of Vineyard Wind. “As a ‘first mover’ in offshore wind power in the U.S., we believe that setting positive precedents for development will lead to newer and better standards across the industry, standards that ensure local communities received the greatest possible benefits with minimal impacts.”

The recent request for proposals (RFP) from the New York State Energy Research and Development Authority (NYSERDA) is part of the state’s overall effort to reach 9,000 MW of offshore wind power generation by 2035.

The proposals include six options for up to 1,300 MW of offshore wind power, including one that would represent the single largest direct economic benefit commitment of any offshore wind project in the U.S. to date. Liberty Wind is located 84 miles east of Montauk Point. The project will utilize the 1 x 1 nautical mile spacing that was recently endorsed by the U.S. Coast Guard for safety of navigation and transit.