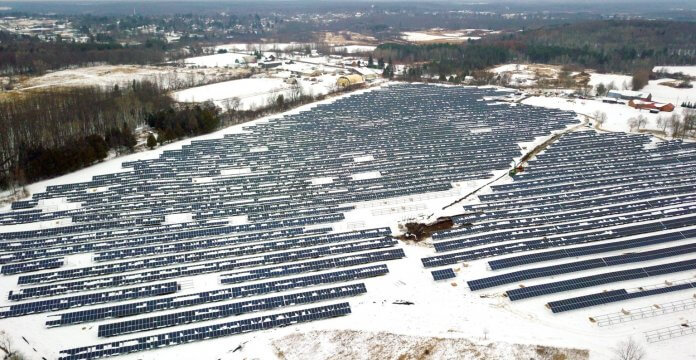 U.S. Light Energy developed the 7.2 MW ground-mount project and it will be owned and operated by Standard Solar, a solar energy company specializing in the development and financing of solar electric systems nationwide.

This project went live on Feb. 27, 2020, and marks U.S. Light Energy’s second completed community solar project in New York. The first, the 7 MW Sugar Hill Solar Farm, was completed in October 2019. With the completion of the Denmark, N.Y., project, U.S. Light Energy is responsible for developing the two largest DG community solar projects in the state.

“We are incredibly excited to announce that our second community solar project in New York State is now operational and producing power for its subscribers,” says Mark Richardson, president and CEO of U.S. Light Energy.

“Providing clean renewable energy to New York state residents, farms and businesses during this time of crisis is more important than ever and we look forward to bringing more projects online in 2020 and into the future,” he adds.

The array is producing more than 8.9 million kWh of clean energy annually.

As part of New York State’s Community Solar Program, the electricity generated by the Denmark Community Solar Project can be supplied to customers anywhere in National Grid’s existing distribution system. In turn, customers subscribed to the program will benefit from solar energy without the need for their own solar panels. According to the National Renewable Energy Laboratory (NREL), about half of the country can’t install rooftop solar panels. Community solar offers the individuals and businesses that fall into that category a way to take advantage of the benefits of clean energy.