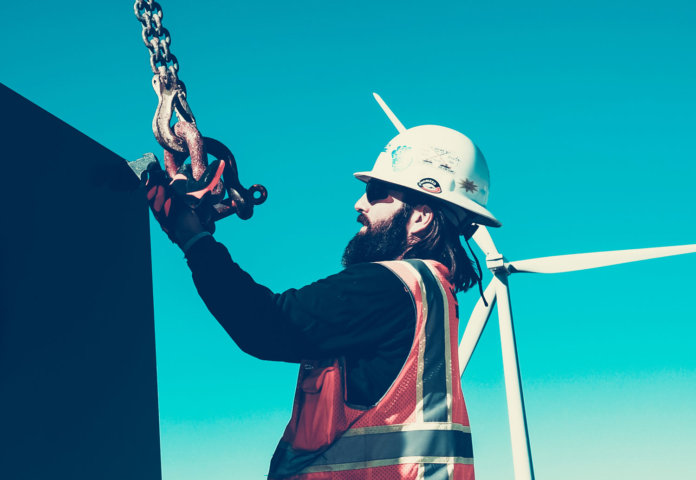 Both projects will employ radar-activated Aircraft Detection Lighting Systems (ADLS). ADLS is a new technology that will activate turbine-mounted lights when the radar detects a nearby aircraft, alerting pilots to the locations of each wind turbine.

The system will keep skies in the rural area dark during nighttime hours while also keeping pilots and passengers safe. The technology will also help enable autonomous beyond line-of-sight drone flights that will support maintenance activities at the wind projects. Foxtail’s ADLS system is complete, and the Blazing Star system will be completed later in 2020. The systems were designed by Terma North America.

“Xcel Energy continues to lead the clean energy transition, and projects like Foxtail and Blazing Star are key to our plan of reducing carbon emissions 80% by 2030 through the use of low-cost wind energy, carbon-free nuclear and our plans to retire coal plants in the Upper Midwest,” says Chris Clark, president of Xcel Energy-Minnesota, North Dakota and South Dakota.

“New wind projects like this help reduce emissions, keep bills low for our customers and set us on a path to achieve our vision of delivering 100% carbon-free electricity by 2050,” he adds.

The Foxtail Wind Project, located in Dickey County, N.D., features 75 turbines covering about 20,000 acres of farmland, of which more than 99% remains active farmland. Landowners hosting the project will receive more than $30 million in payments over the life of the project, and local governments and school districts will receive more than $20 million in tax payments. The project began commercial operation in December 2019 and the ADLS system was placed into service in April 2020.

Construction began in May 2018 when crews built the substation, underground collection cables and concrete foundations for the turbine. Wind tower and component installation began in June 2019. More than 200 construction workers helped build the project, which will employ about 10 full-time maintenance and operations workers. West Fargo, N.D.-based Wanzek Construction built the project.

The Blazing Star 1 Wind project, located in southwest Minnesota about 30 miles west of Marshall, Minn., features 100 turbines covering about 35,000 acres, of which more than 99% remains active farmland. Landowners hosting the project will receive more than $45 million in payments over the life of the project, and local governments and school districts will receive more than $30 million in tax payments. The project began commercial operation on April 3, 2020. The adjacent Blazing Star 2 project will begin construction in winter 2020.

Construction began in May 2019. More than 175 construction workers helped build the project. When Blazing Star 2 is complete, the combined projects will employ about 20 full-time workers. Golden Valley, Minn.-based Mortenson Construction built the project.

By 2022 Xcel Energy will build or purchase wind energy from new wind projects totaling 1,970 MW of new energy. At that time, more than 40% of Xcel Energy’s Upper Midwest electric energy will come from renewables and more than 65% will be carbon-free.