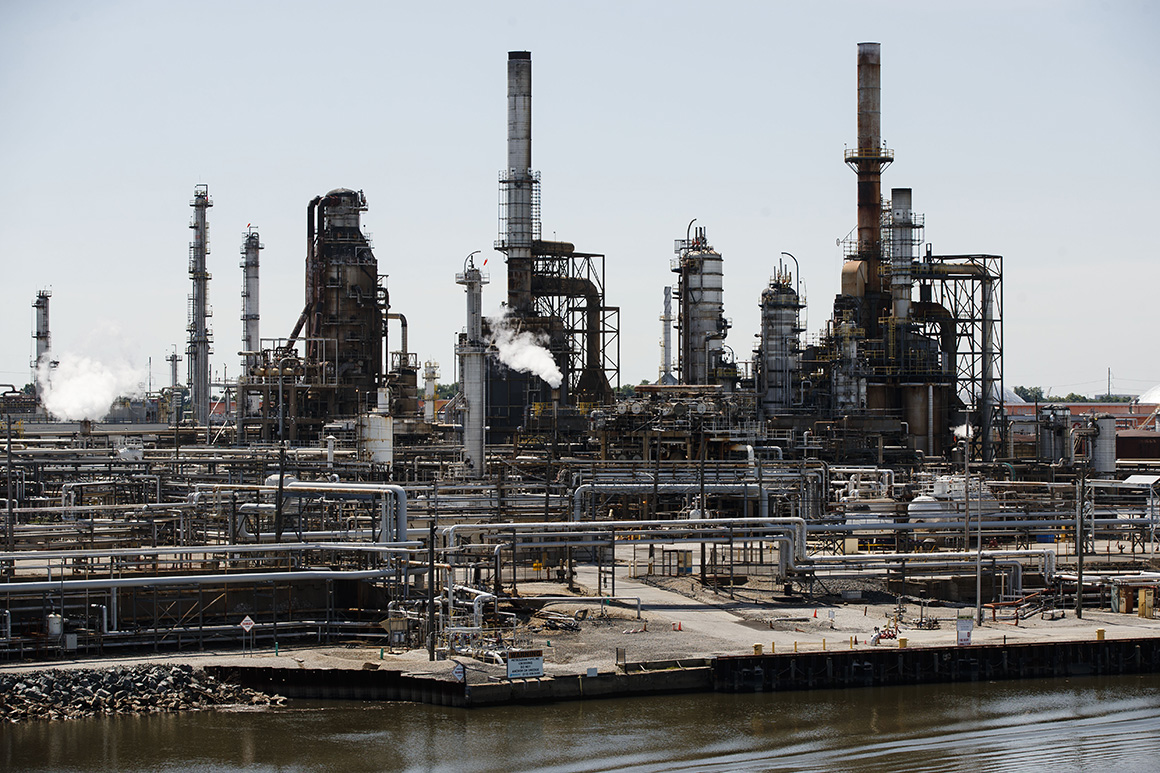 President Donald Trump proclaimed victory after helping to broker an OPEC-Russia agreement for the largest cut in oil production the cartel has ever seen. But a glut of crude in storage tanks, ships and pipelines around the world means plenty of trouble is still ahead for the U.S. oil jobs he’s trying to save.

After years of urging OPEC to raise oil production, Trump pressed both Russia and Saudi Arabia to end their month-long feud and curb crude shipments — a politically risky move that will contribute to higher prices at the gas pump just months ahead of the presidential election. But with U.S. shale oil sector slashing payrolls and begging for relief from the weakest oil prices in nearly 20 years, Trump swung behind the industry that has been among his biggest supporters.

“Does it save shale? Not necessarily,” said Randolph Bell, director of the Atlantic Council’s Global Energy Center. “But it’s a really good thing for his politics domestically.”

Trump hailed the final deal struck on Sunday that emerged after days of tense meetings among the oil cartel members and political pressure from the U.S. “Thank you to all of those who worked with me on getting this very big business back on track, in particular Russia and Saudi Arabia,” Trump tweeted on Monday.

….disaster, the Energy Industry will be strong again, far faster than currently anticipated. Thank you to all of those who worked with me on getting this very big business back on track, in particular Russia and Saudi Arabia.

Oil markets responded with only lukewarm enthusiasm for the final deal between between OPEC, Russia and other producers to cut 9.7 million barrels of production per day, with U.S. crude futures prices paring erasing an early rally to trade below $23 barrel by mid-afternoon. Still, prices for oil futures with delivery dates this summer rose nearly $2 a barrel, reflecting the expectation that the major effects of the deal won’t be seen for a few months.

Scott Sheffield, CEO of oil company Pioneer Natural Resources, told Bloomberg TV on Monday that many companies were selling their oil at half the futures market price, and that storage tanks in the key hub of Cushing, Okla., and along the Gulf Coast would be full a month from now.

“I think the 9.7 million barrels is not enough, it’s kind of late,” he said, adding later that “we need $30 oil to really save the industry.”

Trump said the overall output cuts would be closer to 20 million barrels per day — a figure experts said included cuts in the U.S., Canada and other countries that were not part of the OPEC package and were being driven by the poor market conditions.

Still, experts said the sharp drop in global oil demand estimated between 20 million to 30 million barrels per day will keep the market weak and prevent a significant jump in retail gasoline prices that would anger voters.

“I think the administration is just as wary as ever that marginal voters in critical states will see high gasoline prices as a bad sign,” said Kevin Book, analyst and managing director at ClearView Energy Partners. “If America’s back on the road and the pump prices are still low, the president is going to hit a sweet spot.”

Average U.S. gasoline prices were $1.86 a gallon on Monday, down nearly $1 from a year ago, according to the AAA.

Trump’s efforts to push the OPEC-Russia deal to completion — including his pitch late last week to contribute U.S. oil reductions to Mexico’s share of the cuts — won him praise from shale oil producers, even though many companies are still expected to suffer.

But McNally said the administration may yet resort to trade barriers that Trump has threatened to impose on foreign oil shipments. And the deal may address the massive global oversupply through June, he added, but won’t avert U.S. bankruptcies altogether. If the economy is still struggling deep into the summer, McNally said, “the risk is this powder keg blows this summer and fall, and blows in ways that linger into the election.”

Sarah Ladislaw, director of the Energy and National Security Program at the Center for Strategic and International Studies, said although Trump successfully “strong-armed” the pact, he won’t be able to lift the broader market. That means some companies will need more help, and they will continue to press the administration, even though the sector is divided about seeking aid.

“There’s not broad industry support for that.” she said. “I think the president can get harmed by the fact the industry is not going to do well during this downturn.”

Experts say Trump needs to balance the administration’s aid to the industry with keeping prices low for motorists. But others warn that the suffering in the oil patch could be a broader sign of a sluggish economic recovery, which would pose a serious danger to Trump’s reelection — even if it doesn’t put “ruby red” Republican states that dominate oil production at risk, ClearView’s Book said.

“Oklahoma and Wyoming are not places where a Republican candidate is likely to lose. The same could probably be said of Louisiana and Alaska,” he said. “There are those that contend Texas is on the cusp, but if Texas turns blue, it probably wouldn’t be because of oil.”

Sign up today to receive the #1-rated newsletter in politics.

That doesn’t mean lawmakers won’t take up the charge on behalf of their local industries, said Ladislaw, noting that lawmakers played a major role in drawing attention to the industry’s problems.

Measures such as cutting off military aid to Saudi Arabia, as suggested by Sen. Kevin Cramer (R-N.D.) or imposing tariffs, as sought by Trump backer and shale magnate Harold Hamm, surely caught the eye of the Saudi leaders, said Jason Bordoff, director of the Center on Global Energy Policy at Columbia University and a former energy adviser to President Barack Obama.

But those efforts are likely to fade with Saudi Arabia’s willingness to curb production to boost prices. Instead, the U.S. industry will now undergo a consolidation that will see fewer players emerge to operate the oil fields, Bordoff said.

“There’s some amount of shale produced by financially fragile companies that probably should not have been happening in the first place,” said Bordoff. “Coming out of this price collapse, whenever we’re able to restart the global economy, I think we’ll see a shale industry that is more consolidated, growing — albeit more slowly than before — and on balance stronger than before.”