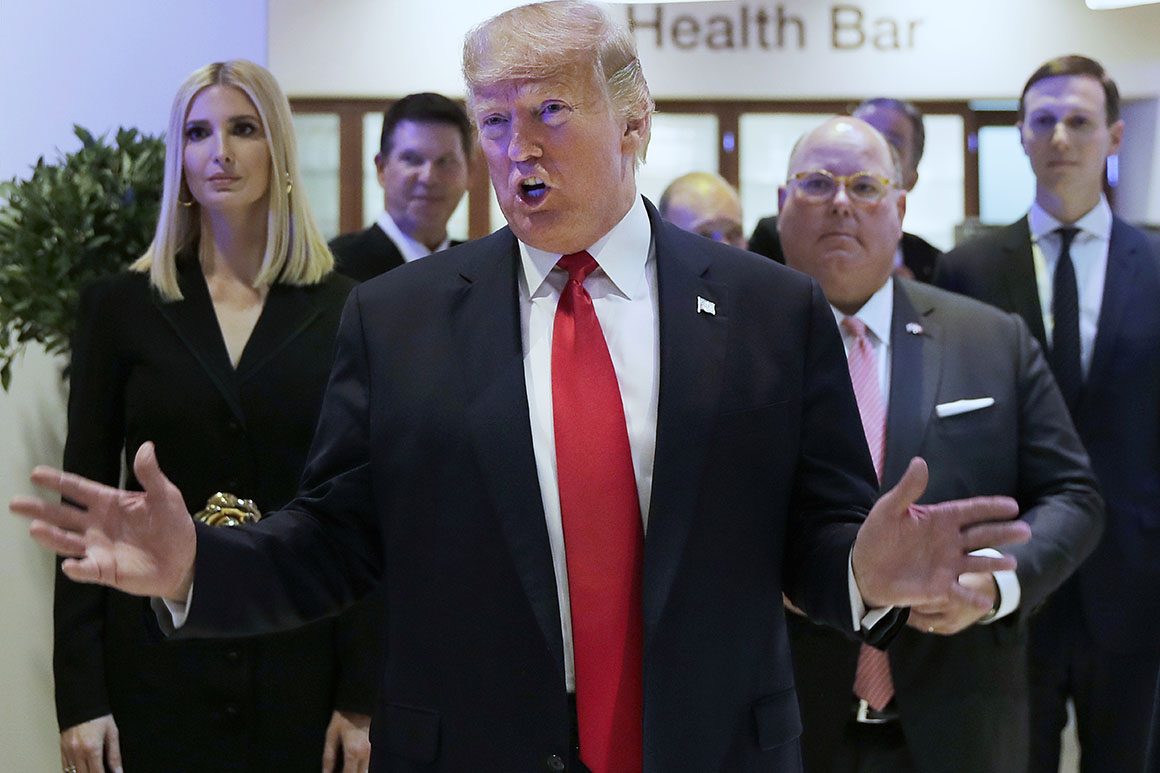 President Donald Trump on Tuesday warned the international community against heeding the advice of environmental activists — dismissing them as fearmongering “prophets of doom” who will cripple global economies and strip away individual liberties in what he described as a misguided mission to save the planet.

“This is not a time for pessimism. This is a time for optimism. Fear and doubt is not a good thought process because this is a time for tremendous hope and joy and optimism and action,” Trump said in his opening address at the World Economic Forum’s annual meeting in Davos, Switzerland.

“But to embrace the possibilities of tomorrow, we must reject the perennial prophets of doom and their predictions of the apocalypse,” he continued. “They are the heirs of yesterday’s foolish fortune tellers. And I have them, and you have them, and we all have them. And they want to see us do badly, but we don’t let that happen.”

The president’s repudiation of climate change activists before the assembly of business executives and foreign leaders represented yet another high-profile break between his administration and other Western powers regarding the grave nature of the threat.

“They predicted an overpopulation crisis in the 1960s, mass starvation in the ’70s, and an end of oil in the 1990s,” Trump said. “These alarmists always demand the same thing: absolute power to dominate, transform and control every aspect of our lives. We will never let radical socialists destroy our economy, wreck our country or eradicate our liberty.”

Trump boasted that his administration is “boldly embracing American energy independence” and has been “so successful that the United States no longer needs to import energy” from nations hostile toward American interests.

“With an abundance of American natural gas now available, our European allies no longer have to be vulnerable to unfriendly energy suppliers, either,” Trump said. “We urge our friends in Europe to use America’s vast supply and achieve true energy security.”

The president also claimed that the U.S. is among the countries with “the cleanest air and drinking water on Earth” and committed to joining the World Economic Forum’s initiative to plant one trillion trees across the globe.

“We’re committed to conserving the majesty of God’s creation and the natural beauty of our world,” he said.

A newsletter from POLITICO that unpacks essential global news, trends, and decisions.

Combating climate change is a major theme at this year’s Davos summit, where organizers have planned a meat-free day on Wednesday to highlight the effects of meat consumption on the environment.

Fielding reporters’ questions after his speech, Trump said he thought it “was very well-received” and insisted that he is a “very big believer in the environment.”

Trump has long vacillated on whether he believes in the well-established science that links human activity to warming global temperatures, on multiple occasions referring to climate change as a “hoax.”