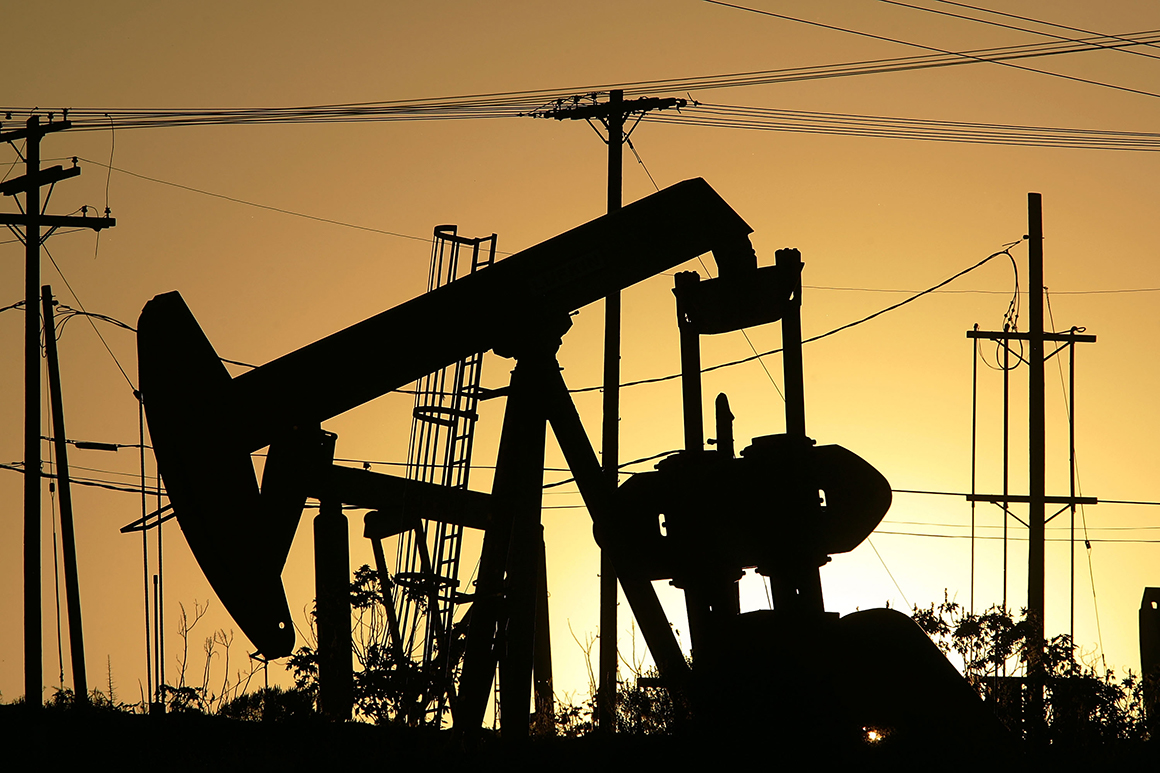 The lower payments come as crude prices have begun to rebound from the steep sell-off that briefly pushed some U.S. prices into negative territory last month. | David McNew/Getty Images

The Trump administration has slashed royalties that some energy companies pay for oil and gas produced on public lands to a fraction of their pre-pandemic levels in a move that is aiding some major producers in the hard-hit industry.

Among the companies that have benefited from the millions of dollars of cuts federal royalty payments are EOG Resources and Occidental Petroleum, according to department records provided to POLITICO by congressional aides and taxpayer watchdogs.

Critics contend that the Interior Department’s Bureau of Land Management move, which was announced in a letter to companies late last month, has been done with little oversight, and that royalty cuts will help prop up companies that were on weak financial footing before the coronavirus pandemic eroded oil demand. The department collected royalties of about $2.4 billion from oil an gas produced on federal lands in 2019, half of which was dispersed to the states where the wells are located.

“The Trump administration has provided virtually zero transparency on anything relating to bailouts of industry, and is deliberately resisting all efforts to bring sunlight to what is happening within Interior, Treasury and other agencies,” said Brett Hartl, government affairs director at the Center for Biological Diversity, which filed a lawsuit this week week on separate issues to force Treasury to disclose the names of companies that have been given loans under the CARES Act.

Oil and gas producers typically pay the federal government 12.5 percent of the revenues from onshore wells on federal land, but Interior has so far approved cut for more than 70 leases in Utah to between 2.5 and 5 percent, according to a database on BLM’s website. Interior in guidance earlier this month said it would consider reducing the royalty rate to as low as 0.5 percent.

BLM’s newly crafted guidance said the agency would process companies’ applications for royalty reductions on individual leases within five days. The waivers would last 60 days, after which a company could request a renewal.

The Minerals Leasing Act allows Interior to consider reducing royalties for companies that can show hardship and provide detailed information showing “a detailed statement of expenses and costs of operating the entire lease, the income from the sale of any production and all facts tending to show whether the wells can be successfully operated upon the fixed royalty or rental.“

Neither BLM’s speedy time frame for processing applications nor the minimum rate it offers is specified in the part of the Mineral Leasing Act provisions that allows Interior to offer royalty relief.

The lower payments come as crude prices have begun to rebound from the steep sell-off that briefly pushed some U.S. prices into negative territory last month as companies scrambled to secure storage space for their oil. And it comes as Interior canceled a rent holiday for renewable energy companies operating on federal land, handing the companies that have also been struggling because of the pandemic a bill for back payments.

Critics like Autumn Hanna, vice president of government watchdog Taxpayers for Common Sense, and David Jenkins, president of Conservatives for Responsible Stewardship, said the oil and gas royalty reduction shows the administration was prioritizing the energy industry over taxpayers and state governments.

“Not only does this boneheaded move shortchange American taxpayers and Western states at the worst possible time, it incentivizes oil production during the worst oil glut in history. That is the absolute last thing the market needs right now,” said Jenkins.

Critics also say Interior has refused congressional Democrats’ request for information about companies that have applied for royalty relief or even how often it has approved such measures, according to congressional aides.

“We asked them who’s applying and how many applications have you received,” said one congressional Democratic aide, who requested anonymity because the person was not authorized to speak to the press. “They won’t tell us. They won’t even tell us how many companies applied.”

“Not only does this boneheaded move shortchange American taxpayers and Western states at the worst possible time, it incentivizes oil production during the worst oil glut in history. That is the absolute last thing the market needs right now.”

A BLM spokesperson declined to provide information on how many companies had applied for royalty reductions.

“The BLM has authority to grant requests when it is in the interest of conservation to do so, or when it would encourage the greatest ultimate recovery of oil and gas. Because a request is filed does not guarantee that it will be granted,” BLM spokesperson Derrick Henry told POLITICO in a prepared statement. “For that reason, we are not releasing the number of requests received at this time.”

But digging through paperwork buried in BLM’s website shows Interior approved every one of the 76 royalty reduction applications that it received in April, all of which applied to leases in Utah, said Hanna of Taxpayers for Common Sense, who has been following the process. And the turnaround time of five days for each application suggested the process was “merely an exercise in rubber stamping for the BLM,” she added.

“BLM’s 0.5 percent as an example of what rate to request is outrageous,” said Hanna. “A drop from 12.5 to 0.5 percent just shows they are willing to accept virtually no royalties at all.”

Many of the requests came from Kirkwood Oil and Gas, a small operator based in Wyoming. But Interior also approved slashing royalty payments on a lease in Utah to 2.5 percent — one-fifth of the normal rate — for EOG Resources, a major independent oil and gas company that had helped lead the charge in developing shale fields. An EOG spokesperson did not reply to questions about the lower royalty payment rate.

Occidental Petroleum subsidiary Kerr-McGee Onshore had royalties reduced to 5 percent for oil and gas it produced on its nearly 900 acres in Utah. Occidental has itself been in financial trouble, posting a $2.2 billion loss in the first quarter, much of that attributed to its acquisition of Kerr’s parent company, Anadarko.

In other cases, Interior has allowed companies to suspend their drilling activities on federal lands, effectively allowing them to keep their leases despite halting production. But nearly all of those suspensions have gone to Chesapeake Energy, another company that had been a major force behind the shale boom but is now nearing bankruptcy after posting a $8.3 billion loss in the first quarter.

Suspending leases could make sense as a way to curb oil production on public land, said analysts. But giving aid to Chesapeake, one of the companies most responsible for flooding the market with oil and natural gas, could be offering help to a company that has its own share of run-ins with government regulators, including multiple citations for environmental regulation violations. In 2015, it paid a $25 million settlement to the government after allegations of price fixing.

“It is completely irresponsible for the Trump administration to let a company with such a troubled past walk away from these leases,” said Chris Saeger, director of strategic initiatives at watchdog group Accountable.US.