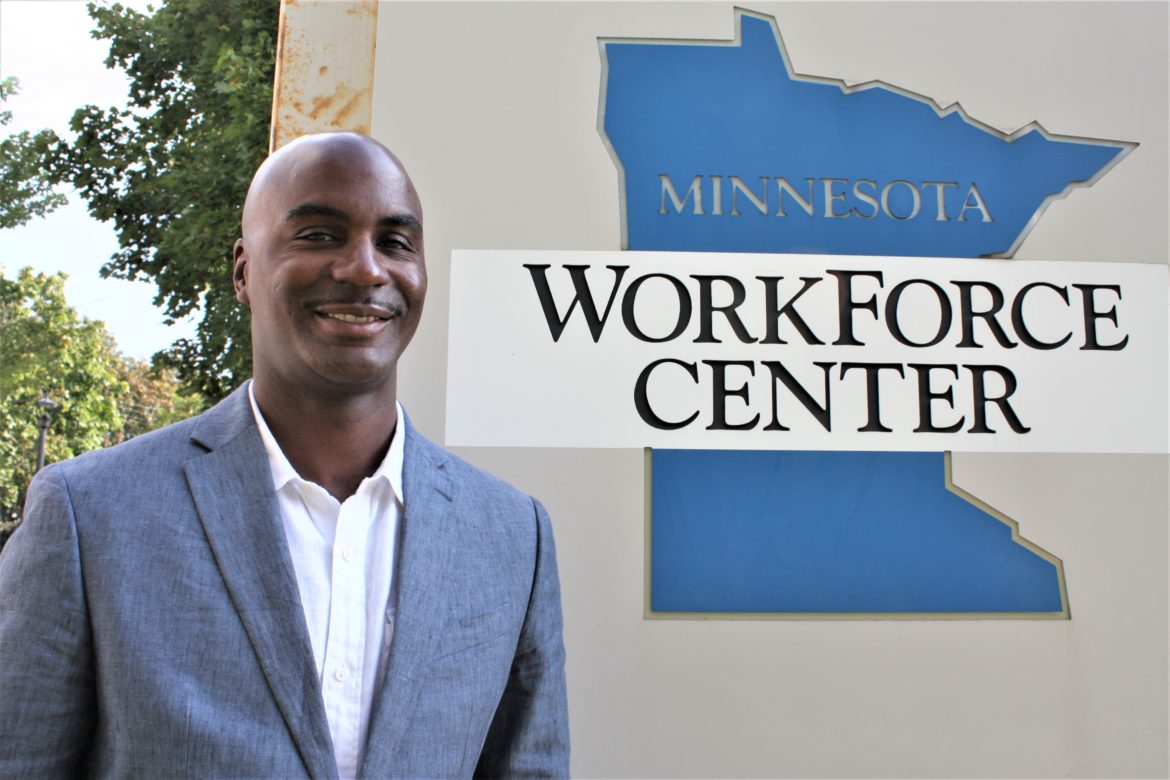 The racially diverse neighborhood of North Minneapolis could become the site of a novel educational and social equity collaboration.

The backers of a proposed North Minneapolis microgrid say they are continuing to add partners and build momentum for the project.

The microgrid would help anchor a clean energy jobs training center under development in the underserved and racially diverse neighborhood.

Clean energy entrepreneur Jamez Staples says his vision is to provide economic opportunities and make the area better equipped to respond to disasters, such as the tornado that ripped through the neighborhood in 2011.

“We want [the project] to become a beacon of resilience,” Staples said. “If there were another situation like the tornado or any sort of outage or cyberattack, we would know we have a place to go to — to charge our phones, to get essential services, to get supplies.”

A microgrid would also offer “a laboratory for students to learn from,” said Staples, CEO of Renewable Energy Partners, Inc. Although the details of the training center remain in development, preparing students for clean energy, science, and trades-related jobs remain a primary goal.

Staples has lined up a considerable cast of collaborators on the project, including long-time clean energy developer Michael Krause of Kandiyo Consulting. He is also in the process of inking a joint development agreement with Siemens, among the leading companies in commercial microgrids.

The University of Minnesota’s Energy Transition Lab secured state funding two years ago for a battery storage project that will be part of the microgrid. The university also signed a memorandum of understanding to provide free expertise in a host of areas to Staples and other North Minneapolis organizations.

Other stakeholders in the neighborhood will be invited to participate in the microgrid project and join the collaboration with the university, Krause said.  The Minneapolis Public Schools also have agreed to work with Renewable Energy Partners on the project and offer its rooftops to solar arrays.

The microgrid concept would include more than 1 megawatt of solar installed on three school district buildings. The training center would boast an electric vehicle charging area and a battery training storage system with an experimental electricity trading system. Several businesses in the neighborhood have solar installations and could, at some point, link to the microgrid.

The microgrid idea has been brewing for a few years. Staples and Krause worked with a group to tap the Rocky Mountain Institute’s eLab Accelerator for help. Six Minnesotans worked on refining a microgrid plan in 2018 at the Sundance Resort outside Salt Lake City. Among them was Ellen Anderson, then director of the University’s Energy Transition Lab, which received a $550,000 grant from the state for studying battery storage technologies. 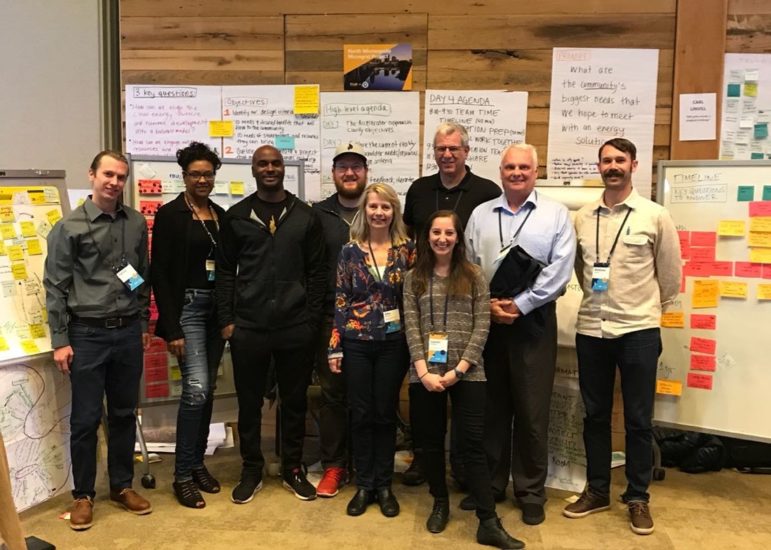 The microgrid would have four batteries with a likely 34-kilowatt capacity. The cells will pilot an energy trading system that could form the foundation of a clean energy concept called a “virtual power plant.” Electricity could be stored and dispatched when needed by the grid or transferred between batteries for later use.

“We’re really excited about the Sonnen batteries, which we are looking at and which are unique in that they are designed to allow you to connect among neighbors to create a community-based microgrid,” Anderson said. “We are hoping to be able to test some really new ideas that haven’t been done in Minnesota or the Midwest.”

The experiment may show how a homeowner with solar might someday sell extra power to a nearby school or into the regional power marketplace, she said. The batteries and the microgrid serve a larger purpose for the surrounding community by offering educational opportunities in energy storage, an area expected to see explosive growth.

Minneapolis Chief Resilience Officer Ron Harris likes the concept of a hub being available in times of crisis and has been studying the idea of putting another one in a South Minneapolis neighborhood. He said city officials he has spoken with endorse see the microgrid’s economic potential.

“It checks off so many goals the city cares about, whether it’s workforce development and education and training or climate change mitigation or reduction in energy use,” he said. “It feels like there’s support to move forward.”

Several hurdles remain. Krause and Staples have not done as much community outreach as they would like and expect to begin connecting with different organizations over the next few months. They are also considering a community solar garden to benefit the neighborhood and school district.

The microgrid lies in a federal “Opportunity Zone” that would be attractive to many investors, he said, along with tax equity, debt financing and money recovered by community solar subscriptions, Krause said.

The novelty of a microgrid in a disadvantaged neighborhood in a metropolitan area and state with one of the most significant economic disparity gaps in the United States was not lost on Dr. Massoud Amin, one of the nation’s leading authorities on smart grids and a supporter of the North Side microgrid.

The University of Minnesota professor of electrical and computer engineering and author of more than 200 papers on smart grids said few of the more than 300 microgrids around the world serve poor neighborhoods.

Microgrids generate between $2.40 and $6 in economic benefits for every $1 invested, Amin said. Along with the training center, the microgrid creates a path toward smart homes and smart cities where automated efficiency and locally produced power offer benefits to surrounding neighborhoods in terms of resiliency and potentially lower energy bills, he said.

The project pulls together the strengths of Minnesota’s clean energy economy to chip away at the yawning disparity gap while creating one of the state’s few microgrids.

“What Jamez and Michael are doing is fundamental to our community,” Amin said. “It has transformative powers of enablement in developing skills training for clean energy as a career path. It engages communities of color and creates pathways to STEM and green entrepreneurship in a hands-on environment.”