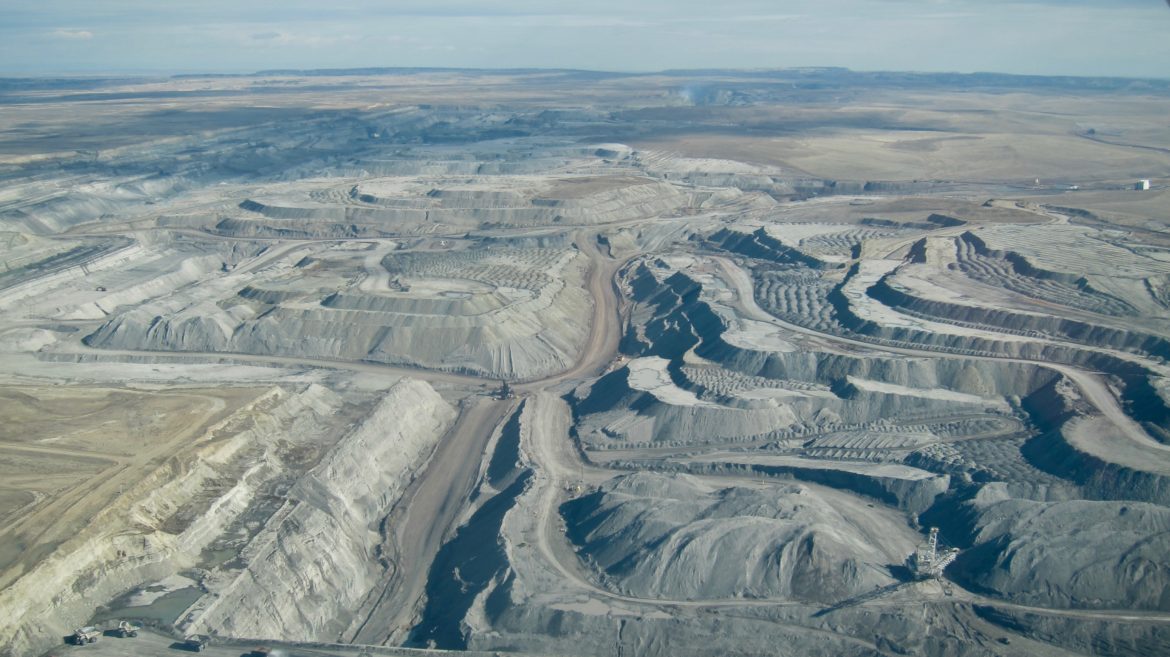 Coal country is not without options. But coal’s long legacy of hope, promises and failure has instilled a political inertia that won’t soon be overcome.

The 28-year-old man clearly had opinions on the future of coal, but wouldn’t share them until out of earshot of a group of unemployed miners at a gas station in southern West Virginia.

“Economically, these coal fields are dying,” he said, adding that he personally was done with coal. He’d finished three years of college before going into the mines, and was considering going back to become a teacher.

That conversation took place in 1956. It was recounted by Howard B. Lee in his book, “Bloodletting in Appalachia,” a history of West Virginia’s mine wars.

Central Appalachia has wrestled with decline ever since. It’s hard to see the end of coal when it’s been dying for 70 years.

The industry appeared to have a longer life ahead in Wyoming’s Powder River Basin, but the last decade has demonstrated otherwise. Yet despite a steady flow of data and warnings from experts, obscurity still exists, delaying a sense of urgency to prepare for drastic changes.

“Transition in Coal Country” is a collaboration of the Energy News Network and WyoFile, made possible by a grant from the Just Transition Fund. The series, reported by Mason Adams and Dustin Bleizeffer, examines how the declining coal industry presents immediate and long-term changes for coal communities in Wyoming and Appalachia, how those communities are coping with change, and what they might learn from each other in charting a path to a sustainable future beyond coal.

In Wyoming, every bust has been followed by another boom in one fossil fuel or the other. Politicians promised voters that coal would drive wealth in Wyoming for generations to come. Now coal’s demise is met with consternation and confusion. Even as it downsizes, the Powder River Basin will remain the cheapest-to-mine thermal coal region in the U.S. with the potential to pick up new supply contracts as higher-cost thermal coal mines close elsewhere. Wyoming is expected to be the last U.S. thermal coal supplier standing in a permanently shrinking industry.

“Seems like everybody is going on with their life,” said Mike Wandler, president of Gillette-based L&H Industrial, an international manufacturer that also serves the coal, oil and natural gas industries. “There’s still trucks flying off the lots, people are buying things, there’s not a big fire sale. I guess I would say I’ve seen it a lot worse than this. I’ve seen it where you couldn’t rent a U-Haul because everybody was loading them up and heading out. And that’s not happening right now.”

Both regions stand at a crossroads, faced with the decision to lay the groundwork for a post-coal economy or continue to lean into the fossil fuel-powered economic engine that propelled them for decades.

As conventional wisdom goes, hope is not a strategy. The coal industry is still contracting in both regions despite the fact that coal’s political allies hold power on local and federal levels.

“None of the promises that coal was coming back happened,” said Sean O’Leary, a senior policy analyst with the West Virginia Center on Budget and Policy. “There’s no turnaround. This is a structural decline.” 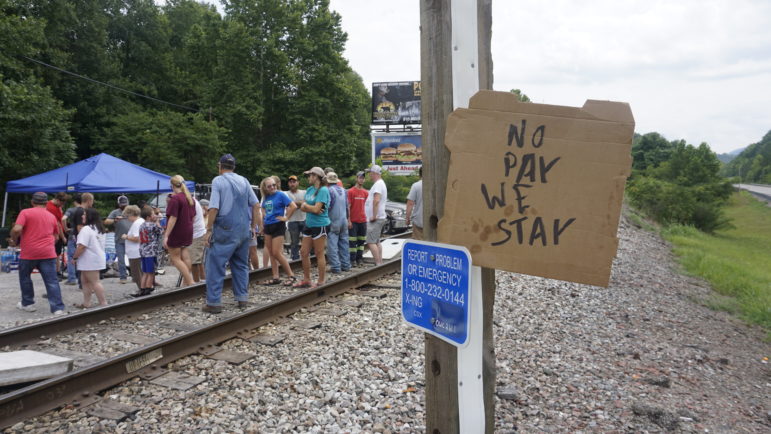 Appalachia produced the bulk of the nation’s coal before it began to fall off in the 1970s; it was surpassed by the Powder River Basin around the turn of the millennium. Along the way, central Appalachia faced a series of moments when it seemed it might diverge from its reliance on coal.

The passage of the Surface Mining Control and Reclamation Act of 1977 marked a potential reset point — when the cost of cleaning up abandoned mines would be covered, and new regulations would ensure the reclamation of surface mines in the future. In retrospect, the law essentially normalized the more environmentally intensive techniques of mountaintop removal mining and handed the responsibility of enforcement to state regulators, who just as often worked to help the industry as watchdog it.

In 2013, U.S. Rep. Hal Rogers, a Republican and longtime friend of coal, endorsed an initiative to develop a new economy in eastern Kentucky just a year after he had blasted then-President Barack Obama’s so-called “war on coal.” Eastern Kentucky’s prospects have only grown bleaker as coal has continued to wane.

The 2019 miners’ blockade of a train carrying $1.4 million in coal for bankrupt operator Blackjewel seemed to mark yet another moment of cultural shift. Some of the miners went back to work for other coal companies, and one operator that received assets in Blackjewel’s bankruptcy has now filed for bankruptcy itself.

In Wyoming, Blackjewel’s sudden bankruptcy resulted in a months-long pause in the operation of Eagle Butte and Belle Ayr mines, which threw miners’ lives into chaos, but ultimately resulted in no permanent closure of major mining operations in Wyoming.

That lack of a clear rupture in Wyoming coal might contribute to the ongoing political inertia to plan for coal’s structural decline.

University of Wyoming economist Jason Shogren said that with every challenge to coal, Wyoming chose to increase its wager on the industry’s future.

“We knew this was coming 25-30 years ago,” Shogren said. “We knew that there was going to be a push on reducing fossil fuels for climate change with the Kyoto Protocol back in 1997, and people in the state just decided to run with it. They decided to play defense, and now that day is here.”

Wyoming Gov. Mark Gordon’s policy director, Renny MacKay, told WyoFile in a 2019 interview that the state is focused on the need for economic diversification, and it is prepared to help communities struggling with the downturn in coal. However, MacKay said, the governor makes an important distinction when it comes to discussions about communities facing the challenge of an energy transition. “We don’t really call it transition,” MacKay said, “because the communities aren’t looking to transition in Wyoming.”

Wyoming isn’t participating in policymaking that embraces a purposeful shift away from coal, MacKay said. It’s fighting against those forces.

In the Interior West, Wyoming is the only state with no renewable portfolio standard or goals for reducing carbon emissions other than Idaho, which already gets most of its electricity from hydropower. In January, Wyoming joined Montana in jointly petitioning the U.S. Supreme Court to overturn Washington state’s regulatory roadblock to a proposed coal port expansion on the Columbia River — key to shipping more Powder River Basin coal to Asian markets. Gordon said he’ll continue pitching Wyoming coal to potential Asian buyers, supported by $1 million in Wyoming taxpayer dollars.

Gordon signed into law a mandate forcing utilities to seek a third-party buyer for coal units in the state that they want to retire ahead of schedule. The state launched an investigation to challenge Rocky Mountain Power’s economic and market analysis used to justify its plans to speed up the retirement of coal-fired power plants.

Perhaps the biggest factor when it comes to efforts to transition, for both Wyoming and Appalachia, is whether voters will continue to endorse efforts to save coal or help coal-dependent communities move beyond it. 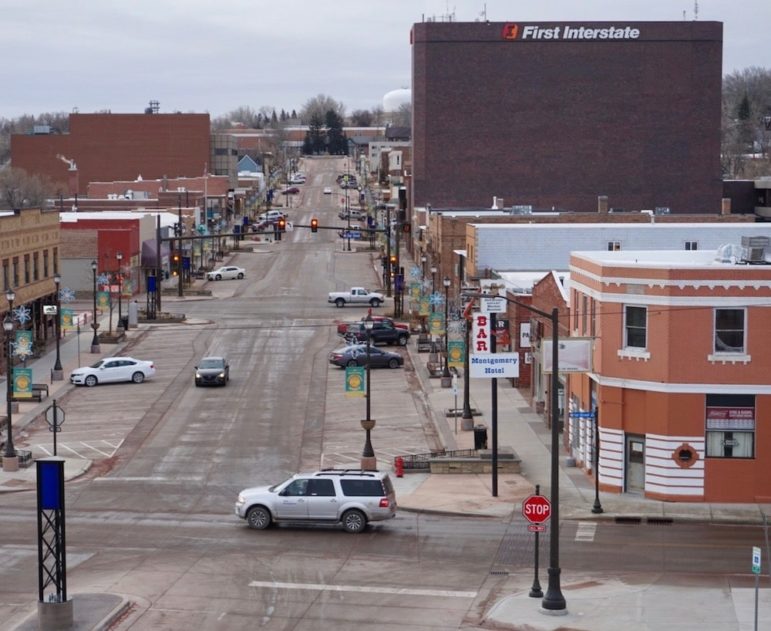 Gillette has long served as the hub of the Powder River Basin coal complex, which supplies about 40% of the nation’s thermal coal for power generation. Mine workers and local businesses have scrambled to adjust to a coal industry downturn that may only get worse. (photo by Dustin Bleizeffer / WyoFile)

Wyoming has several resources at hand to help itself in the decline of coal. More immediate mitigating tools include decommissioning and jobs programs among utilities that plan to retire coal-fired power units in the state, as well as coal mine reclamation — a potential $2 billion endeavor in the Powder River Basin. Wyoming also has more than $20 billion in savings and investments — some of which could be used to more directly help coal communities.

“If we’re thinking about hard times and any kind of insurance package to help smooth out the income stream over half a century, a lot of attention should be paid to the sovereign wealth fund,” Shogren said. “If people in Wyoming were more aware of what they actually have in [state savings and investments], we might be more aggressive in how we choose to invest those resources.”

A recent analysis suggests the state can give itself more leeway in how it invests its sovereign wealth. “Everyone agrees that the downturn in the minerals industry is bad news for Wyoming,” author Ben Gose wrote in a series published by WyoFile. “But Wyoming’s weak investment returns also represent a significant — and rarely discussed — reason the state is going to have to cut spending or raise taxes.”

States actively seeking coal transition strategies, such as Colorado, are looking toward securitization. It’s a refinancing tool that can help reduce the ratepayer impact of retiring coal units early. Portions of savings from securitization go toward renewable energy and community development projects, which can in turn attract additional funds from the federal government.

Coalfield communities “literally fueled the growth of the nation,” said Peter Hille, president of the community economic development nonprofit Mountain Association in eastern Kentucky. “There is a debt to be paid. Justice demands we bring new investment to these places: to build a new economy, to revitalize communities and to educate people of all ages to be ready.”

Congress continues to consider its role in sustaining coal country, too. In July, U.S. Sen. Tammy Duckworth of Illinois introduced “the Marshall Plan for Coal Country Act” to establish a plan to stabilize local economies after a mine closure, fund environmental restoration and provide healthcare and higher education for coal workers.

None of these packages come cheap. The geographic scope and sheer depth of the crisis facing coal communities requires a heavy investment that only the federal government is capable of making. Congress has previously intervened for coal miners and their families. In December 2019, lawmakers shifted money from an abandoned mine land fund to prop up the United Mine Workers of America’s 1974 retirement plan, which had been squeezed over decades and thrown into uncertainty by the recent bankruptcy of Murray Energy.

Securing support for an expensive, large-scale transition in coal country will be challenging, especially amid the coronavirus pandemic. On one hand, lawmakers — especially conservative Republicans who represent coal communities on Capitol Hill — may be wary of voting for such a large expenditure after spending trillions on economic stimulus bills. On the other, the transformative effect of the pandemic during a presidential election year may provide a rare opportunity to build political consensus behind a transition package.

“I feel like there’s a lot of energy behind systems change right now,” said Mary Cromer, deputy director of the Appalachian Citizens Law Center. “There are a lot more discussions about just transition now than there were before. Some of that is because just transition is part and parcel to the rethinking of the way we’ve ordered our society that’s going on right now. I am hopeful about that.”