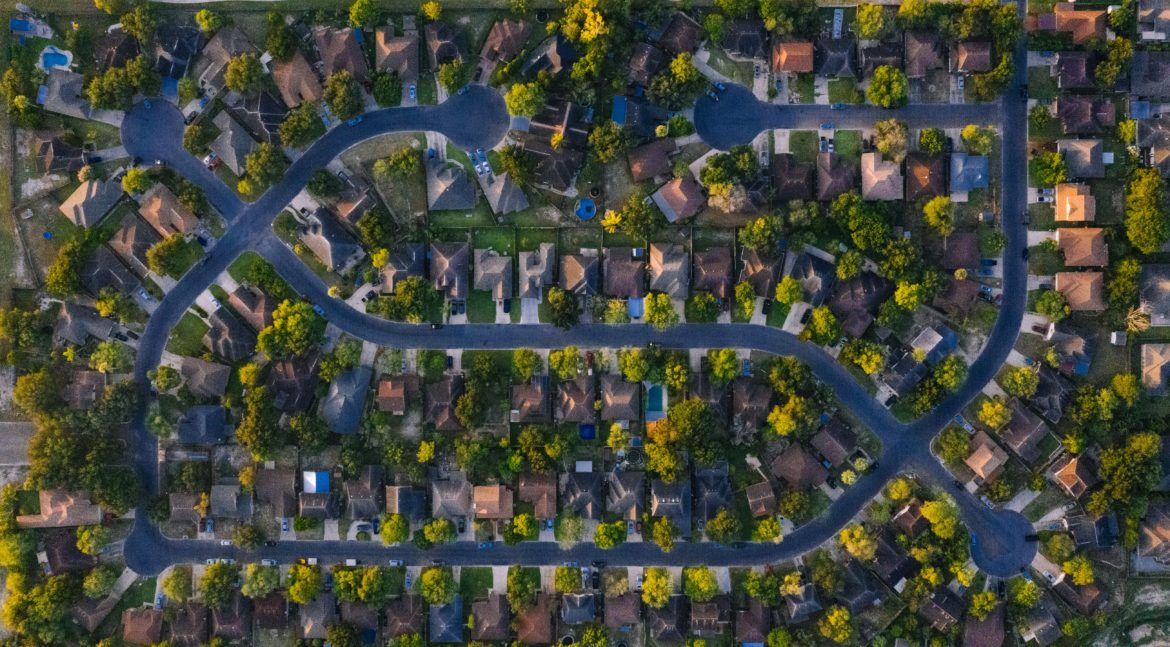 The analysis by University of Rhode Island researchers found an average 5% decline in home values after solar projects replaced farms or forests in high-density suburbs.

One of the most comprehensive studies to date on how solar projects affect housing values suggests that siting large arrays on suburban greenspace can harm home values within a 1-mile radius.

The new study from the University of Rhode Island looked at more than 400,000 transactions in New England over a 15-year period. It concludes that in areas where open space is scarce, covering undeveloped land with solar panels can cause an average 5% decline in home values relative to homes 1 to 3 miles away.

The analysis found very little to no impact on home values when solar arrays were built in rural areas, or on landfills and industrial areas. It did not distinguish between projects based on aesthetic factors such as setbacks or buffers.

“The key takeaway for me is that these results are picking up the loss of a valuable amenity: green space,” said Gregory F. Nemet, a professor in the La Follette School of Public Affairs at the University of Wisconsin-Madison who studies the interaction between energy systems and public policy. “This is not about proximity to solar panels being a negative.”

Nemet said it makes sense that replacing green space with solar panels would have a “downward effect” on nearby property values, “not because of any negative aspects of solar but because of the loss of green space, which clearly is valued in home prices.”

The study is among the largest of its kind to examine the link between solar and home prices. Previous smaller-scale studies conducted by professional property appraisers, usually at the request of solar developers, have found virtually no impact so long as projects are not right up against homes and are well-shielded from view.

The University of Rhode Island researchers — Corey Lang, an associate professor of natural resource economics, and Vasundhara Gaur, a doctoral student — reviewed housing transactions before and after the development of 208 solar arrays in Massachusetts and Rhode Island between 2005 and 2019. The first array came online in 2010.

The sample included 71,337 housing transactions within 1 mile of the arrays, and 347,921 transactions between 1 to 3 miles away.

Averaging the impacts across all transactions, and controlling for housing characteristics, they found that houses within 1 mile of a solar array of at least 1 megawatt sell for 1.7% less than houses 1 to 3 miles away. That’s the equivalent of about $5,750, based on an average property price of $327,700.

The impact was considerably greater, however, when arrays were built on greenfield sites in non-rural areas, or within a tenth of a mile (528 feet) of homes.

“Similar developments on farm and forest lands in rural areas have no impact on nearby properties,” they said.

Like Nemet, Lang believes that the study is measuring the impact of losing open space.

“In those non-rural areas, farm and forest land is scarce, so that’s why we hypothesise we see the biggest impacts there,” he said.

However, he also thinks that proximity to solar does play a role.

“There’s sort of a double impact there of loss of green space and replacing it with an industrial view shed,” he said.

But what about projects that are shielded from view? Rich Kirkland, owner of Kirkland Appraisals in Raleigh, North Carolina, thinks the study falls short in failing to delineate the impacts of projects that are adequately screened from those that are not.

Kirkland has prepared appraisal reports for solar developers across 17 states for nearly a decade, and he has found that the only negative impacting factor from solar farms is appearance. If they’re properly screened, and have enough of a setback and a buffer from neighboring properties, they are a “non-factor” relative to home values, he said.

The University of Rhode Island study doesn’t “distinguish between whether there’s good screening or not, and that’s a problem,” Kirkland said. “How do we know it’s not a 12% hit if there’s no screening, and a 0% hit if there is screening?”

Lang acknowledges that the study lacks that level of detail, but he said there is “a lot of power in the analysis” because of the study’s size — “it was large scale, a lot of solar arrays.”

What the study is ultimately showing is peoples’ preferences relative to solar siting, he said, and “we need to incorporate their preferences into siting decisions.”

Nemet agrees that siting large solar arrays on brownfields, commercial roofs, airports, and schools “makes a lot more sense, and I doubt you would see any effect on prices in those examples.”

Hank Webster, Rhode Island director and staff attorney at Acadia Center, said that while they are also supportive of smart siting principles, they are concerned that the report’s findings might be used to oppose all solar development, including projects on farms that could provide the additional revenue farmers need to stay in business.

“Some towns might ignore certain contrary findings in the paper that indicate rural property values are unaffected by solar development, or that maintaining proper vegetative buffers could completely mitigate any perceived visual effects,” Webster said.

The study is already being used as ammunition to oppose a 3-megawatt solar project proposed for a portion of a golf course in Stonington, Connecticut. Just one day after its release on Sept. 30, homeowners who live close to the development site repeatedly referred to the findings at a virtual public hearing before the Connecticut Siting Council.

Homeowner George Rezendes, who said the project will be “in my backyard,” noted the study’s finding that homes within 528 feet of a large solar array saw an average 7% decline in value. But that finding could be irrelevant, he said, as “the prospect of even being able to sell a property this close to a solar facility is unlikely, using the common-sense test.”

Lang said he couldn’t really comment on the potential impact of siting solar on a golf course — “we didn’t have any in our dataset.”