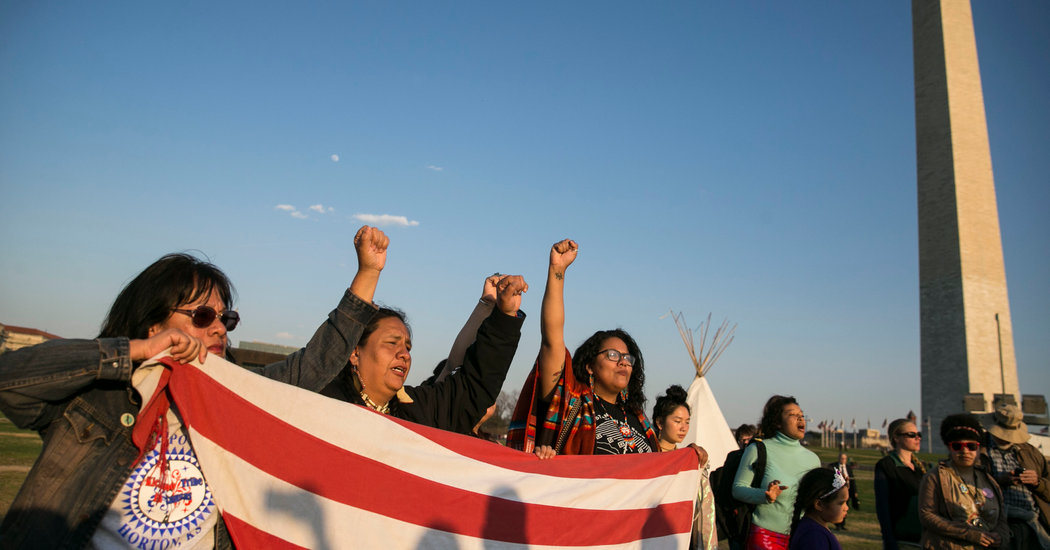 WASHINGTON — In a significant victory for the Standing Rock Sioux Tribe, a federal judge on Wednesday ordered a sweeping new environmental review of the Dakota Access Pipeline.

The pipeline, which runs from North Dakota to Illinois, has been carrying oil for nearly three years and has been contested by environmental groups and Native American tribes who live near it. President Trump sought to keep the project alive.

The ruling by United States District Judge James E. Boasberg found that the pipeline’s “effects on the quality of the human environment are likely to be highly controversial” and that the federal government had not done an adequate job of studying the risks of a major spill or whether the pipeline’s leak detection system was adequate.

He ordered the United States Army Corps of Engineers, which granted the permits for the pipeline, to conduct a more extensive environmental impact statement.

“This is a really major step in the history of this effort,” said Jan Hasselman, an attorney with the environmental group Earthjustice who represents the Standing Rock tribe in the lawsuit.

Members of the Standing Rock Sioux Tribe, whose reservation is less than a mile from the pipeline, have said they worry a spill under the nearby Missouri River would pollute water they rely on for fishing, drinking and religious ceremonies. The tribe in 2016 sued in Federal District Court in Washington, D.C., to stop construction and won an early victory in the Obama administration when the Army Corps of Engineers announced it would seek alternative routes.

Four days after President Trump took office in 2017, he signed an executive memorandum directing the corps “to review and approve in an expedited manner” the pipeline. The move prompted rallies outside the White House and Trump International Hotel. By June of 2017, oil began flowing through the pipeline.

On Wednesday, Judge Boasberg also ordered both the tribe and the federal government to submit briefs on whether the pipeline should continue operating during the period of the new environmental review. Mr. Hasselman said the tribe would ask for it to be shut down until the review is completed.

Representative Raúl M. Grijalva, Democrat of Arizona and chairman of the House Natural Resources Committee, said the ruling was proof that the Trump administration is so intent on pushing through fossil fuel projects that it fails to properly follow the law.

“Industry needs to learn that if you throw in with the Trump administration, you will bear the costs of its reckless incompetence,” he said.

Judge Boasberg wrote that “the Court thus cannot find that the Corps has adequately discharged its duties” and ordered a more stringent review. Specifically, he ruled that the original study did not adequately consider whether an oil spill under the Missouri River would affect the tribe’s fishing and hunting rights; whether the project might disproportionately affect tribes and other at-risk, low-income communities; and whether the pipeline’s effects on the environment would be “highly controversial.”

The Army Corps of Engineers did not immediately respond to a request for comment.