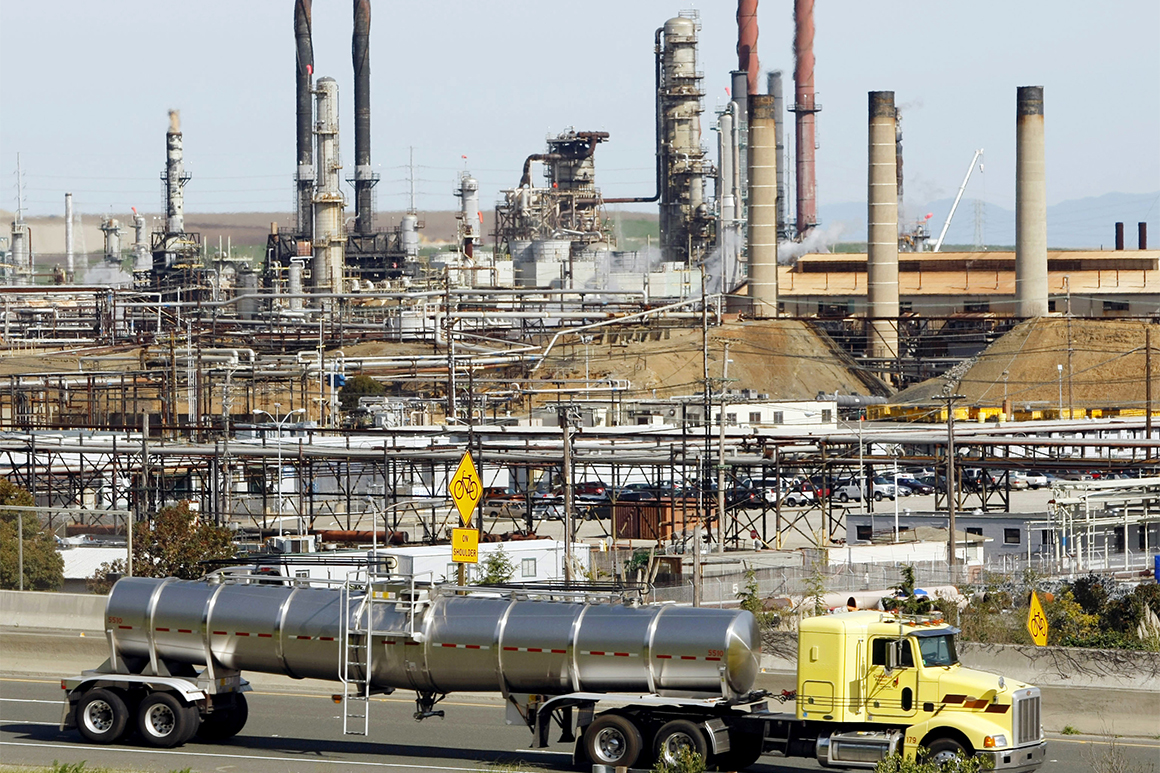 The sponsor of an amendment to the Democratic Party policy platform calling for ending fossil fuel tax breaks and subsidies said the Democratic National Committee stripped the text without his permission, calling the DNC’s explanation for its removal “100 percent false.”

John Laesch, a member of the DNC platform committee, told POLITICO that he gave “no consent” to scrap the language that had already been approved, contradicting the DNC’s statement to POLITICO on Tuesday that it had received permission from him, as well as the campaigns of Joe Biden and Sen. Bernie Sanders (I-Vt.).

“I definitively did not agree to drop my amendment and there was no misunderstanding,” said Laesch, a carpenter who is running for mayor of Aurora, Ill.

The sparring over the fossil fuel language reflects a deeper mistrust between the DNC and progressive climate activists who contend the Democratic Party has failed to take aggressive positions against oil, gas and coal companies who have lobbied against policies to swiftly reduce greenhouse gas emissions.

Biden and his running mate, Sen. Kamala Harris (D-Calif.), both support ending fossil fuel tax breaks and subsidies, but the platform that delegates received ahead of this week’s virtual convention omitted that language. The platform was officially approved on Tuesday.

“@JoeBiden continues to be committed to ending U.S. fossil fuel subsidies & then rallying the rest of the world to do the same—as was outlined in his climate plan last year. Here at home, he’ll use those dollars to instead invest in a clean energy future and create union jobs,” Biden campaign policy director Stef Feldman tweeted Wednesday.

The DNC said it had included Laesch’s amendment in error in a July 27 “manager’s mark,” which included a raft of provisions. The language was approved in that vote but subsequently stripped from the platform, a move Laesch said not only violated rules but also was done without his consent.

Laesch said he was in constant contact with the Sanders campaign, including the morning of the vote on the manager’s mark. He said he consistently refused to drop the amendment despite urging from the Sanders campaign, which had said the DNC was prepared to scrap other climate provisions if he didn’t budge.

But a Sanders campaign official said Laesch had initially given his reluctant agreement to pull the language, then later changed his mind and wanted it included. “By that time he had changed his mind it was too late,” the person said.

The DNC did not immediately respond to a request for comment.

While Biden and Harris support ending tax breaks and subsidies, the DNC’s excluding the language could raise questions about whether Democrats in Congress would work with a potential Biden administration to accomplish those goals, said R.L. Miller, a DNC member-elect who founded the group Climate Hawks Vote PAC.

The skepticism from progressives dates back to 2016, when many felt the concerns they and their preferred candidate Sanders shared were pushed aside in favor of eventual nominee Hillary Clinton. The animosity lingered heading into this year’s primary process, as the DNC rebuffed progressives’ calls to hold a presidential debate on climate change.

Laesch said his original amendment also included instituting a prohibition on tax breaks for new technology touted by the oil, gas and coal industry, such as carbon capture, utilization and storage and direct air capture. That language was ultimately ditched in the version approved in the manager’s mark.

Biden’s climate plan would allow for use of those next-generation innovations, which aim to trap emissions from fossil fuels before they escape into the atmosphere. Some climate activists, however, believe they are ineffective and will prolong the use and political power of fossil fuels.