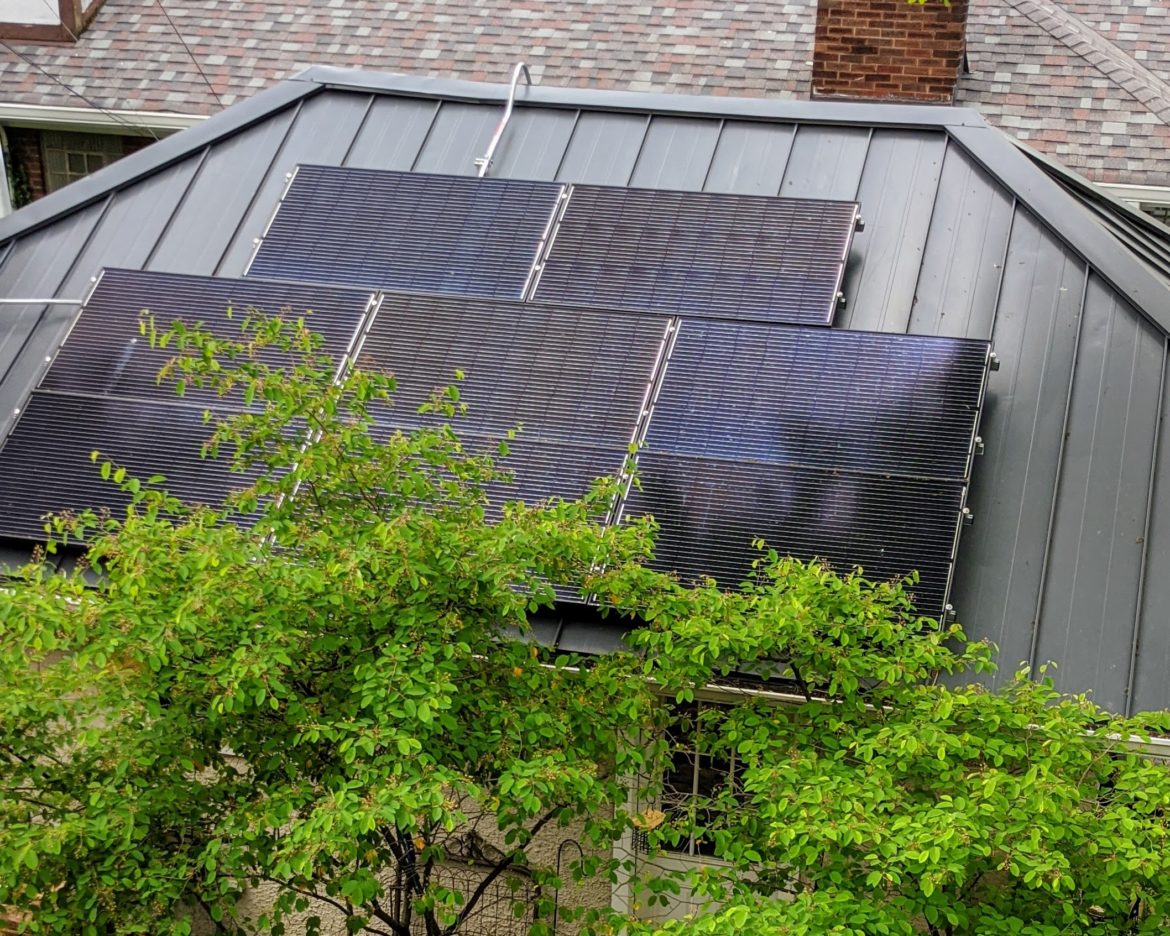 The program vets solar installers, negotiates a bulk rate, and provides support to participants throughout the process.

As Dan Orum grilled dinner one night in early June, through an earbud in one ear he learned the ins and outs of how to get a solar installation on his home in the Chicago suburbs and collect state and federal incentives before they expire. A few days later, he had signed a contract to be part of Solarize Chicagoland, a group-buy program that has been popular in its second year, despite the pandemic’s chilling effect on the economy and the larger solar industry.

Orum had long been interested in solar because of the environmental benefits, but had never found the time or motivation to wade through all the options and requirements. The webinar he listened to while cooking that night made it clear that the group-buy program would offer him a good price for solar with support at every step of the process, working with a developer vetted and chosen by the Midwest Renewable Energy Association and other partners.

“I’m a pragmatic environmental person — I want to do everything I can, but I wouldn’t pay double to get those benefits,” said Orum, who lives in Elmhurst, west of Chicago, and works in technical sales. “[The Solarize webinar] really helped solidify what a good financial decision it is in addition to the environmental impact.”

This week, Orum’s panels are being installed — the first Solarize Chicagoland installation of 2020. Windfree Solar, the developer, has about 30 additional projects in the works under the program — which all ideally must be installed by the end of 2020 to take advantage of federal and state incentives.

Participants and backers of Solarize are hoping more join, since the project is close to meeting a benchmark that means an additional rebate for all customers who signed up this year. Windfree offers participants a price about 20% lower than its usual price, according to program manager Adam Perri, and they get an additional rebate based on how many total kilowatts are being built through the program in a given year.

The rebate will be 5, 10, 15 or 20 cents per kilowatt per installation, depending on whether the total program reaches benchmarks of 50, 150, 250 and 500 kW this year. The deadline to sign up for 2020’s program is Sept. 30, and the Citizens Utility Board, a partner in the program, is encouraging people to join in hopes the third benchmark of 250 kW can be met. That would mean an average rebate of $975.

Citizens Utility Board environmental outreach coordinator Christina Uzzo said the program may hit all four benchmarks this year, which would mean an average rebate of $1,300 per installation.

Last year, the program included 124 installations for a total of 870 kW, with GRNE solar doing the installations.

Andre Pavkovic, who lives in the suburb of Wilmette, had been hoping to get solar since 2000, and even installed a metal roof conducive to solar. But for years “according to my calculations, it just didn’t pay for itself in the lifespan of the equipment,” said Pavkovic, head of IT for a medical college. Last year he and his wife attended a Solarize presentation at a library, and Citizen Utility Board’s involvement convinced him to move forward with Solarize.

“I’ve known about CUB for a long time — since I was a young adult I’ve trusted them” to fight for customers on telephone service rates and other utility matters, he said. “There are sometimes issues with small contractors who over-extend themselves, start a job and can’t finish it. The fact CUB was behind it helped me say, ‘Okay, they’ve vetted these people, they’re also helping to oversee the program.’ That gave me more confidence going in.”

Pavkovic’s installation, by GRNE, wasn’t complete until this summer. But he said the developer reduced his bill in order to give him credit for the additional federal tax break he would have received if the installation was completed last year. He said he is very happy with the installation, which supplies about a third of the energy for his home, and may get an electric vehicle in the future that can be powered in part by solar.

Citizens Utility Board said installations from last year’s Solarize Chicagoland program are estimated to be saving residents a total of $100,000 on their electric bills this year. Last year, almost 1,000 people attended one of Solarize Chicagoland’s 65 in-person presentations. The pandemic ended in-person presentations, but Orum said he was actually more likely to be able to find time to listen in to a webinar.

Orum and other past participants said that while the rebate and price break are helpful, the informational and logistical support and accountability is what really drew them to the program.

“As I’ve done more research, I see I may not have gotten the absolute cheapest price you could get — there may be installers who do it for less,” Orum said. “But I took some comfort in the fact that the installer goes through this process with CUB and MREA.”

Perri, program manager for Windfree Solar, noted that many customers considering solar “are nervous, they don’t understand it, they don’t know who to trust. But that they know that they can trust us, because we’ve been vetted and we have oversight” through the program. “We may not have the lowest price, but we have a great price with a trusted company.”

Uzzo said the impact of Solarize goes well beyond those who end up signing up with the program.

“Our main goal as consumer advocates with this program is to spread awareness about the incentives available for going solar, and for people to come away as informed solar consumers ready to talk to solar companies,” she said. “The biggest hurdle is educating people about incentives. A lot of people in Illinois don’t realize just how affordable solar has become and just how many incentives are available. It’s unfortunate that just as homeowners are learning about them, incentives are being phased out. We want people to be aware of how it works and the fact that those incentives go away.”

Solarize Chicagoland helps people apply for the federal tax credit, and for the right to sell solar renewable energy credits under Illinois’s Future Energy Job Act. But the federal tax credit is ratcheting down and expiring in 2022, and unless a new state energy bill is passed, there will be little funding left for the solar credit program.

Steve Bob, a business consultant in the suburb Elgin, became interested in solar when someone suggested the church where he was treasurer should get panels. The church didn’t, but last year Bob went through Solarize to get an installation on his home.

“I think it’s a significant benefit for the planet and climate issues, and I’m very happy about the financial side,” Bob said. “The pandemic has affected our savings, we’re all using more electricity, but still I expect to break even financially in 12 years or so” — then continue reaping energy savings of about $20 a month. He works with the Clean Energy Credit Union to finance the up-front cost.

“For many people it does seem like a long-term commitment, but it’s the kind of thing I want to do because it is beneficial for the environment and the resale of this house.”

David Fabbri noted that he and his wife had long wanted to do something more concrete to help the environment than recycling or driving a hybrid car. They signed up for Solarize Chicagoland last year.

He noted that the upfront cost — before tax breaks, credits or rebates materialize — is still steep. His installation cost $15,300, with about $4,500 in tax breaks and $7,000 in credits expected, plus the rebate, for a net cost of about $3,000. At age 54, he said he doesn’t know if he’ll be around to reap the full 30-year energy savings of the installation, but “we didn’t do it to save money — did it to do something better for the environment.”