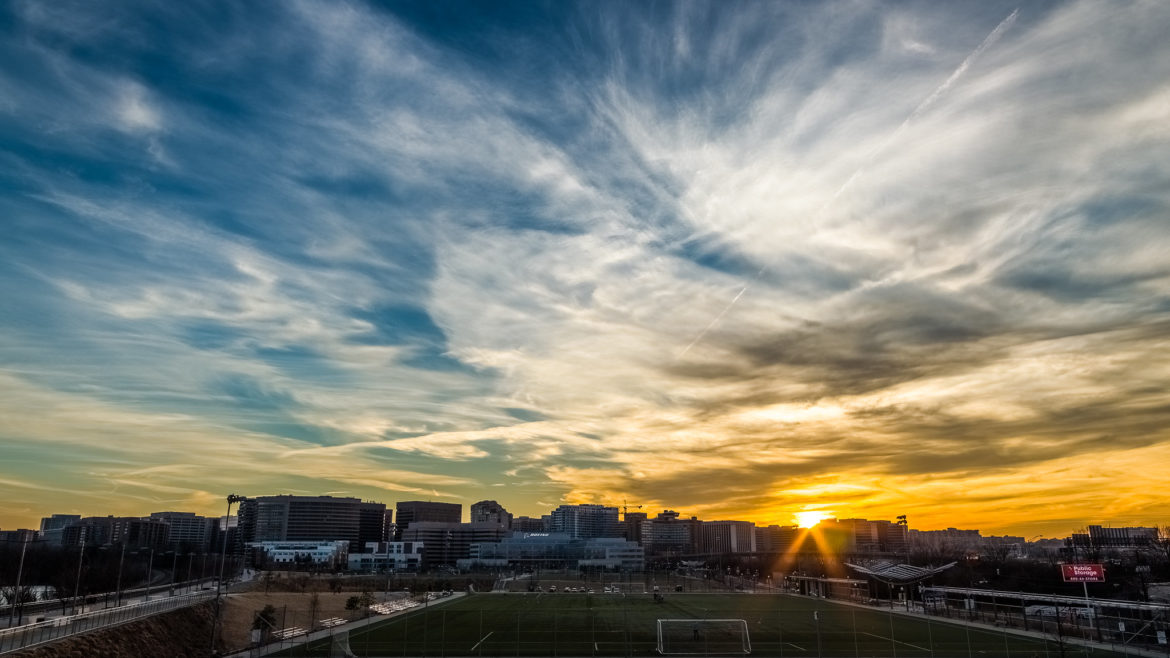 Arlington County, Virginia, will cover at least 80% of electricity for its operations from a 120-megawatt solar farm that it will share with Amazon.

Arlington County is no slacker on addressing climate change. So it isn’t surprising that the District of Columbia suburb is on the verge of leapfrogging a goal of harvesting half of its electricity for government operations from renewable sources by next year.

What’s unique is how the Virginia county is greening its grid.

Via a public-private partnership involving Amazon and Dominion Energy, it’s the first locality in the state to sign a large-scale power purchase agreement for off-site solar energy with an investor-owned utility.

Arlington and Amazon will “share” a 120-megawatt solar farm Dominion is constructing on 1,500 acres in Pittsylvania County on the North Carolina border. It’s set to come online during the second half of 2022 — and provide at least 80% of the government’s electric power.

The county’s portion is 38 MW, while Amazon has dibs on the remaining 82 MW. In November 2018, the digital giant chose Arlington as the location for HQ2, its newest headquarters. Chief executive Jeff Bezos promised to deliver 25,000 high-paying, high-tech jobs to an urbanized but underused section of the county known as Crystal City.

In the span of one week, Gov. Ralph Northam announced a proposal to decarbonize Virginia’s grid, Bezos committed to accelerating Amazon’s climate neutrality goals, and the Arlington County Board approved an upgraded Community Energy Plan requiring government entities to convert to 100% renewable electricity by 2025.

The virtual power purchase agreement emerged as a winner a year ago after Morrill and his staff studied the arithmetic and engaged with local environmentalists prodding the county to be bolder. The five-member county board voted unanimously to greenlight the pact.

“For somebody who has been in energy his entire career, it’s stunning how quickly things have changed in Virginia and with the technology,” Morrill said about falling prices and other advances. “There’s a world of possibility now that a lot of us in localities didn’t see 10 years ago.”

Morrill, who worked in Arlington for two decades, recently took a job as the division manager for innovation and sustainability in neighboring Fairfax County.

Demetra McBride, an Arlington colleague, said such swift innovation allowed the county to reboot a Community Energy Plan first released in 2013. Broadly, that one required the county to decarbonize its electricity sources by 2050.

The more nuanced 2019 version calls for the entire community to draw 100% of its power from renewable sources by 2035.

McBride, bureau chief with Arlington’s Office of Sustainability and Environmental Management, has worked across the country to lower municipal carbon footprints. She said they need to initiate, despite their portion of total emissions hovering in the low single digits.

“The government has to lead by example by doing demonstrations,” McBride said. “The higher trip up the mountainside is reducing community-generated emissions.”

The Sierra Club sensed an opportunity to intervene when Arlington County began tweaking its original Community Energy Plan several years ago. The environmental organization’s national Ready for 100 campaign encouraged Arlington and nearby Alexandria to speed up their commitments to 100% clean electricity.

Rick Keller, a member and former chairperson of the local Potomac River Group, said Sierrans had long urged Arlington County officials to explore how they could actually add renewables to their energy portfolio instead of fixating on reducing per-capita emissions of heat-trapping gases.

Convincing them to act didn’t require bombarding officials with slogans and banners. Instead, Keller said, it involved more mundane exercises such as presenting data to government leaders and organizing tabling events at area farmers markets to educate and engage their neighbors.

“The fact that Amazon came in as the plan was being reviewed really helped us a lot,” Keller said about the virtual power purchase agreement concept. “It was a no-brainer. We’d been working for three years to try to convince the county board that something like this was a good idea.”

Talking to county representatives wasn’t a heavy lift for the volunteers because they had developed relationships over years of discussing a range of environmental issues.

“They are open,” said Keller, a retired U.S. Bureau of Labor Statistics employee who moved to Arlington as a sixth-grader. “When I met with people like John Morrill, I would think, ‘Wow, Arlington has it together.’” 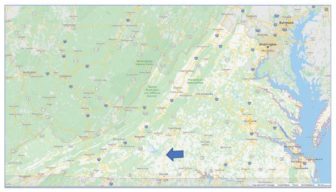 Maps provided by Arlington County show, above, the proximate location and, below, a more detailed look at the solar site in Pittsylvania County. (Images courtesy of Arlington County, Virginia) 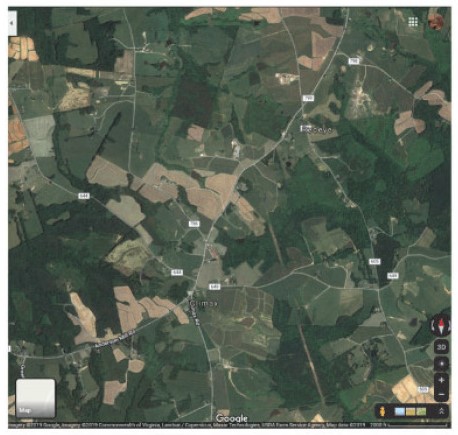 Keller said he cherishes living in a place committed to clean air and water intent on tackling climate and energy issues.

“I realized how fortunate we were to have people with vision who are not stuck on one way of doing things,” he said. “Yes, we might have different points of view on how to get there, but it’s never a question of is the environment important.”

“I emphasize culture because we feel strongly about delivering to our board and constituents the community that they want,” she said. “They care about climate and greenhouse gas emissions.”

That ethic extended to southern Virginia, where the solar arrays are being constructed on open farmland instead of forests that would have to be cleared.

“It was a prerequisite for the county that trees not be cut down,” McBride said. “Our residents don’t want us touching forested land with 10-foot barge pole.”

Morrill wanted to be positive the county was being ecologically and fiscally responsible before signing the 17-year solar power purchase agreement with Dominion. The clock begins ticking when the electrons start flowing.

Arlington County’s annual electric bill is roughly $7 million. The contract locks in at a wholesale rate of 3.35 cents per kilowatt-hour. Years ahead, Arlington could save hundreds of thousands of dollars, but only if that wholesale price drops.

“Basically, it’s a financial agreement that will have no material effect on bills,” Morrill said. “This was a policy-driven decision where the financial ramifications were examined and found to be reasonable.”

He admits that he found the novel notion of offsite power purchase agreements for corporations and local governments mind-boggling when the concept crossed his desk in 2016-17.

“They’re tricky to comprehend and not intuitive,” he said about grasping potential costs and technical challenges. “You have to walk through the process several times before you get it.”

He credited Keller and his Ready for 100 cohorts for laying the groundwork so Arlington wouldn’t lose out by hemming and hawing.

“When the opportunity with Amazon was there, we had the familiarity and confidence to act on it,” he said. “It opens the door to some pretty fantastic possibilities.”

Arlington is exploring other solutions to close the much smaller gap on its renewable electricity targets for 2022 and beyond.

While Keller has solar panels on his rooftop, he knows it’s not an affordable or realistic option for everyone. He is urging the county to continue exploring ever-expanding renewable options to give all residents access.

McBride is on it. Sometimes, though, she can’t believe the county’s fortuitous timing on jump-starting solar.

“It was magic,” McBride said about the virtual power purchase agreement coalescing after the energy plan was locked and loaded. “It’s kismet that it came together at the right time.”