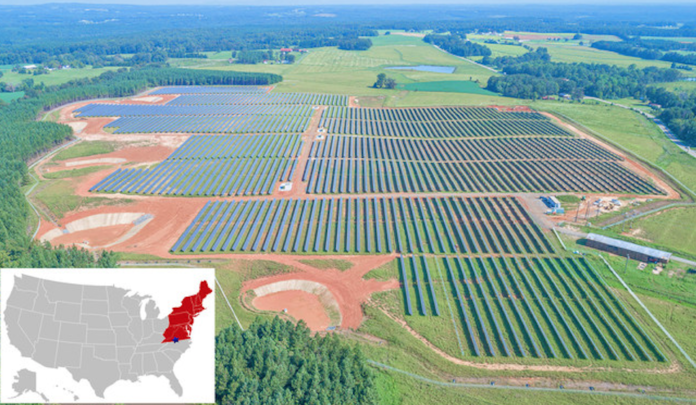 Solar FlexRack, a division of Northern States Metals that specializes in photovoltaic mounting and solar tracker solutions, says its solar tracker sales have expanded into the Northeastern region of the U.S.

According to Wood Mackenzie, this year will be the first year the global tracker market’s value will surpass the value of the fixed-tilt market. Roughly 70% of new utility-scale solar projects in the U.S. now come with a tracker.

“A significant percentage of our solar tracker sales came out of the Southeastern region in 2019,” says Steve Daniel, executive vice president of Solar FlexRack. “This year, for the first time, we’re seeing our business expand in the Northeast. We’re supplying projects in various stages of construction in Virginia, Maryland, Connecticut and New York.”

The recently completed 13.6 MW project just outside of Danville, Va., is an example of how Solar FlexRack’s tracker solutions bring value to utility-scale EPCs and project owners. The project, installed with components including Solar FlexRack single-axis TDP 2.0 Solar Trackers and GCL bifacial modules, was the first Solar FlexRack tracker installation of this kind, for the installer. EPCs note that this solar tracker is one of the easiest in the industry to install and its design delivers greater adjustability to maximize performance and production.