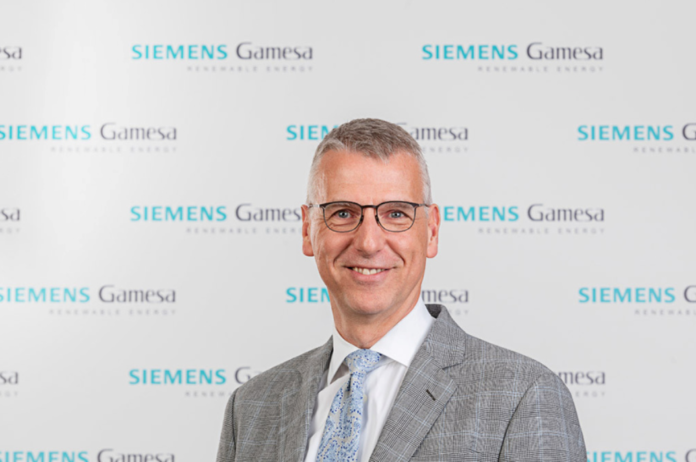 The board of directors of Siemens Gamesa Renewable Energy (SGRE) and Markus Tacke have mutually agreed to terminate his CEO contract. Andreas Nauen, who has headed the company’s successful offshore activities, has been appointed the new CEO with immediate effect.

“We’d like to thank Markus Tacke for his work over the past three years and, in particular, for the integration of Siemens Wind Power and Gamesa in the course of the merger,” says Miguel Angel López, chairman of the board of directors of Siemens Gamesa.

“Andreas Nauen has successfully demonstrated his ability to handle complex projects in the past. He has extensive experience with listed companies in the renewables sector. We expect the new CEO to now stabilize the onshore area quickly,” adds López.

The company also wishes to communicate, that based on the assessment of management, project costs and the financial impact of COVID-19, disruptions will result in a negative EBIT in the third quarter, before PPA and integration & restructuring costs. The anticipated positive EBIT in the fourth quarter is not expected to completely offset the negative development for the full fiscal year.

Despite the current challenges, the long-term prospects for the industry and SGRE remain attractive. As of March 31, the company had a record order backlog of €28.6 billion (+21% year-on-year). Due to its geographical diversification, the company is positioned to take advantage of the sector’s growth prospects. According to the International Energy Agency, renewable energy will account for two-thirds of total installed capacity by 2040, with the number of installed systems averaging 57 GW per year.

A new CEO for the offshore division will be announced in due course, notes the company.