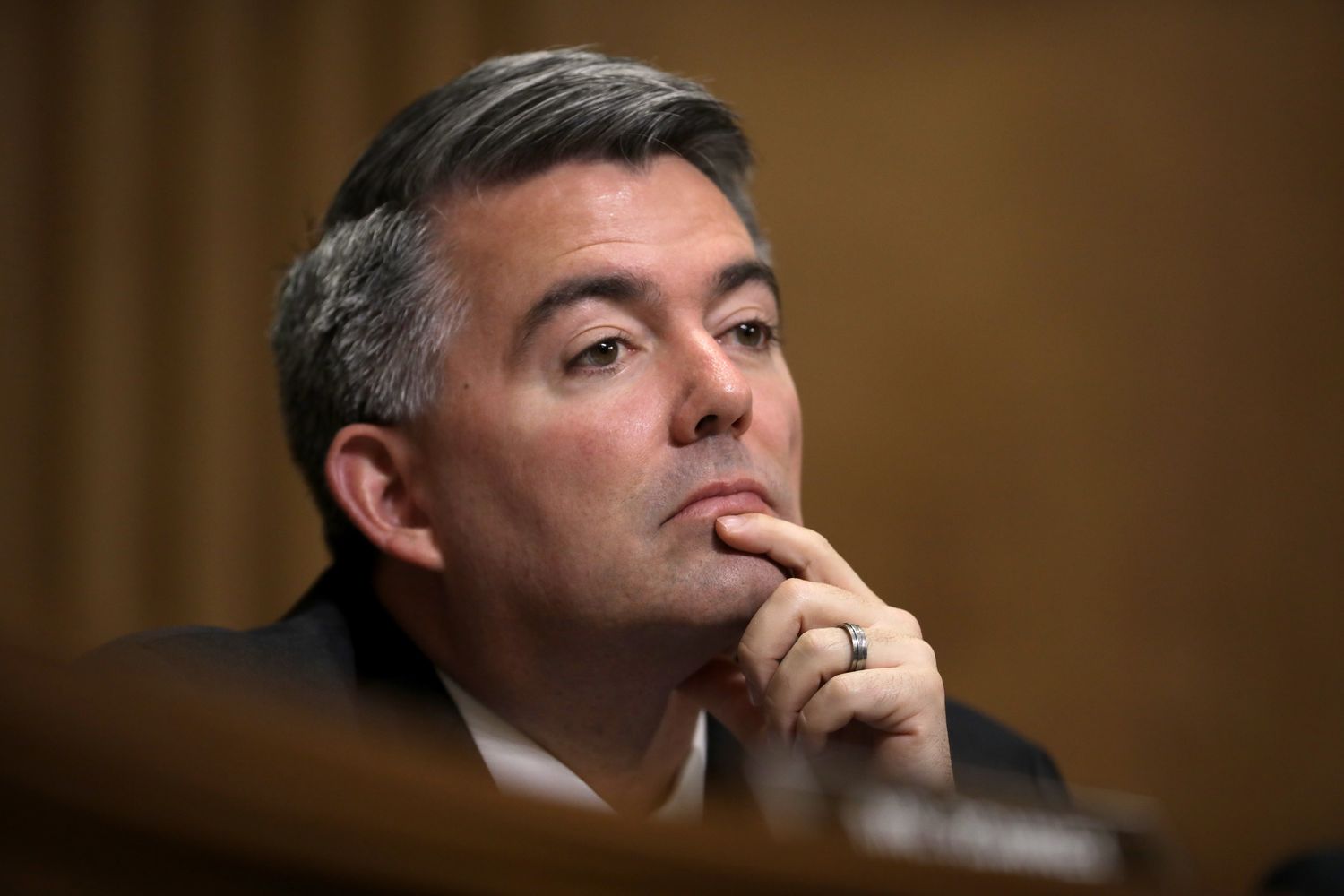 The Senate passed the most significant conservation legislation in decades on Wednesday, clearing a package to secure steady funding for public lands that came together only after the popular bipartisan measure got a lift from election year politics.

The core ideas in the bill — fully funding the Land and Water Conservation Fund at $900 million annually and providing billions to address maintenance backlogs on the nation’s public lands — have drawn significant support from both parties for years. But it was tough elections facing two of the package’s lead backers, Republican Sens. Cory Gardner of Colorado and Steve Daines of Montana, that raised its profile enough to get the backing of President Donald Trump and for Majority Leader Mitch McConnell to give it valuable floor time.

“I hope, following our action, that the House will take it up and pass it quickly. The president has already said he is eager to sign it. We should not let this historic opportunity pass us by,” McConnell said ahead of the vote.

Many Democrats privately scoff at the notion the bill’s passage will help the two in their Senate races, but said they felt it crucial to take advantage of the opportunity to get the legislation passed.

“Whether it’s because of politics or policy, this is a great piece of legislation and I’m proud to have been involved,” Sen. Joe Manchin (D-W.Va.), the measure’s lead Democratic sponsor, said in a recent interview. “And I’m proud that I have colleagues that see it the same way and those that are Johnnies come lately, God bless them.”

Manchin delivered the votes of the entire Democratic conference, while more than two dozen Republicans dissented. He also credited Minority Leader Chuck Schumer (D-N.Y.) for not standing in the way of the bill’s passage, since both Gardner and Daines are likely to tout its success in campaign ads.

“I’m proud of Chuck Schumer — being the Democratic leader and wanting to be the majority leader — but he hasn’t thwarted this. He says this is great, we’re all for it,” Manchin said. “We can’t let politics really trump — and I mean that figuratively — trump good policy.”

The legislation achieves two core conservation priorities. One is providing $900 million annually and permanently for the Land and Water Conservation Fund, which was created in 1964 and uses royalties from offshore oil and gas drilling to pay for a host of conservation projects on public lands.

Congress originally set the authorized annual spending on the program at $900 million but has fully funded it only twice — in 1998 and 2001 — and frequently allocated less than half that amount.

The other pillar of the package provides $1.9 billion over five years — or $9.5 billion total — to address deferred maintenance on the nation’s public lands. The National Park Service would get 70 percent of those funds, which would come from otherwise unspent revenues generated from energy production in federal waters and lands.

Advocates fine-tuned their message to particularly emphasize the bill’s economic impact. Gardner touted it as a potential economic stimulus, citing estimates the package would create 100,000 jobs, assisting local communities around public lands whose economies have been ravaged by the loss of tourism because of the coronavirus pandemic.

“This is an economic and jobs package as much as it is a conservation package,” Gardner said on the floor.

The bill must still win approval in the House before it can go to Trump’s desk, but prospects appear good.

House Natural Resources Chair Raúl Grijalva (D-Ariz.) said its main tenets have bipartisan backing, including from Speaker Nancy Pelosi and Majority Leader Steny Hoyer. A number of House Democrats facing their own competitive reelection bids, led by Rep. Joe Cunningham (D-S.C.), are leading that chamber’s efforts though the schedule remains uncertain given the chamber’s focus on measures to address the pandemic-hit economy.

“It’s a little premature to talk about exact timing given the enormity of the issues our country is facing right now, but I’m very optimistic we can get this done,” Grijalva said in a statement.

The successful Senate push got jumpstarted on Feb. 27 when Daines, Gardner, McConnell took their pitch to Trump at a meeting in the Roosevelt Room of the White House, where they showed off pictures of public lands. A week later Trump tweeted his support for the legislation and McConnell announced he would hold a vote.

The about-face from Trump was especially surprising as he’d previously proposed slashing LWCF funding by 97 percent in his fiscal 2021 budget.

But a powerful of coalition of outside groups backed the push, from the National Wildlife Federation, Natural Resources Defense Council and the Congressional Sportsmen’s Foundation to the U.S. Chamber of Commerce to the American Petroleum Institute. They were joined by a bipartisan group of the past six Interior secretaries and the great grandson of President Teddy Roosevelt in urging its passage.

Some senators attempted to slow the bill’s consideration by pushing McConnell to open it up to amendments — a move he quashed to the irritation of lawmakers in his own party.

Many GOP lawmakers also had philosophical problems with removing LWCF funding from the annual appropriations cycle, which they saw as their best way to conduct regular oversight over the program. Others, led by Sen. Bill Cassidy (R-La.), said the legislation failed to provide adequate support for coastal restoration, especially since it draws its funding largely from offshore energy production.

And some ardent conservatives, like longtime LWCF critic Sen. Mike Lee (R-Utah), slammed the lack of amendment votes and the prospect of giving the federal government greater control over public lands.

“Despite its rosy claims, this legislation combines two bills that will only tighten the federal stranglehold on our lands and drive us deeper into debt, to the detriment of our economy, our environment, and the livelihoods and the freedom of the American people,” Lee said.

Yet, at the end of the day, many senators overcame their concerns and voted for the final package. Energy Chair Lisa Murkowski (R-Alaska), who disliked the mandatory spending in the bill as a senior Senate appropriator, said she nevertheless supported it because of the urgent need to repair the nation’s crumbling parks infrastructure — even as she said it was “absolutely not” driven by a desire to help Gardner and Daines.

Murkowski said McConnell asked senators for legislation that is “bipartisan and that we can move and that we can broker something with the House so that the President can sign it.”

Eric Wolff contributed to this report.