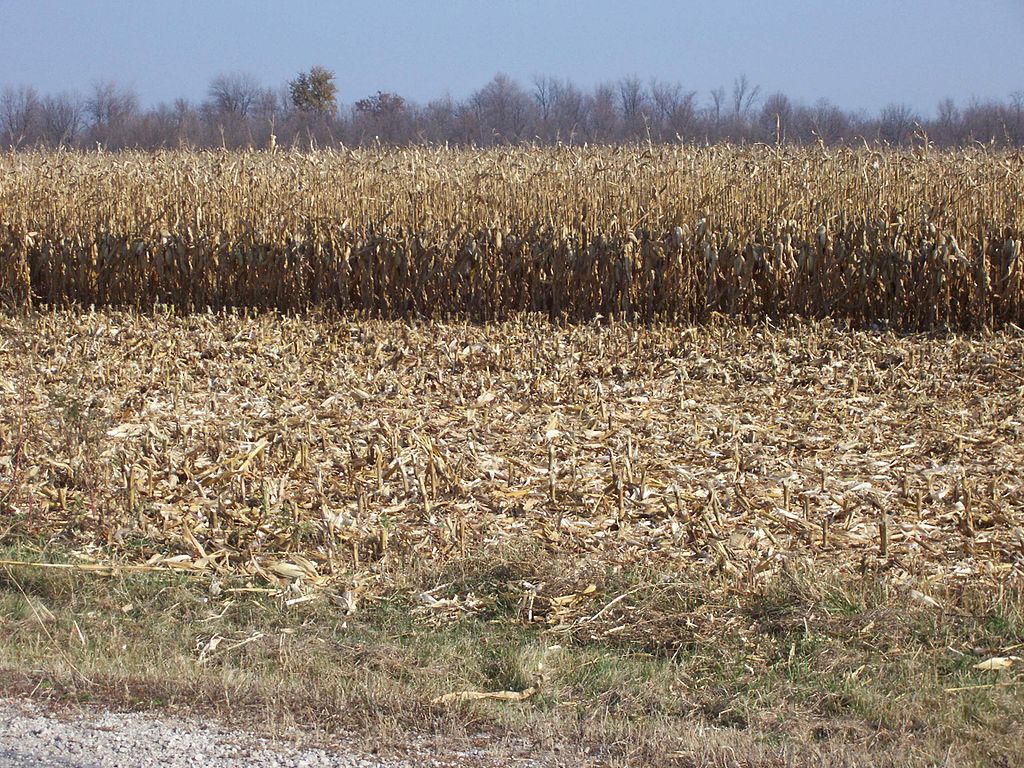 Stover covers the ground in a field of partially harvested corn. A German bioenergy company plans to convert the crop leftover into a renewable fuel.

A German bioenergy company’s reboot would make ethanol and renewable natural gas, though questions remain about its life-cycle climate and environmental impacts.

A German bioenergy company is preparing to produce corn ethanol and renewable natural gas at the site of a failed cellulosic ethanol plant in Nevada, Iowa.

Verbio Vereinigte BioEnergie AG is building an anaerobic digester on the site that will annually convert up to 100,000 tons of corn stover — a crop leftover consisting of everything but the kernel — into a renewable fuel that can be fed into the nation’s natural gas pipeline system. Verbio hopes to begin production by fall of 2021.

The biogas, known as RNG, is more expensive to produce than conventional natural gas, but producers can turn a profit by selling credits to refineries and fuel suppliers in California, where a state low-carbon fuel standard requires annual reductions in the carbon intensity of transportation fuels.

“In a facility we own in Germany, we make ethanol and then turn around and make renewable natural gas,” said Greg Northrup, president and chief executive officer of Verbio North America. “We are just taking what we do in Germany and bringing it here to the U.S.”

Verbio purchased the facility in November 2018 from DuPont Industrial Biosciences, which operated the plant for less than two years. The German company expects initially to produce enough RNG to equal about 7 million gallons of gasoline. That will require between 75,000 and 100,000 tons of corn stover annually, which Northrup said is readily available within 50 miles of the plant. Plans call for expanding that to possibly the equivalent of 20 million gallons of gasoline.

The other side of the operation, corn ethanol production, is likely to begin sometime in 2022, he said, topping out at 10 or 12 million gallons annually. The residue from ethanol production will be added to the corn stover to produce RNG.

Northrup said it will be the first facility in this country to produce both ethanol and RNG, which he expects will be in demand. Oregon also has a low-carbon fuel standard, and other states including Minnesota, New York, and Washington are considering policies similar to California’s.

“There is a big opportunity for RNG because the quantities [California] wanted were not being produced,” Northrup said. “They wanted billions of gallons. Last year they produced about 5% to 10% of that. That’s why we think it’s a good market.”

Mark Mba-Wright, an associate professor of mechanical engineering at Iowa State University, said there is “definitely” potential for a robust renewable natural gas industry in Iowa.

“There is tremendous [momentum] towards renewable natural gas. California has set an example but I think a lot of states are looking towards clean energy plans and climate change, and are realizing that reducing the carbon footprint of fuels is a major factor in meeting those goals.”

Critics of RNG say it’s a high-cost carbon solution that will be difficult or downright impossible to scale up to a meaningful level. Meanwhile, they say it’s prolonging investment in gas infrastructure that would be better steered toward electrification efforts. Growing corn also takes a toll on the environment beyond climate concerns.

“Their model could be a bit greener, especially if one is only considering greenhouse gases and carbon dynamics,” said Lisa Schulte Moore, an Iowa State University professor who is researching anaerobic digestion technology, which — unlike ethanol production — tends to have a very small carbon footprint.

Still, she has concerns and said she would like to see a full life-cycle carbon assessment. Other considerations include the value returned to farmers, climate resilience, soil health, water quality and biodiversity impacts.

Northrup wouldn’t provide specifics on the combined operation’s probable carbon emissions, but said he was certain they would be less than manufacturing ethanol alone.

The Iowa Economic Development Authority, which is eager to see Iowa’s abundant manure and biomass processed into energy, granted Verbio $1.78 million in tax benefits two years ago as part of the state’s High Quality Jobs program. The company estimates it will create 44 long-term jobs.

Verbio is also considering developing a plant to produce RNG from corn stover and wheat straw in Wellington, Kansas, just south of Wichita.