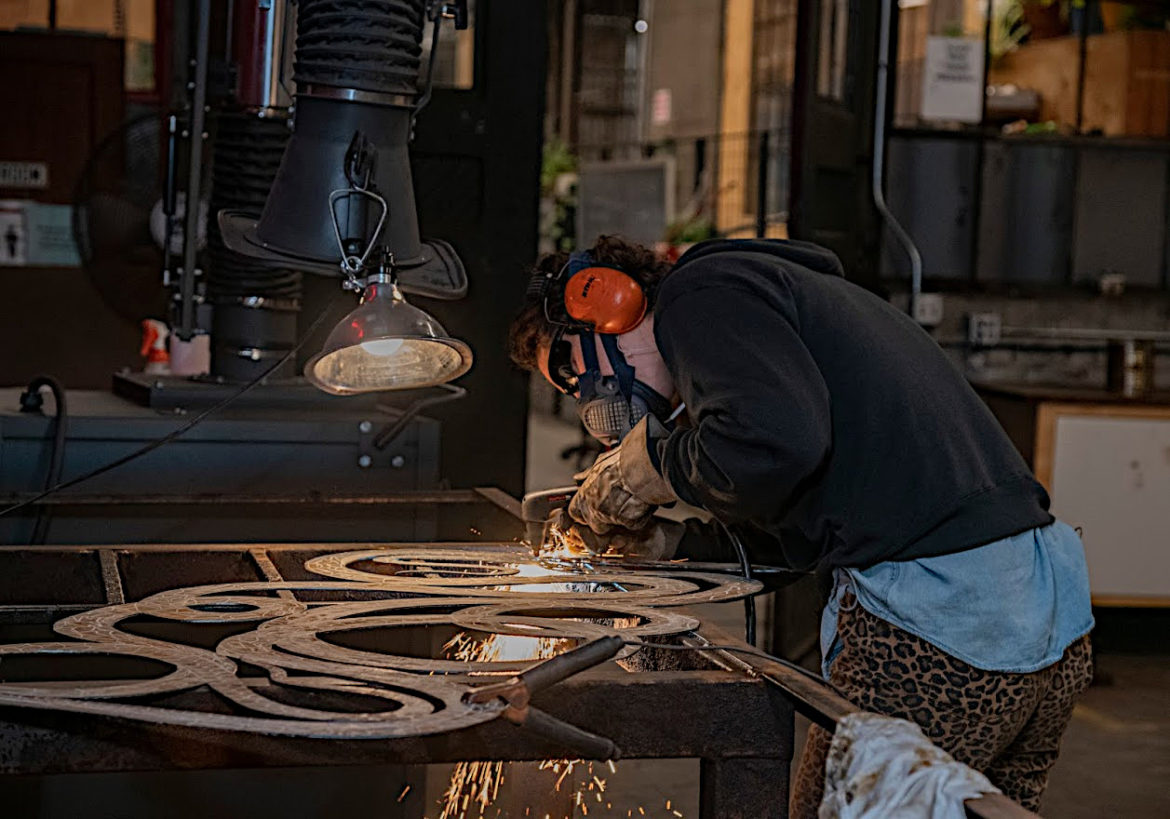 The Steel Yard workspace in Providence uses a lot of energy, but its operators are among the building owners voluntarily complying with the city’s energy benchmarking ordinance.

A voluntary benchmarking program launched a few years ago hasn’t caught on with commercial building owners, so city leaders want to make it mandatory.

The Steel Yard is something of an electricity hog.

The Providence nonprofit is dedicated to instruction in the industrial arts. Its cavernous 12,000-square-foot facility, a former steel fabrication plant, houses welding bays, ceramic kilns, a blacksmithing studio, and a jewelry shop, all of which demand a lot of power.

Steel Yard executive director Howie Sneider is unapologetic about the energy appetite of the organization, which, in addition to catering to artists, also provides job training and custom public-art amenities like benches and bike racks.

“I look at it as we’re using a lot of energy to do good things in our community,” Sneider says.

But neither does The Steel Yard consume blindly. Rather, the nonprofit tracks its energy usage as part of a voluntary program run by the city’s Office of Sustainability.

Sneider began gathering the data just before the 2019 launch of a major renovation of the 100-year-old building, which included the installation of a new electrical system and overhead infrared heating units. But the pre-renovation benchmark is no longer relevant — because the building had previously lacked heat, and wasn’t able to operate year-round, energy usage is now higher than before.

That knowledge led the organization to look for a way to mitigate its carbon impact. They are now installing a 55-kilowatt rooftop solar system — enough, Sneider hopes, to cover most of the heating bill.

“The goal of benchmarking and reducing our energy is not going to stop us from doing what we need to do for business,” he says. “But we want to source that energy responsibly as well.”

That kind of thoughtful approach is one the city wants building owners throughout Providence to emulate. An ordinance now before the City Council and backed by Mayor Jorge O. Elorza would require owners of buildings of 10,000 square feet or more to report their energy usage to the city annually, using the Environmental Protection Agency’s Energy Star Portfolio Manager tool.

The city would report the information to the public on its website. Building owners who do not comply would be subject to a fine of up to $4,000 a year.

Elorza has set a goal for Providence to become a carbon-neutral city by 2050. At a Zoom press conference earlier this month, he noted that buildings are the city’s largest source of greenhouse gas emissions.

He said the proposed ordinance reflects his commitment to “codifying the vision” of the city’s grassroots-driven Climate Justice Plan, thereby ensuring that progress toward a carbon-neutral future outlasts his administration.

“Over 30 cities and two states in the U.S. have already adopted very similar policies,” Elorza said. “And it works — what gets measured gets managed.”

A similar policy was proposed in 2017, but when presented to community leaders for feedback, it was staunchly opposed by building owners, said City Councilor Helen Anthony, who is co-sponsoring the ordinance. Leah Bamberger, the city’s director of sustainability, subsequently started the voluntary reporting program instead. But very few commercial building owners have participated.

“I credit her — she tried it. But we can’t wait any longer,” Anthony said.

Anthony said it’s “not a terribly onerous undertaking” to set up the Portfolio Manager. And once building owners start monitoring their usage, they are more likely to educate themselves about the energy efficiency incentives available through National Grid, and find ways to reduce their emissions, she said.

The reporting requirement would be phased in over three years, beginning with buildings of 50,000 square feet or more in 2022.

Sneider said The Steel Yard’s energy bills automatically go to the Portfolio Manager, “and I can see energy use at the push of a button.”

“I understand that it’s controversial — some businesses don’t want to disclose their energy use,” he said. “But for us it’s been a really positive thing. We’re aware of our energy footprint in a way that we didn’t used to be.”

Monica Huertas, a founding member of the city’s Racial and Environmental Justice Committee, spent the past two years working on the climate justice plan, which she calls “a living and breathing document.” The reporting ordinance deserves support from the City Council, she said.

Unlike the last time such an ordinance was discussed, “there’s a lot more community input right now and a whole climate justice plan to back it up,” she said. “A lot of other cities do this all over the country and it’s been successful.”

The ordinance has been referred to the council’s finance committee. Anthony said she will request that a public hearing be scheduled as soon as possible.