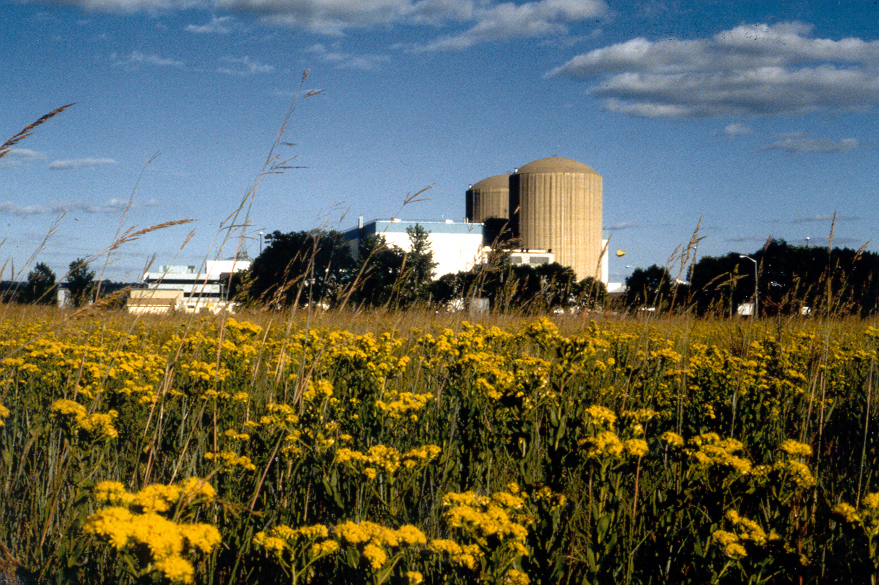 In the shadow of an Xcel Energy nuclear power plant, the Minnesota reservation plans to make a big investment in solar, a microgrid, and energy efficiency.

The Prairie Island Indian Community in Minnesota is expected to name a consultant this month to help propel the tribe toward net-zero emissions.

The tribe announced its intent to offset all of its energy emissions in early 2018, but details have been sparse about how — or how fast — it would proceed. The process is expected to pick up in the coming months thanks in part to $46 million in funding allocated last spring by the Minnesota Legislature.

Shelley Buck, president of the Prairie Island Tribal Council, said the effort has the potential to “change the narrative” of a community that has long been associated with its close proximity to the Xcel Energy nuclear power plant and radioactive waste storage facility that shares its namesake.

“Not only will we be one of the first tribal nations to achieve this critical [net-zero] goal, but we will also serve as a model for communities across the United States that aim to protect the earth by reducing their energy impact on the environment,” Buck said.

Located 30 miles south of St. Paul, the Prairie Island Indian Community reservation is home to about 250 tribal members and the Treasure Island Resort & Casino. Members are descendents of the Mdewakanton Band of Eastern Dakota, who were forced to cede much of their Minnesota lands to the U.S. government in the mid-1800s.

The reservation was created in 1886 when the Secretary of the Interior purchased 120 acres along the Mississippi River and placed it into trust for landless Mdewakanton residing in Minnesota. Subsequent purchases expanded the reservation, but a U.S. Army Corps of Engineers lock and dam built in 1938 flooded much of the land, leaving the tribe with about 300 livable acres.

In 1973, Xcel began operating a nuclear power plant on the island and it continues to store more than 1,000 tons of radioactive waste on the plant’s property, just 600 yards from tribal homes. The utility pays an annual fee to a Minnesota state fund as a condition of being allowed to store spent nuclear fuel at Prairie Island and one other nuclear plant.

Tribal leaders three years ago began pitching legislators the idea of using money from that fund, known as the Renewable Development Account, to develop a net-zero energy system on the reservation that would produce as much energy as it consumes. The reservation bears much of the risk from the federal government’s failure to establish permanent nuclear waste storage elsewhere, said tribal attorney Jessie Seim.

The Minnesota Legislature and Gov. Tim Walz this year agreed to give a $46.2 million grant for the endeavour. That money is expected to fund a mix of energy efficiency retrofits, solar energy, storage and other investments. The tribe issued a request for proposals in September to provide technical assistance for the clean energy transition and is expected to choose soon from more than 20 applicants.

“We worked to develop a project that would benefit the community that would fit within the spirit and the law of the renewable development fund,” Seim said.

Under an agreement crafted in 1994, the state’s renewable fund receives $500,000 for every dry cask of spent nuclear fuel at the nuclear plant (currently 47). The program has delivered nearly $352 million since 2001 in grants for energy production projects, research, higher education and other programs.

Prairie Island isn’t the first Minnesota tribe to embark on a major clean energy strategy. Others such as Red Lake and Leech Lake have begun programs involving solar and energy efficiency. Tribes across the region have started to use clean energy to create energy independence, improve health, and develop jobs.

Reservations hold great promise for clean energy. A 2018 study by the National Renewable Energy Laboratory calculated that tribal lands have the potential for 6,035 gigawatts of utility-scale solar capacity, the equivalent of more than 5% of the nation’s total solar potential. The Department of Energy’s Office of Indian Energy has pointed out that land owned by tribes in the Midwest and West has some of the country’s best wind and solar locations.

The Prairie Island reservation’s relatively small footprint gives it several options for eliminating or offsetting its emissions. The tribe bought 7 megawatts of electricity from its provider, Dakota Electric, as of 2018. A preliminary plan outlines how the reservation could replace most of that with solar, microgrids, and geothermal heating and cooling.

The draft proposes an estimated $25 million solar parking canopy at the casino producing 5 megawatts, combined with four onsite solar gardens adding another megawatt at a cost of around $2.5 million. Rounding out the generation would be a $6 million microgrid and a $2.5 million geothermal system running on solar energy and solar battery storage.

The tribe wants to complete the $36 million energy production expenditure within three years. The rest of the project’s savings would come from energy efficiency. The budget calls for a $10 million investment in equipment upgrades, electrifying the vehicle fleet, adding energy management and introducing energy audits and modeling. Lighting will be replaced with LEDs and aging heating and cooling systems upgraded. Plus, tribal ordinances will embrace the state’s SB 2030 standard for new construction and add a reduce, reuse and recycle policy.

Prairie Island’s leaders understand that the project faces many challenges, Seim said. How much the entire project will cost, despite early projections, may become an issue because the state grant may not cover all expenditures, she said. The tribe also knows it needs to continue educating tribal members on clean energy options and net-zero systems.

“The thinking was just to help community members get their minds around energy systems and clean energy,” she said. “When we begin this process of creating a plan with community members, we hope they share our goals and have a common understanding of energy.”

Part of educating tribal members involves introducing them to the potential for jobs in clean energy. Seim believes the presence of solar and other clean energy technologies in the community will spur young people and adults to consider careers in science and clean energy.

The net-zero project offers an “experiential opportunity for our students and adults who might be interested in this sector but don’t really know where to start or maybe don’t even know what the sector is to be interested in,” said Rayanna Lennes, the tribe’s communications manager. “To have this happening so close to home, I think, is incredibly exciting.”

Seim said she does not blame Xcel for the federal government’s failed decades-long attempts to develop a national repository for spent nuclear fuel nor the environmental injustice of having to live close to radioactive waste. The renewable development fund money is welcome, even if it carries the irony of deriving from a fee on storing radioactive waste.

“It’s a different opportunity because it’s an exercise of our sovereignty, and it’s a part of us self-determining our future,” she said. “Prairie Island can do this embracing its culture, its values, its connection to nature. I think it is something that we’re all excited about — community members and the tribal council — because we can do it in a way honoring who we are as a tribe and as native people.”