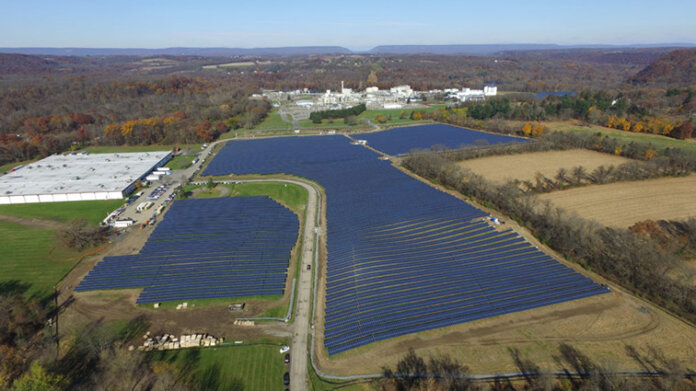 New Jersey is transitioning to a new era of incentives that promises to reinvigorate its solar industry.

The New Jersey Board of Public Utilities (BPU) has implemented a new transition incentive program that provides certainty and makes it easier to finance projects. As an enthusiastic Phil Murphy administration continues to push a transition to carbon-free energy, the transition program – along with New Jersey’s new Community Solar Energy Pilot Program and the impeding Successor Incentive Program – provides a promising environment to develop solar projects in New Jersey.

The state’s solar success has been, in large part, driven by a lucrative Solar Renewable Energy Credit program. A renewable portfolio standard (RPS) that mandates the use of renewables (particularly solar), combined with the “stick” of alternative compliance payments that are required from electric suppliers that do not meet those standards, has led to the explosion of solar energy development in New Jersey. At one point, New Jersey was the fastest growing solar market in the country.

Notwithstanding New Jersey’s solar success, its solar program has not been without criticism, particularly by New Jersey’s Ratepayer Advocate and interest groups that support the development of solar but are also concerned about the increasing costs being borne by ratepayers. Further, the exigencies of each supplier meeting its RPS and fear that the New Jersey legislature would modify the RPS led to uncertainties regarding the future value of SRECs.

In May 2018, Murphy signed the Clean Energy Act (CEA), which directed the BPU to close the SREC program once 5.1% of energy sold in New Jersey was generated by solar projects, as well as to evaluate whether to modify or replace the existing SREC program at that milestone.

In 2019, the BPU engaged in a stakeholder process to work out the details of implementing the CEA. As a result, the BPU closed the SREC program and implemented the transition program, which allows new projects to continue to receive renewable energy credits (now called “TRECs”), while at the same time allowing BPU staff to develop the permanent successor program that properly incentivizes solar installations, while being sensitive to the costs to the ratepayer.

In December 2019, the BPU issued a transition order adopting its staff’s recommendations to create the transition program based upon the issuance of TRECs. Over the course of several months, as the 5.1% milestone was approaching, the transition program was further discussed and refined. The process culminated in a series of BPU orders and the declaration that the 5.1% milestone would be achieved on or about April 30, 2020, and a proposal of formal regulations governing the transition program, which were published in the New Jersey Register on May 18, 2020. Via BPU order, the SREC program was officially closed on April 30, 2020, and the TREC program officially opened on May 1, 2020.

The transition program has some key differences from the SREC program that have been well received by the solar industry. Unlike the SREC program, which is based on a fluctuating market-based SREC, the TREC has a fixed value of $152. Each project in the transition program will generate one TREC for each megawatt hour of electricity generated for the first 15 years of operation. Further, TRECs are simply sold to a designated administrator rather than the SREC, which required the solar developer to find a buyer for its SRECs.

Each TREC created is assigned a factor based upon the type of project from which it was generated. Projects constructed on landfills, brownfields and areas of historic fill; grid supply projects constructed on rooftops; and net metered, non-residential rooftop and canopy installations are assigned full value of $152 per megawatt hour.

TRECs may be used in the energy year created or the subsequent energy year. Solar projects that are deemed to be connected to the distribution system and had not received permission to operate (PTO) as of April 30, 2020, are eligible to participate in the transition program.

Recently, the BPU recognized the need to continue to provide certainty to New Jersey’s successful solar market during both the transition required under the CEA and the COVID-19 crisis. On July 29, 2020, the BPU issued an order waiving its rules and granting a blanket extension to those projects registered in the transition program before October 20, 2020, allowing such projects until October 20, 2021, to receive PTO.

Solar projects on brownfields, historic fill areas and properly closed landfills retain their statutory two-year conditional approval, which, depending on the date of conditional approval, may extend beyond October 21, 2021. Solar projects that register in the TREC program after October 20, 2020, will have one year from registration to achieve PTO.

Although a short-term bridge to the to-be-determined successor program, the transition program brings much-needed certainty to the solar industry. The SREC program is generally viewed as a success, but in recent years, the value of SREC has been on a downward trend. The downward trend, along with the uncertainty of the SREC value, was becoming problematic for new investment.

The transition program, however, provides a defined cash flow for 15 years. While TREC values are currently lower than SREC values, the value of certainty during this time of both transition to the successor program and the COVID-19 pandemic cannot be overemphasized. By providing a fixed TREC value for 15 years, the BPU has given solar developers a guaranteed revenue stream that provides comfort to their investors and lenders. In granting a blanket extension to October 20, 2021, the BPU specifically recognized the need for certainty as it attempts to structure and implement the successor program during the COVID-19 pandemic.

The transition program also gives the solar industry some valuable insight as to what the successor program may look like. We have seen the BPU’s recognition that certainty is an important factor in the business decisions of solar investors and developers. The pandemic has only emphasized the importance of certainty. Recent actions by the BPU have given the solar industry hope as the BPU develops the successor program.

Community solar gets its due

In addition to the transition program and the optimism surrounding the upcoming successor program, the community solar program provides a new opportunity for the solar industry in New Jersey. Community solar projects allow multiple customers in multiple locations to purchase electricity from a single solar facility using virtual net metering.

The CEA required the BPU to establish the program to encourage the development of solar power through the market of community subscribed systems. The community solar program prioritizes the pooling of solar energy end users, particularly in low and moderate income (LMI) areas and environmental justice communities, which have been a focus of the Murphy administration.

The first year of the program was limited to 75 MW, 30 MW of which were dedicated to projects that sell at least 51% of the project generation to LMI customers. Program years two and three, which will be in 2021 and 2022, respectively, must be at least 75 MW, but may be larger. Projects in the community solar program are eligible for SRECs or TRECs, as the case may be, depending on the date of their application and conditional approval.

The response to the first year of the community solar program was overwhelming. The BPU received 252 applications and granted 45 conditional approvals. Applications for year two of the program will be accepted this fall, and an even greater response is expected.

Despite the past success of New Jersey’s solar energy program, it had two big drawbacks: the uncertainty of the value of the SREC and the lack of community solar opportunities. The CEA and regulations promulgated in connection therewith have provided the solar industry with a fix for both, which has resulted in a renewed excitement in the future of solar development in New Jersey.

John G. Valeri Jr. serves as practice group leader of the environmental group with West Orange, N.J.-based law firm Chiesa Shahinian & Giantomasi PC. He can be reached at jvaleri@csglaw.com. Stephen A. Kisker is chair of the firm’s renewable energy and sustainability group, and he can be reached at skisker@csglaw.com.