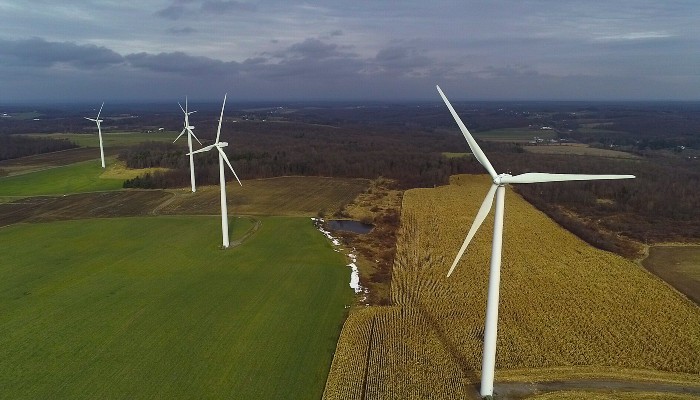 The clean energy sector has shed nearly 600,000 jobs since the beginning of the coronavirus pandemic, and losses are expected to worsen in the coming months, according to a report released Wednesday by industry groups.

Companies cut 447,200 clean energy jobs in April, more than triple the number lost in March, according to the analysis, which was released by Environmental Entrepreneurs, E4TheFuture, the American Council on Renewable Energy and BW Research Partnership.

A previous report found the clean energy sector lost 106,000 jobs in March. Wednesday’s report updated that figure to 147,100 jobs, bringing the total to 594,300 jobs, or a 17 percent drop in the sector’s workforce.

Social distancing measures, and state-level decisions to pause projects and shutter factories have taken a toll on clean energy companies, erasing more than double the number of jobs that the sector added in the past three years, the report said.

The report also predicts that clean energy job losses will increase in the months ahead. A previous projection forecast a half-million jobs would be lost by the end of June — a figure that has already been surpassed.

“Based on that analysis, along with forecasts from clean energy trade groups and reports from individual companies, we conservatively project that the clean energy sector will lose about a quarter of its workforce or 850,000 jobs by the end of the second quarter if no actions are taken to support the clean energy industry and its workers,” the report said.

Lawmakers pulled proposals that would have aided the sector in the $2.2 trillion CARES Act. And the text of the latest emergency relief package unveiled by Democrats this week also omitted any measures to boost clean energy.

“We really need Congress and the White House to step in and do something about [it], not just for these workers and these jobs, but for the environmental benefits that come with it as well,” Keefe said.

In April, the energy efficiency sector saw the biggest hit, shedding about 310,200 jobs or almost 14 percent of its workforce, to bring its total number of losses to 413,500 jobs since the start of the pandemic, according to Wednesday’s report. The renewable power generation sector lost about 71,800 jobs in April, and 95,600 jobs total.

California had the largest number of layoffs, at 77,900, the report found, while Florida, Georgia, Texas, and Michigan all lost more than 20,000 clean energy jobs each.

Georgia, Kentucky, Hawaii and Louisiana all saw employment declines of more than 20 percent in April, representing the largest declines in terms of percentages.

“Hopefully a lot of these jobs will bounce back,” Keefe said. “But let’s face it, when we’re all finally back to our normal world, we’re all going to want to go out and get a fresh haircut and have a nice dinner at a restaurant, but we probably aren’t thinking about a deep energy-efficiency retrofit on our buildings or thinking about sinking a lot of money into a major solar project.”