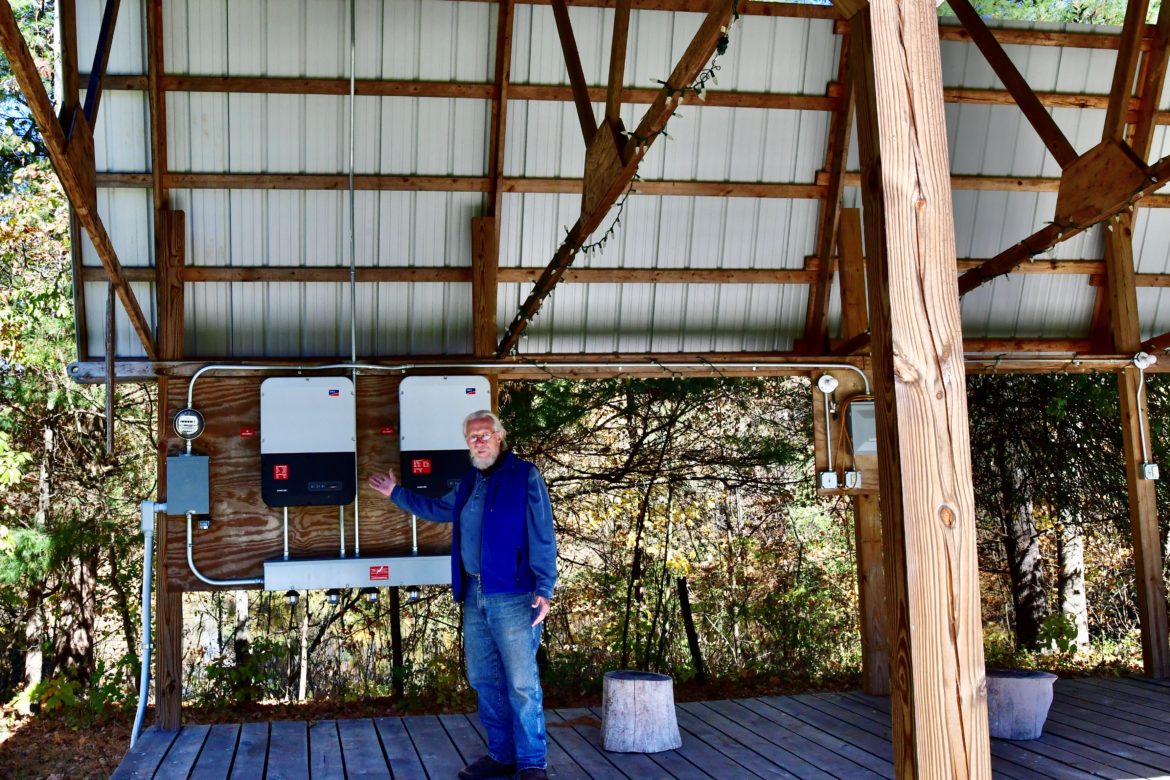 Growth of the electric vehicle market and increasing demand for battery storage are likely to propel growth.

Years ago, Roger Wilkins converted a 1973 Volkswagen Beetle to run on electricity. But eventually, the bank of lead-acid cells in the car, dubbed the Electric Blue Bugaloo, could no longer move it forward.

That problem, Wilkins said, served as inspiration for an Appalachian Ohio startup that plans to recycle lithium-ion battery cells for reuse in other applications. He expects a growing need for such recycling as more and more electric cars are on the roads.

Wilkins is now the executive director of the Re-POWER Second Life Battery Network of the Athens Energy Institute, which aims to collect and test used lithium-ion batteries for repackaging into new battery packs. The Glouster-based project is an offshoot of the Center for the Creation of Cooperation, which he also heads and whose activities include helping consumers organize renewable energy cooperatives.

The batteries for many laptops, portable medical devices, and even electric vehicles are actually packs with anywhere from a few to hundreds of lithium-ion cells.

“When one cell goes bad, typically the whole battery pack is discarded,” said Roger Wilkens, executive director. But other cells in the battery pack may still be useful.

Wilkens is a former director of the Southeast Ohio Public Energy Council, which coordinates electricity aggregation programs for local governments in its territory. SOPEC was an early adopter in the state for making renewable energy and energy efficiency part of its programs.

Wilkens and his colleagues developed a network in southeastern Ohio to collect batteries from used laptops, medical equipment and other sources. Technical work on a small scale has verified that used battery packs can be dismantled and tested so that still-good cells can be repackaged. Faculty and students at nearby Ohio University in Athens have been helping with the work. 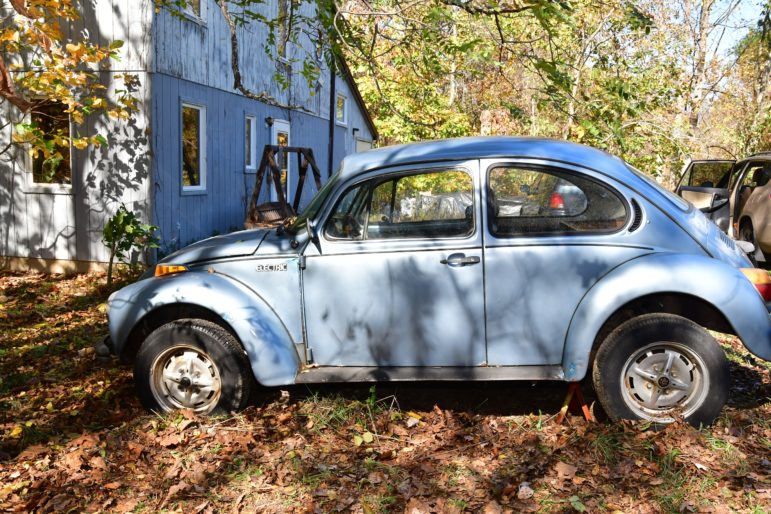 While lead-acid batteries like the one that gave out in Wilkens’ vintage Beetle are recycled for raw materials, cells in the lithium-ion batteries in modern electric cars still can have uses even if they’re no longer strong enough to power a car, explained program engineer Morgan Hager. Those battery packs could someday become a big part of Re-POWER’s supply chain.

“There’s still a lot of life left in them for a stationary source,” Hager said. “And with the way the EV industry is taking off, there are waves of batteries that will be retiring and needing to find second-life applications.” For now, she said, batteries from used hospital equipment have been able to supply a fair amount of usable and relatively standard batteries, supplemented with used laptop batteries.

Currently, the enterprise is producing battery packs for electric bikes as a pilot project, although other uses are feasible, Hager said. An eventual goal would be to provide battery storage for homes or businesses to couple with on-site renewable energy, Wilkens said.

Testing and repackaging of still-good battery cells would take place at a central facility in Appalachia. Then a network of local businesses would distribute and service the repackaged battery storage packs as a subscription service. Technicians would periodically test the recycled cells in a subscriber’s battery storage pack and replace any that might be failing.

The project “was really ramping up before the pandemic,” Wilkens said. Yet while the current recession may be slowing things down somewhat, “we’re persisting.” 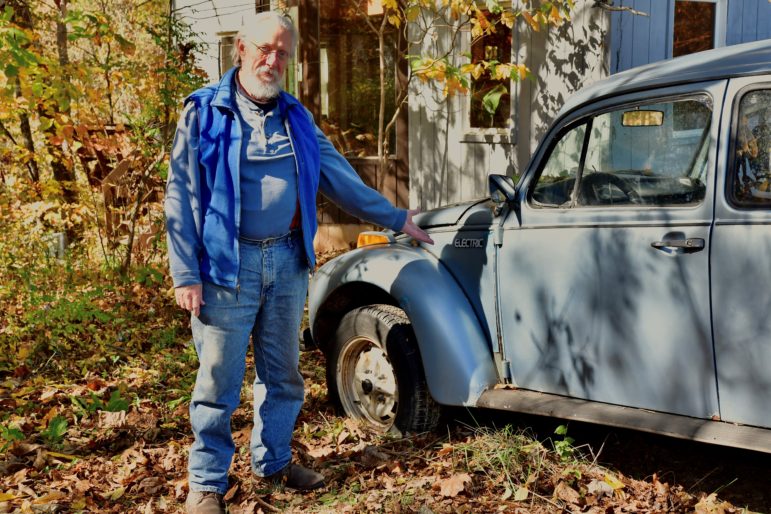 To be profitable, a battery recycling center would need to automate some parts of production. That calls for some standardization, according to a report on electric vehicle battery recycling that came out in science journal Nature last November.

“This is important both from the economic perspective — reducing labor costs and improving the throughput with which batteries can be sorted, discharged and processed — and also yields improvements in safety,” said lead author Gavin Harper at the University of Birmingham’s Faraday Institute in the United Kingdom.

The institute’s ReLiB project for electric vehicle batteries is exploring ways to do this with advanced robotics, artificial intelligence and data management.

“Using robotics for disassembly is much more challenging, because we would need a system that can deal with the enormous variety of different batteries that are on the market and different vehicle configurations,” Harper said. Conditions would vary even among used batteries of the same make as they came into a recycling center. Those situations call for “a radically different approach, where we can deal with the variety through intelligent, self-learning systems.”

Ideally, technology will develop to allow first for taking apart batteries and separating them into components before subsequent steps to separate materials or to test and repackage cells, Harper added. Additionally, a triage system of gateway testing could help decide which types of uses battery cells would be best suited for, keeping power demands and safety considerations in mind. Harper and his colleagues reported on these and other ideas to improve efficiency last month in science journal Green Chemistry.

Transportation and other aspects of a supply chain would be another challenge, Harper noted. However, Wilkens and his colleagues may be a step ahead in that regard.

“I am extremely impressed by his background in building relationships and teams,” said Sara Daugherty, director of operations for BRITE Energy Innovators in Warren, Ohio. “The team he brought together, I think, is a key strength, [along with] his buy-in with the community and all the partners he has for gathering the batteries.” BRITE works as an entrepreneurial incubator to help energy tech start-ups, and energy storage is a particular field of interest.

“Energy storage is kind of like the Wild West right now,” Daugherty said, noting that the lack of standardization means “there are a lot of unknowns.”

In addition to the efficiency issues Harper noted, recycled battery cells for certain purposes may well need to meet various safety standards set by industry or regulatory organizations, Daugherty said. However, groups such as ASTM International or the Institute of Electrical and Electronics Engineers haven’t yet set such standards, because the technology is still developing.

Nonetheless, Daugherty expects there will also be lots of opportunities in the field of recycling battery cells. “My understanding is there are finite resources and lots of demand,” she explained. “Recycling is part of meeting that demand. I see that there’s a market there.” She also sees battery storage becoming part of an improved, decentralized electricity system. 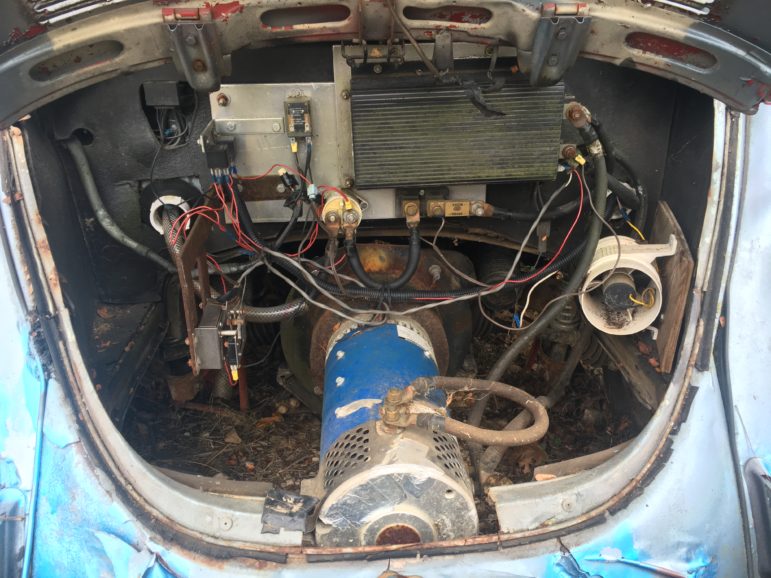 Part of a clean energy future

“The grid is becoming decentralized, and this is part of that solution of having a balance of power for users,” Daugherty said. Combined with renewable energy, battery storage could even replace grid lines for one home or for a microgrid in a rural area. “It’s not always financially the best decision to create a whole new power line through your neighborhood just to power three houses,” she said.

Re-POWER’s regional focus in Appalachia is also a strength, Daugherty noted. It could carve out a niche in a growing field.

The region has been facing huge economic challenges in the face of the coal industry’s ongoing decline. If successful, the project could promote job growth in the clean energy sector while supporting a network of local businesses.

“This is a perfect example of the kind of thinking envisioned for eco-industrial parks — one company’s waste is another company’s raw material,” said analyst Amanda Woodrum at Policy Matters Ohio, which is a member of the Reimagine Appalachia coalition. Part of the group’s blueprint for economic recovery in the region calls for failing coal plant sites, former steel facilities or other properties to be repurposed for environmentally friendly manufacturing.

“We can grow clean and efficient manufacturing in the region by taking advantage of the ingenuity of people in the region,” Woodrum said.

It’s unclear when Re-POWER will be able to scale up its process. Part of that will depend on funding and overall economic conditions. Most likely it will take at least a few years before production can ramp up and some years longer to develop the battery storage network it envisions.

For now, Wilkens drives his Electric Blue Bugaloo. Hager can use battery packs on her electric bicycle. And down the road, they and their colleagues look forward to being part of what Harper foresees will be “a very competitive space.”

“However, it will be an area of enormous growth,” Harper added, “as we anticipate there being an enormous number of electric vehicles on the roads in the near future.”