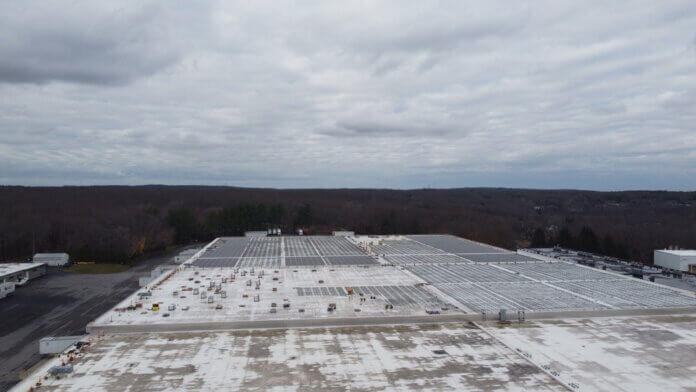 The project, which will utilize over 16,000 solar panels, is being installed by AUI Partners, a full-service renewable energy and commercial contractor, on a 560,000 square foot warehouse in East Greenwich. Full commercial operation of the project is expected in early 2021.

Bristol, Barrington and the Barrington School District are committed to buy the power generated from the system through a long-term power purchase contract. The system should produce approximately 195,681,096 kWh over the lifetime of the contract period.

“We are glad to be working with such strong partners in both AUI Partners and IBEW Local Union 99 to build the largest single rooftop solar project to date in Rhode Island,” says Aaron Rust, director of asset management at NuGen.