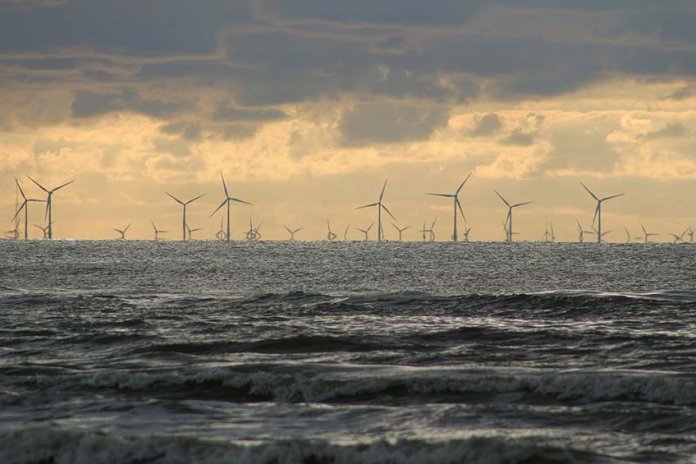 With its shallow, warm waters, smaller than average wave heights and close proximity to existing offshore oil and gas infrastructure, the Gulf of Mexico presents many advantages for offshore wind. However, unique conditions in the Gulf of Mexico introduce new technology challenges such as hurricane exposure, lower winds and softer soils that will require offshore wind technology to not only survive these conditions, but also to demonstrate cost competitiveness in regional electric markets.

Two recent studies conducted by the National Renewable Energy Laborator (NREL) and funded by the Bureau of Ocean Energy Management (BOEM) have yielded promising results for the future of offshore wind energy in this region.

The studies, which began in April 2017, set out to assess the feasibility of various potential offshore energy resources in the Gulf of Mexico and determine which technologies offer the most promise to meet the future energy needs for the five Gulf-bordering states of Texas, Louisiana, Mississippi, Alabama and Florida. The results will inform federal and Gulf of Mexico-bordering states’ strategic energy planning over the next decade.

“As we seek to diversify the U.S. energy supply using ocean renewable resources, we are finding that the existing oil and gas industries in the Gulf are able to leverage their vast ocean-based capabilities to expand their businesses and capitalize on these new energy opportunities,” says Walt Musial, researcher and lead author at NREL.

The first study, Offshore Renewable Energy Technologies in the Gulf of Mexico, analyzed different offshore renewable energy technologies, including offshore wind, wave, tidal, ocean current, ocean-based solar, ocean thermal, deep water source cooling and hydrogen conversion and transport, to determine which are best suited for electric utility-scale development in the Gulf. Offshore wind was found to offer a technically feasible resource potential of 508 GW – the largest of any of the technologies analyzed, and twice the energy currently consumed in the Gulf states.

In addition to identifying offshore wind as the leading technology for Gulf of Mexico application, NREL further analyzed the economic feasibility of offshore wind both regionally and for selected sites. That analysis was the focus of the second study, Offshore Wind in the U.S. Gulf of Mexico: Regional Economic Modeling & Site-Specific Analyses. In this study, NREL established selection criteria for hypothetical wind plant locations throughout the Gulf of Mexico and recommended to BOEM six viable study areas: Port Isabel, Galveston and Port Arthur in Texas; Pensacola and Panama City in Florida; and New Orleans in Louisiana. Of these sites, Port Isabel, Port Arthur and Pensacola were selected jointly by BOEM and NREL for a more detailed cost analysis to represent possible future offshore sites in the Gulf of Mexico. The study projected that costs will decline steadily over the next decade with some sites reaching the threshold of economic viability (market potential without subsidies) by 2030; but the assessment assumed that new technology adaptations for hurricanes and lower wind speeds would also be in place.

The analysis also indicated that a single offshore wind project could support approximately 4,470 jobs with $445 million in gross domestic product (GDP) during construction and an ongoing 150 jobs with $14 million GDP annually from operation and maintenance labor, materials and services. These results were based on a 600 MW project at the Port Arthur reference site with a commercial operation date of 2030.

Photo: Two studies conducted by NREL and funded by BOEM highlight the untapped potential of wind energy in the Gulf of Mexico