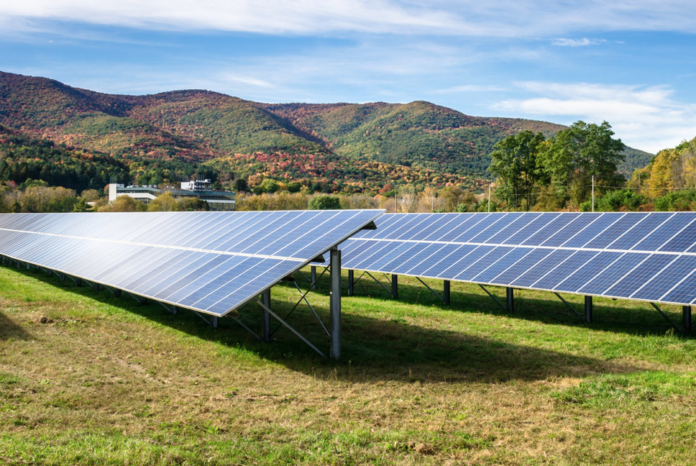 The New York State Department of Public Service (DPS) has approved the implementation of a community solar pilot offered on an opt-out basis in Lima and Brockport, N.Y., as a component of the Finger Lakes Community Choice program.

Community solar enables households to receive the benefits of solar energy – lower electricity costs and reduced carbon gas emissions – without having to install panels on their home or property. Instead, a utility account holder subscribes to a nearby solar project and a portion of the electricity generated by the solar farm gets credited directly to the subscriber’s utility bill. The guaranteed discount, in the form of solar bill credits, is made possible by incentives for renewable energy generation. Roughly half of U.S. residents cannot install solar panels on their homes.

“We are delighted to be able to cooperate with our municipal partners in Lima and Brockport on this first-of-a-kind program,” says Mike Gordon, CEO of Joule Community Power. “It is always inspiring to work with far-sighted local leadership looking to better the situations of their own constituents, while at the same time supporting a larger cause.”

The approval of opt-out community solar by DPS enables communities, rather than individual consumers, to directly support the development of renewable energy generation in New York and opens the door to a more inclusive model of community participation.

The community choice aggregation (CCA) solar program allows municipalities to enroll their entire population in community solar, leveraging the collective buying power of their residents at a large enough scale to secure better terms through a single competitive bidding process with solar providers. When used in conjunction with CCA supply programs, residents can augment their electricity bill savings and combat climate change on multiple fronts, thereby maximizing the impact of their participation and their electricity bill savings.

Until the approval of the pilot by DPS, those wishing to enroll in a community solar program were required to undergo a soft credit check, sign a contract with a community distributed generation (CDG) provider and pay separately for the solar credits. Therefore, before opt-out community solar, subscribers would pay a reduced monthly utility bill as well as a second bill from the solar CDG project developer for their discounted solar credits that lowered their utility bill.

With the launch of the pilot in Brockport and Lima, the municipalities sign a community-level agreement with the solar project developer on behalf of their residents and businesses, enabling eligible account holders to be automatically enrolled in the program with any credits or charges to be accounted for in the consumer’s National Grid electricity bill. National Grid will continue to deliver electricity to all residents and remains responsible for repairs, maintenance and service. Residents can opt-out of the program at any time with no penalty, but would lose the guaranteed 10% price reductions on the solar bill credits that lower their annual electricity costs.