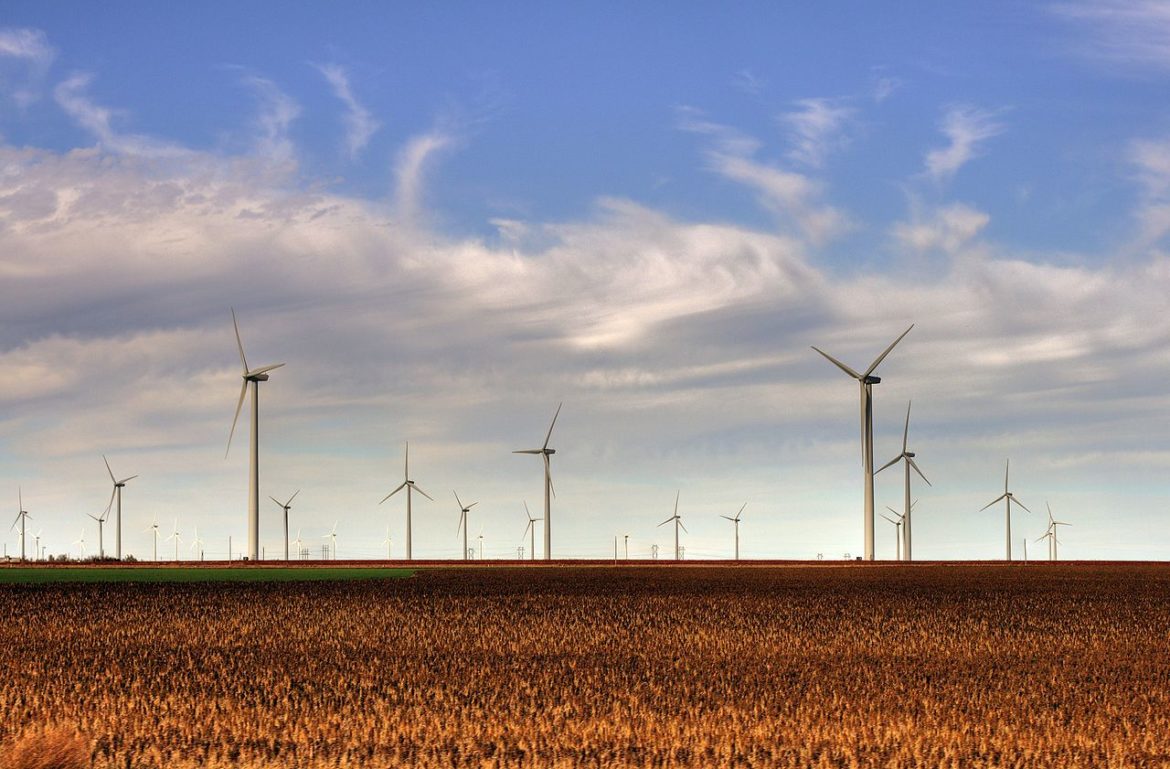 The Smoky Hills Wind Farm as seen from Interstate 70 in Kansas. The Grain Belt Express transmission project through Missouri would move Kansas wind energy to the east.

The transmission line, originally envisioned as a thruway from Kansas to Indiana, has struggled to gain approval in Missouri.

A proposed transmission line to move Great Plains wind energy to Indiana and points east has faced a difficult path in Missouri, with some critics objecting to the energy going elsewhere.

A new agreement now means more renewable energy from the project could be offloaded in Missouri than will be ferried to the end of the line.

Invenergy’s plan to deliver to Missouri as much as 2,500 megawatts of wind power from the Grain Belt Express transmission line reflects growing clean energy commitments in that state and neighboring Kansas, one clean energy advocate said.

Beth Soholt, executive director of the Clean Grid Alliance, said the change of plans means Invenergy “is trying to deliver a product that Kansas and Missouri clearly are saying they want. There has been a lot of additional demand in Missouri for renewables.”

In addition to pledges by the cities of Kansas City and St. Louis to shift their communities to using only renewable power no later than 2050, Soholt said, “We’re seeing utilities and corporate customers who want renewables — and quite soon. So it doesn’t surprise me. I think they are responding to where the market is.”

Invenergy estimates that power from the Grain Belt Express will save the average residential customer in the state about $50 each year. Also, the expansion of a converter station will approximately double the company’s investment in Missouri, up to about $1 billion.

The Grain Belt Express initially was conceived as a thruway to carry 4,000 MW of wind energy 780 miles from turbines in western Kansas to a connection with the MISO grid just inside Indiana. From there, it would travel to markets further east.

A few years ago, the line’s developer announced that it would deliver 500 MW to a collection of municipal utilities, now totaling 39. Tuesday’s news means there could be as little as 1,500 MW continuing on to customers in Illinois, Indiana and beyond.

Invenergy’s plan “is only going to be a plus for Missouri,” said James Owen, executive director of Renew Missouri. He expects to see Missouri’s major utilities line up to tap into some of the wind power that now will be available to them.

“Companies like Evergy and Ameren say they’re going to be more reliant on renewable energy, and it has to come from somewhere,” Owen said.

Both utilities have made commitments to reduce carbon emissions. Evergy, formed last year from a merger of Westar Energy and Kansas City Power & Light, recently made public a “Sustainability Transformation Plan” in which it says that by 2030 it wants to reduce carbon emissions 85% from 2005 levels. The plan also predicts that by 2024, the utility could retire 500 MW of coal power, develop 700 MW of wind power and purchase another 200 MW.

Ameren aims to reduce carbon emissions by 80% by 2050 and has made moves to increase wind in its generation mix. It has been developing two wind farms that would have a combined capacity of 700 MW. The company expects to sign interconnection agreements with the MISO grid operator this fall.

Neither utility responded to questions about the newly available wind power.

State regulators, who after years of litigation and regulatory proceedings finally issued a certificate of convenience and necessity in 2019, will have to approve the revision to Invenergy’s plan. The governing commissions in eight Missouri counties along the route also will have to give Invenergy permission to use their roads. Some of them have promised to continue efforts to slow the process.

Invenergy has the approvals it needs from regulators in Kansas and Indiana, but not in Illinois.

Although Illinois regulators did give their assent to the project in 2015, the Illinois Court of Appeals two years ago ruled that the Illinois Commerce Commission was in error. It sent the matter back to state regulators. Invenergy has not taken up the matter since, but would have to begin anew seeking a certificate, Conley said. The company has not decided whether to start again seeking a certificate in Illinois.