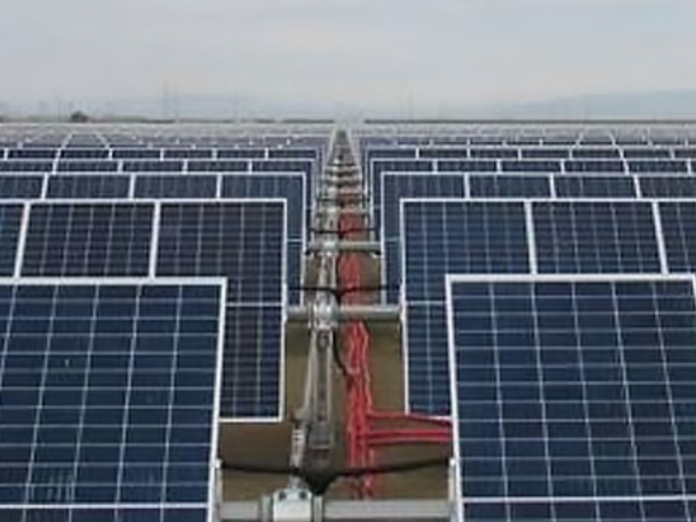 “This is yet more new steel in the ground that will help our customers and the broader community take another important step toward all-renewable power and reducing greenhouse gas emissions,” says Jan Pepper, CEO of Peninsula Clean Energy. “It showcases again how renewable power projects can provide substantial jobs and other economic benefits across our state.”

The 100 MW Mustang Two Whirlaway project was developed by Idemitsu Renewables in Lemoore, Calif. The project employed 560 workers at its peak, including half from Kings County, and nearly 223,000 working hours. The construction of the Mustang project is governed by a five-party project labor agreement involving the International Brotherhood of Electrical Workers, Ironworkers, Carpenters, Laborers and Operating Engineers. The related economic development in the county also included about $2.8 million in materials, services, local licensing and permitting fees – of which nearly $1 million benefited Kings County directly.

To date, Peninsula Clean Energy has contracted for 500 MW of renewable energy resources. In addition to Mustang Two Whirlaway, the 200 MW Wright Solar Project, which is the largest renewable energy installation built for a community choice aggregator, came online in January.