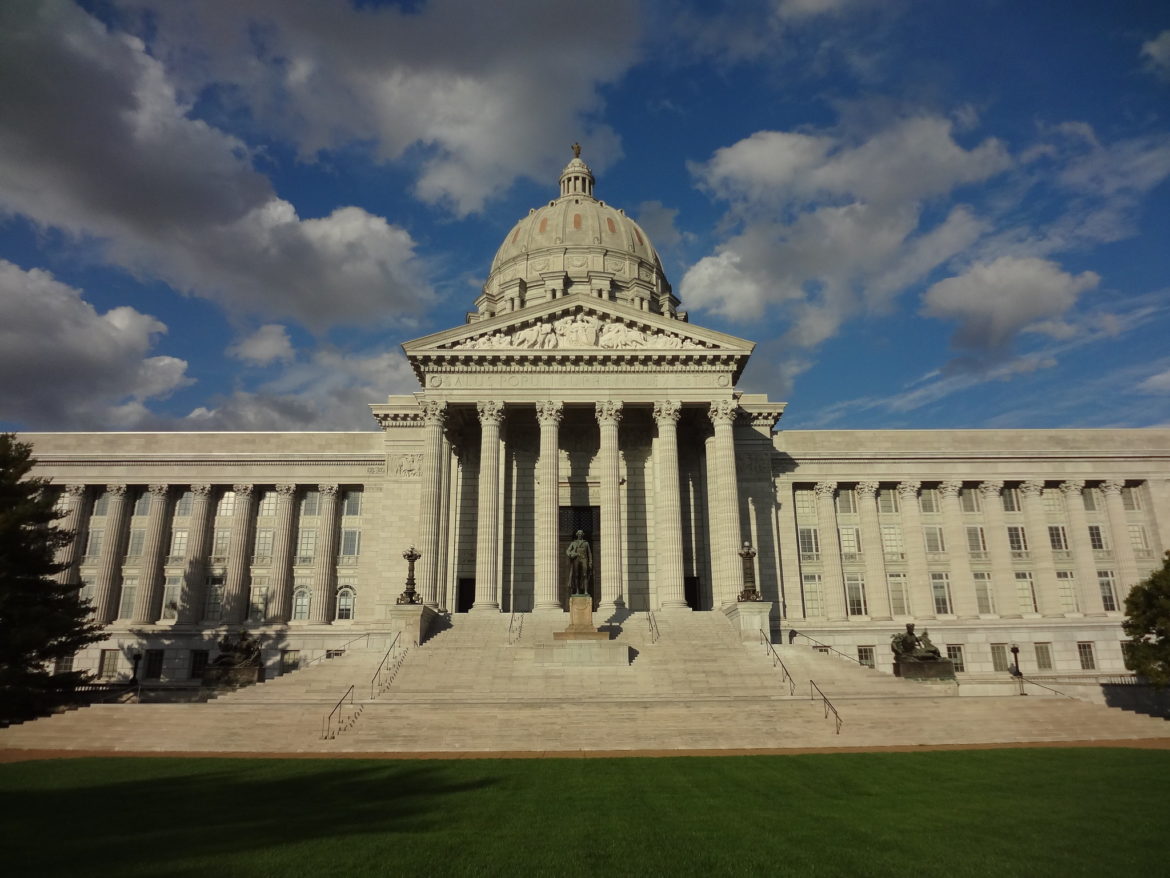 The Missouri Statehouse in Jefferson City.

The bill is on its way to a full vote in the state House, where it’s expected to pass, but it faces longer odds in the Senate.

A bill that would hobble or possibly kill a major wind energy transmission line project across Missouri is headed to the state’s full House of Representatives.

A provision in SB 618 would essentially block Grain Belt Express developers from using eminent domain to secure property along its planned route. The long-distance, high-voltage transmission line would move up to 4,000 megawatts of wind power from central Kansas across Missouri and Illinois. About three dozen utilities in Missouri have committed to purchasing some of the power.

A House oversight and reform committee approved the language Wednesday as state lawmakers reconvened this week to pass a budget during a pandemic-shortened legislative session. The language has support in the full House but faces a less certain path in the Senate.

Developers of the troubled Grain Belt project have persisted for years despite regulatory disapprovals, unwilling landowners and lawsuits. The Missouri Public Service Commission finally gave its blessing to the vision a year ago.

Because the session is close to ending, and because eminent-domain language earlier in the session didn’t get far, legislators decided to innovate this week. They found a bill originally drafted to change the way gas companies deal with a government-mandated infrastructure surcharge. Then they attached an amendment basically prohibiting the project’s developer, Invenergy, from employing eminent domain along the Missouri stretch of the 780-mile route. They also added a couple of sweeteners for the solar industry: a user-tax exemption for in-state solar companies, and a prohibition against homeowner associations outlawing solar arrays.

The House’s Special Committee on Regulatory Oversight and Reform approved the package, and the House is now expected to vote on it, probably next week.

Given that the House already has endorsed the eminent-domain language, the current bill “won’t have any problem getting through the House,” said Scott Bell, legislative aide to Rep. Jim Hansen, the bill’s chief sponsor in the House. Its trip through the Senate is a little less predictable, he said.

James Owen, executive director of the clean energy advocate Renew Missouri, agreed that the Senate will present a taller hurdle: “It was always going to be the tougher route.”

Although a Senate committee approved the measure before the legislature left for a COVID-19 break, Owen said there are a few Republican senators not at all keen on the eminent-domain language.

Invenergy could not be reached for comment. The company likely could not proceed without the power to condemn private property. Many landowners along the route have organized, hired a pro bono lawyer and in many cases refused to grant Invenergy permission to run the line over their land.

Rep. Hansen, who has led the charge against eminent domain in the legislature, is serving his final term in the General Assembly. And while he’d be mightily pleased to prohibit the use of eminent domain before his term ends, Bell said he has to recognize the facts.

“We’re hopeful but we’ve got to be realistic,” he said. For the majority of senators, “this isn’t the highest priority.”