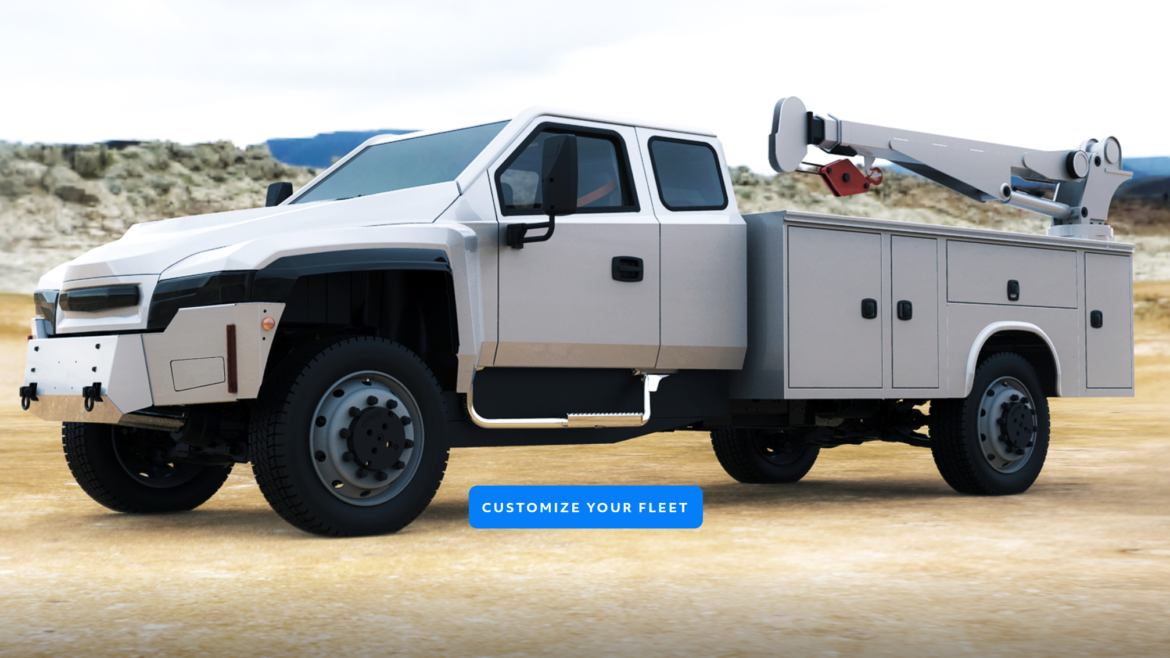 An under-the-radar electric vehicle startup in Minnesota has signed a lease for manufacturing space and is finalizing its first sale.

Automotive engineer Robert Grinstead spent eight years designing and developing the prototype for Zeus Electric Chassis. The company will make a medium-duty work truck designed to be easily customized with a variety of tools such as boom lifts. Chassis refers to the load-bearing frame that a vehicle is built on.

The product is aimed at what’s still an underserved niche in the fast-growing electric vehicle market: flatbeds, cherry pickers, delivery trucks and other medium-duty class 4, 5, and 6 vehicles, which are a step up from the biggest pickup but a notch or two below a big rig.

“There’s not a lot of competitors that are out there with an all-electric, purpose-built, medium-duty truck that’s designed to easily integrate different configurations with work packages on them,” said Mark Rawson, chief operating officer of the California Mobility Center, a paid consultant and early supporter of Zeus that works to connect electric vehicle startups with California fleet owners.

Zeus’ relationship with the center has paid off with a pending sale to the Sacramento Municipal Utility District, which is expected to purchase five Zeus Electric Chassis vehicles for $1.2 million by the end of the month.

The company plans to assemble the vehicles at a new facility in the St. Paul suburb of White Bear Lake using components from a variety of Midwest companies. The batteries will be from a German firm, Webasto.

The ability to customize the vehicles, known in the industry as “upfitting,” is a key differentiator for Zeus. The practice is common in the medium-duty truck market, where companies or governments might buy a small fleet of vehicles and customize each one with a specific set of tools or add-ons.

For Grinstead, the company is a culmination of nearly 30 years of experience working on and off with electric vehicles. He worked on his first electric vehicle project in the 1990s in Michigan, converting pickup trucks to run on electricity for a pilot project. After moving to Minnesota, he worked for the fire truck manufacturer Rosenbauer America before becoming an independent consultant and focusing his energy on developing an electric chassis.

Outside of his focus on an all-electric vehicle, Grinstead aimed to produce a highly modular design starting with three basic truck configurations that can combine with a host of backside applications. Zeus customizes battery size based on projected use, aiming for a battery range of about 160 miles.

“I think they’re going to have a heads-up on the market as it develops,” said Rawson. Government and commercial fleet owners in California, in particular, are looking for electric work vehicles to help reduce emissions and meet climate targets. “You’ve got a motivated customer base.”

Minnesota is home to one of the country’s leading electric bus manufacturers, American Flyer, but it’s hardly a hotbed for the automotive industry. Kugel said the Twin Cities’ location works because most of its components come from Midwest companies, including a chassis, frames, and cabins from Marion Body Works in Wisconsin and engines from Parker Hannifin Corp. of New Ulm. Tires, brakes and other components also will also come from outside firms, he said.

Kugel said the company’s focus in 2021 would be on building the vehicles for the Sacramento Municipal Utility District before moving on to other clients.