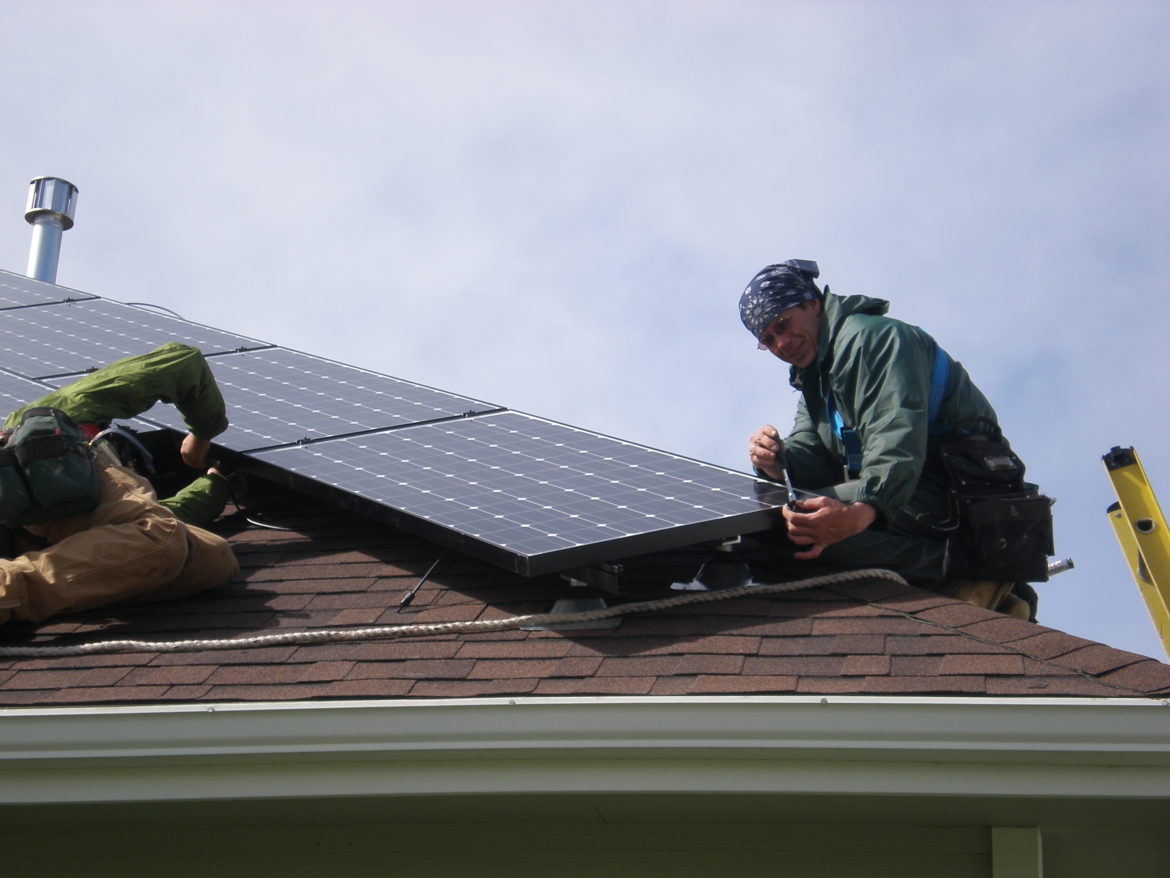 State regulators dealt a setback to solar developers last month, but some think it could become a blessing in disguise.

As part of Consumers Energy’s latest rate case, the Michigan Public Services Commission in December approved the utility’s request to cut the rate it pays for solar generation sent back to the grid by 46%.

Critics say the commission undervalued the benefits Consumers Energy sees when home solar users add energy to the grid, and underestimated the amount of pain that the new rates could inflict on the industry, particularly for residential installers.

“It definitely makes things harder and will increase how long it takes customers to recover their investment in the system,” said Will Kenworthy, regulatory director for Vote Solar, a national solar industry group.

Some developers, however, see a potential silver lining if the changes cause producers to turn to storage technology that immunizes rooftop solar from rate cuts. Rob Rafson, president of Muskegon-based solar developer Chart House Energy, is among those who think the ruling could mark the start of a “positive story.”

“I really think this is going to help drive large-scale adoption of storage, and that ultimately is a super good thing for the grid,” Rafson said.

One option is for home producers to install smaller systems so they aren’t effectively penalized for sending too much electricity to the grid.

But Rafson said a better option is to make use of lithium-ion battery technology that has come down in price to the point that it’s starting to be affordable for use with home arrays. The batteries’ storage space is large enough that residential producers could store their own energy in a battery and use it when the sun is down or the weather isn’t suitable.

When that happens, Consumers Energy’s outflow rates don’t matter because the producer isn’t sending energy to the grid, and that could be a game-changer, Rafson said. If the commission and utilities keep chipping away at home solar’s financial incentives when arrays can store enough power for users to leave the grid, then “people won’t put up with it anymore.” The changes could trigger a wave of “grid defections” in which solar users leave Consumers’ grid altogether, Rafson said.

“The industry is adapting very rapidly, and storage is becoming a very important part of the puzzle,” he added.

Dave Strenski, founder of the Solar Ypsi nonprofit, which promotes rooftop solar in Ypsilanti and around the country, said he once opposed using batteries because they were too expensive, inefficient and had too short of a life. He agrees with Rafson, though he doesn’t think batteries are quite yet cheap enough.

“We’re going to get there pretty soon — the next five to 10 years,” Strenski added.

Critics charge that the changes are part of private utilities’ larger ongoing effort to kill the burgeoning distributed energy industry and retain near-monopoly control over the state’s energy production. Utilities are willing to produce solar energy, but they want to do it at utility scale so they make money, Strenski said.

Consumers Energy has repeatedly said it’s not “anti-solar” while touting its Clean Energy Plan that calls for significant investment in utility-scale solar. It has also received some praise from clean energy advocates for its work on that front, but the company is still criticized for its opposition to distributed energy.

A spokesperson for the Michigan Public Services Commission declined to comment but noted that the commission offered its rationale in the order. The commission wrote that its decision is supported by prior approval of inflow/outflow rates and said the solar industry didn’t provide proof that the energy it sent to the grid offset Consumers’ expenses.

The order also includes two provisions that solar groups applauded. Utilities have been only required to pay customers for energy sent to the grid until the sum of that energy reaches 1% of a utility’s average peak demand, but the commission raised that cap to 2%. That allows for further growth, but clean energy advocates still say the cap should be higher or eliminated altogether.

The order also calls for a workgroup with a mission of effectively determining the value of distributed energy that small-scale producers send to the grid. That could bring an end to the regular battles between the solar and utility industries over rooftop arrays.

The commission plans to hire a third-party company to conduct the study. Kenworthy cautioned that the process’s credibility depends on who the commission selects. Similar processes around the country have been tainted by commissions choosing utility-linked groups to help settle debates.

Environmental groups and intervenors will have a place at the table, and advocates say the key to a compromise is for distributed energy to be left intact and utilities to find a way to still make money off it.