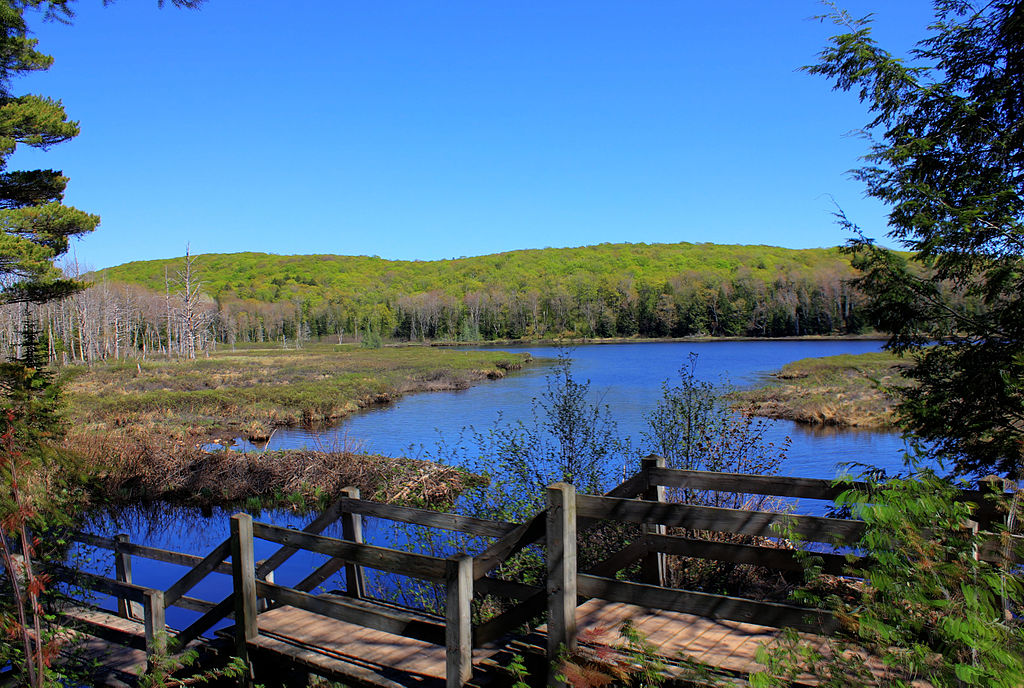 Voters will decide next month whether to shift oil and gas royalty spending from land acquisition to park development.

Michigan environmental groups are at odds over a ballot measure that aims to boost spending on state park improvements using funding from fossil fuel extraction.

The state already relies on mining, oil and gas royalties to fund its park system. Proposal 1 would change the constitutional formula for how that money is spent, giving priority to the development of existing parks instead of acquiring new land, which currently receives a bigger share.

The proposal has support from a coalition of nearly 40 groups, including the Nature Conservancy, Michigan Land Conservancy, and Michigan Farm Bureau, which argue the change will provide much-needed funds to improve recreational facilities at state parks.

Opponents, though, including the state’s Sierra Club chapter, the Michigan Democratic Party Environmental Caucus, and Thumb Land Conservancy, worry those types of investments will create new operating and maintenance expenses for the park system, and eventually more pressure to increase fossil fuel extraction. They would rather untangle the funding arrangement instead of escalating what some characterize as a “deal with the devil.”

“For me, the big problem in this is the whole arrangement furthers reliance on fossil fuel extraction just to maintain parks,” said LuAnne Kozma, director of the Committee To Ban Fracking in Michigan. “None of this is sustainable.”

The state collects royalties from companies that extract resources like natural gas and oil and funnel it into the trust fund and endowment fund. Provisions in the state’s constitution dictate how those monies are spent.

Currently, at least 25% of the trust fund’s annual expenditures must go toward land purchases, while no more than 25% can be devoted to developing recreation facilities. The proposal would change that to require that at least 25% is spent on both, and the trust fund’s board would determine how to spend the rest.

Another new provision would require that at least 20% of the endowment fund’s expenditures be used for capital improvements.

Gov. Gretchen Whitmer cut the general fund contributions to the Department of Natural Resources by about $30 million, or 40%, in fiscal year 2020. That creates a situation in which more money is needed from the industry-funded endowment fund, and incentives drilling, said Marvin Roberson, an ecologist with the Sierra Club of Michigan.

“If this passes then there will be pressure to develop DNR gas reserves [on state land] for funding reasons, not on the merits of the proposal,” he added. “It is simply not a good idea.”

The proposal’s supporters note that the trust fund has also since 1976 provided over $1 billion in grant funding for hundreds of popular projects controlled by local municipalities or other non-government groups, like the Detroit Riverwalk, Michigan’s Iron Belle Trail, and a beach in Marine City.

Rich Bowman, director of policy for the Nature Conservancy, said the plan would also eventually increase the amount of money for such projects. State law currently caps the endowment fund and trust fund at a combined $1.3 billion. Once that threshold is reached, excess funds go to the state legislature. Proposal 1 would redirect that money to the Department of Natural Resources.

If the funds’ money ends up going to the legislature, then lawmakers would likely want to increase drilling to raise revenue for the state’s general fund, Bowman said. Proposal 1 prevents them from doing so.

“It may have the opposite impact,” in terms of incentivizing or encouraging development and exploitation, Bowman added.

Conan Smith, director of the Michigan Environmental Council, also noted that the DNR is currently only spending money made off the funds’ interest, so it’s not directly spending oil and gas revenues. The council backs the plan because the state has previously prioritized buying open, rural land instead of focusing on parkland in urban centers where most of the state’s population lives. The changes would help address that inequity, Smith said.

“It’s all ‘drill, baby, drill’ because our parks need this money, and we can’t function without it,” Kozma said. “That’s wrong. We’re digging ourselves in deeper with oil and gas.”