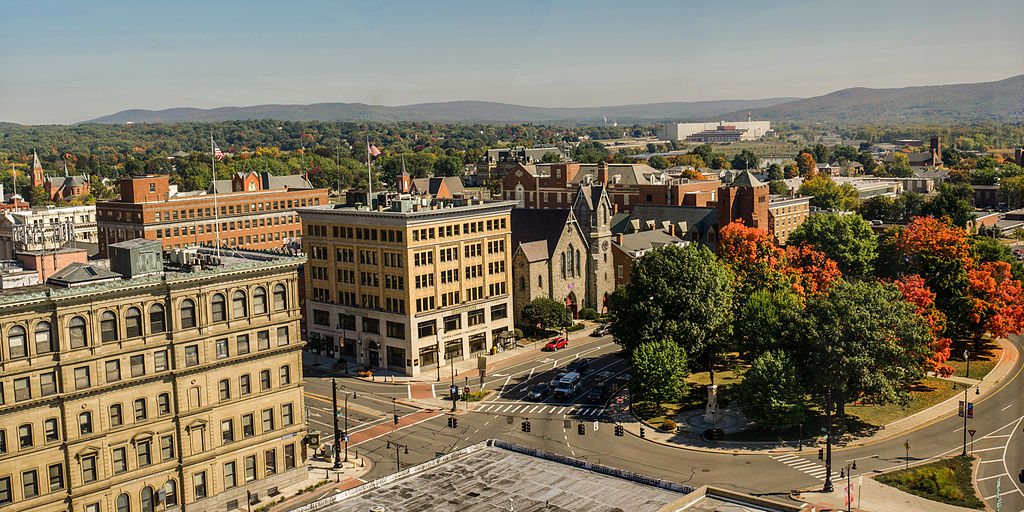 A state program has helped dozens of Massachusetts organizations explore the potential costs and benefits of pooling energy resources with their neighbors.

The Massachusetts Clean Energy Center awarded grants to study the feasibility of 14 community microgrid projects. Unlike standard microgrids that tend to serve just one property owner, community microgrids incorporate multiple stakeholders and as a result are far more complicated to plan and build.

The goal is to power critical local facilities in a way that improves community resilience in case of disaster and promises substantial reductions in greenhouse gas emissions. Each project received up to $75,000 to investigate the logistics and cost of building a community microgrid. The grantees can also take advantage of technical advice from industry experts.

Microgrids of all kinds have been attracting more attention in recent years. These smaller-scale, self-contained systems generate power for connected consumers and often include battery storage that allows them to access electricity even if the grid is down. When connected to renewable sources like solar panels or wind turbines, these arrangements can reduce energy costs, cut carbon emissions, and make facilities more resilient in the face of emergencies.

Community microgrids are an emerging sector within this field. The expansion from a single-owner model can amplify the benefits of a microgrid, but it can also make the project much more complex to design and implement. Planners have to consider which facilities and members get priority if available power is limited, how the financial burdens and benefits are to be shared, and if the proposed site is appropriate for the solar panels, wind turbines, or batteries the system would need.

The grant program was designed to help people start figuring out what questions need asking and what the answers might be as an early step toward learning what works in community microgrids, Nelson said.

“This is somewhat of an incremental step to identify a replicable, scalable model,” Nelson said.

The deadline for completing the feasibility studies was earlier this summer. Now project planners are assessing the results and deciding whether to move forward in their communities.

In Chelsea, a city with high immigrant populations and relatively low average incomes, a coalition of clean energy companies and environmental activist groups received a grant to look into developing a community microgrid using a process that proactively engages marginalized groups. The plan that emerged connects city hall, a public housing building for seniors and people with disabilities, and a medical center within one microgrid. The system would be municipally owned but developed with private partners and would include solar panels and battery storage.

The plan has a few major goals, said Maria Belen Power, associate director of Chelsea-based environmental justice group GreenRoots. It would provide resiliency in the face of accelerating climate change, she said: Essential city operations could continue even if the grid went down, and elderly public housing residents wouldn’t have to worry about refrigerated medicine spoiling or medical equipment going without power. The community microgrid would also offer concrete evidence that it is possible for a grassroots effort to make a big difference to the lives of local residents and the larger environment, Power said.

“If we’re able, through a microgrid, to reduce emissions and move toward renewable sources of energy, we can also start doing that in other sectors, and that would have a much broader ripple effect,” she said.

GreenRoots and its partners are now pushing forward with the microgrid plan, looking into ways to raise funds for infrastructure and operations.

In the suburban town of Bedford, a team investigated a microgrid that would serve an air force base, an airport, and a research laboratory. The town is home to Hanscom Field, a general aviation airport, and Hanscom Air Force Base, a military installation that uses some of the civilian infrastructure on the site. The potential microgrid is part of an air force pilot program looking at ways to work with private partners to develop energy resiliency, ensuring that military operations aren’t compromised by disruptions to the grid.

Working with civilian partners makes the logistics of developing a microgrid trickier, but it also allows the air force access to funding and expertise it wouldn’t necessarily have if it kept the project entirely internal, said Shawn Bennett, an advisor in the Air Force office of energy assurance.

“As the opportunities become more complex, we don’t have the resources to figure it out ourselves,” Bennett said.

The Hanscom microgrid will ultimately serve the airport and the Massachusetts Institute of Technology’s Lincoln Laboratory, a national security research center located at the airfield. Initially, though, the focus will be on ensuring reliable power to the air force base, before expanding the system to loop in the other facilities.

It is a model that planners believe shows promise for strengthening military operations while also benefiting the communities in which they are located, said Michael Wu, principal with Converge Strategies, an energy consulting firm focused on national security-related projects that was involved in developing the feasibility study.

“I think we’re going to see the Hanscom-type model — deploying a microgrid that both meets civilian needs and military needs — in a lot of different defense communities,” Wu said.

Not all the case studies ended in optimism, however. In the western Massachusetts city of Pittsfield, the grant funded an investigation into a potential microgrid serving critical facilities in the densely packed downtown. However, planners discovered that many of the buildings downtown, though close geographically, were in fact not closely connected on the grid. When the final cost estimates were run, it became clear that bridging this gap would cost far more than seems feasible, said Tory Hanna, a Pittsfield resident and a renewable energy professional who organized the city’s study.

“The costs were just astronomical,” he said. “It was a great effort and it revealed a lot of things, but it’s probably not going to go anywhere.”

Even though some of the studies will inevitably run into dead ends, they have still generated valuable information about what obstacles can be expected, what strategies can be tried, and what questions need to be examined, as the adoption of microgrids continues to accelerate, Nelson said.

“There’s little doubt that they’ll be part of the future grid,” he said. “The feasibility study is the critical first step.”