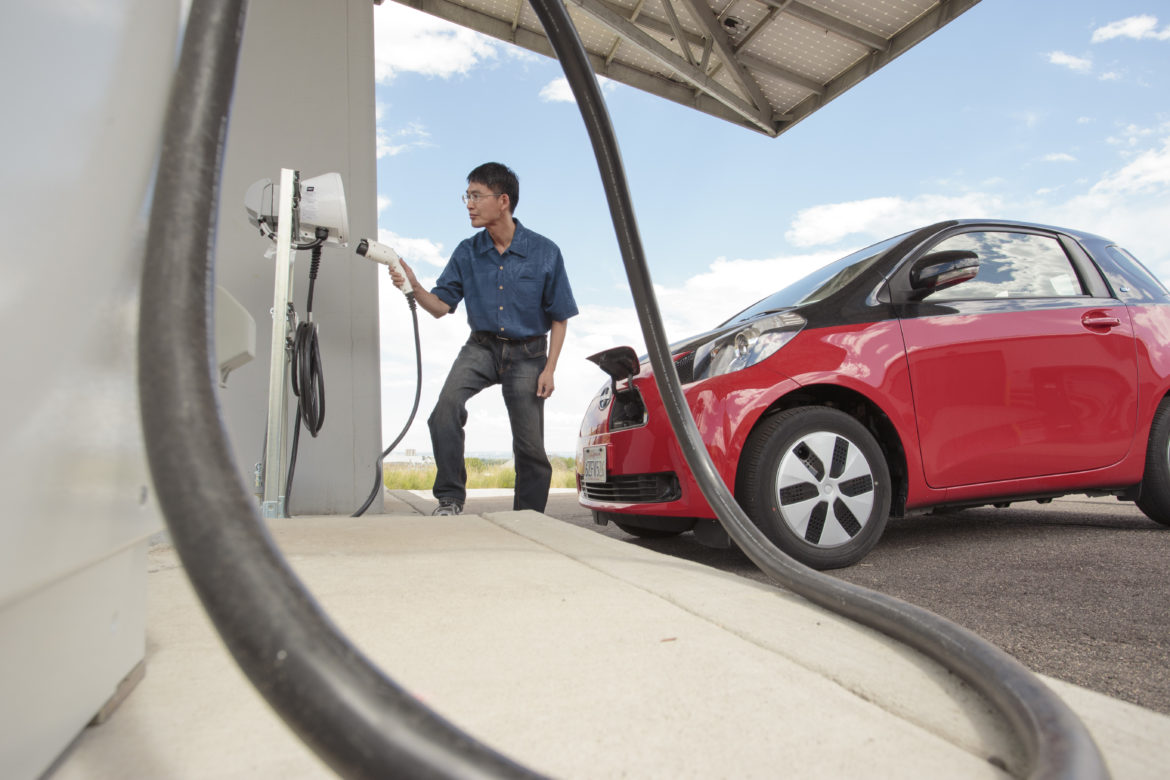 A state incentive program just saw its best two months since the coronavirus pandemic halted most car sales this spring.

Clean transportation activists are praising Massachusetts’ efforts to expand its electric vehicle incentives while also arguing for changes that would put vehicles within reach for more households.

“We’ve been really glad to see the interest the state has taken,” said Anna Vanderspek, electric vehicle program director for the Green Energy Consumers Alliance. “I’m hopeful that [changes] will really widen the impacts of vehicle electrification, that it will bring the benefits to more people.”

Electric vehicle sales are slowly rebounding in the state: In September, the number of new purchases submitted for an incentive payment more than doubled from the previous month, from 156 to 339. In October, the number edged up to 345. These totals fall well short of the peaks reached in 2018, but those who follow the industry are cautiously optimistic, noting that vehicle sales across the board are starting to edge back up from COVID-driven slumps. And the electric vehicle market, they said, is recovering at a slightly faster rate than traditional internal combustion vehicles.

“There is some degree of recovery going on from COVID,” said Jordan Stutt, carbon programs director at the Acadia Center. “Obviously we have a long way to go there, but some people are buying cars again and a lot of those are [electric].”

The Massachusetts Offers Rebates for Electric Vehicles program, or MOR-EV, was launched in 2014, providing rebates of $2,500 on the purchase of qualifying new battery electric or plug-in hybrid vehicles. Adoption was slow at first, but grew steadily until 2018, when participation suddenly spiked, increasing by a factor of six during the year, from 253 rebates in January to 1,529 in December.

However, finding a stable funding source was a challenge from the beginning and, in 2019, the rebate dropped to $1,500. By the end of the summer, the money ran out entirely and the program was suspended at the end of September.

In December that year, the state announced the program would be reinstated for at least two years with up to $27 million in annual funding, far more than it had ever previously received. The rebate went back up to $2,500, with vehicles priced less than $50,000 eligible to participate.

From the beginning of the restarted program, there were questions about whether it would be possible for the program as structured to use up the suddenly expansive annual budget. And advocates have long pushed measures they believe will make the program more inclusive and accessible.

Then, in March, the coronavirus pandemic hit, and new vehicle sales plummeted. In May, just 54 rebate applications were processed, the lowest number since the very first months of the program (with the exception of the three months the program was suspended).

Since spring, the state’s Zero Emission Vehicle Commission, which oversees MOR-EV, has been working on tweaks to increase adoption and make the program available to more buyers.

In June, the program was expanded to include nonprofit and business fleet vehicles, though no sales have yet been recorded using this provision, because of the lengthy procurement process such large organizations go through when buying vehicles.

“There’s a lag time between when they are informed of an incentive and when it actually impacts their purchasing cycle,” said Will Lauwers, director of emerging technology for the state Department of Energy Resources.

Over the summer, the rebates were also made retroactive, allowing consumers who bought qualifying vehicles in the last three months of 2019 to receive payment. So far, 290 rebates have been claimed under this rule.

The commission has also released a draft proposal for including medium and heavy-duty trucks in the program, likely in early 2021. The rebates would vary from $2,500 for the smallest vehicles to $60,000 for those over 33,000 pounds. Trucks registered in zip codes identified as environmental justice communities would receive an extra 10% on their rebate.

At the same time, changes in the electric vehicle market offer further cause for optimism, said Vanderspek. Several new electric models will be launching in the coming months, including a Hummer from GMC, billed as “the world’s first all-electric supertruck,” a Ford F-150 pickup; and compact SUVs from Audi and Volkswagen. The availability of electric vehicles in a wider range of sizes and shapes should help spark further adoption, Vanderspek said.

Still, advocates said, there is room for MOR-EV to broaden its reach. One of the most common requests is for a system that offers rebates on sales of used electric vehicles. Such a move could also have environmental benefits by keeping used cars in the state when they are sold on to their second owners, Stutt said. It would also make the program more inclusive, putting an electric vehicle within the reach of more lower-income households.

Many would like to see the incentive applied at the point of sale, rather than as a retroactive rebate, making the purchase more feasible for those who can’t afford the full price upfront. They also recommend the rebate be increased to $5,000.

“This is just common sense: The more aggressive the rebate, the bigger an impact it has,” Vanderspek said.

Charging infrastructure and consumer education are also essential, said Ed Fanjoy, director of communications for the New England Electric Automobile Association. In his outreach work to consumers, the most common concerns he hears are about charging time and access to charging stations. Car shoppers need to see a robust charging infrastructure and learn more about the ease of charging to increase their comfort with making the switch.

Even as they continue to push for further changes, however, advocates say the feedback they are receiving from the state is promising.

“They’re really trying to think this through,” Vanderspek said. “I’m hopeful that it will really widen the impacts of vehicle electrification, that it will bring the benefits to more people.”