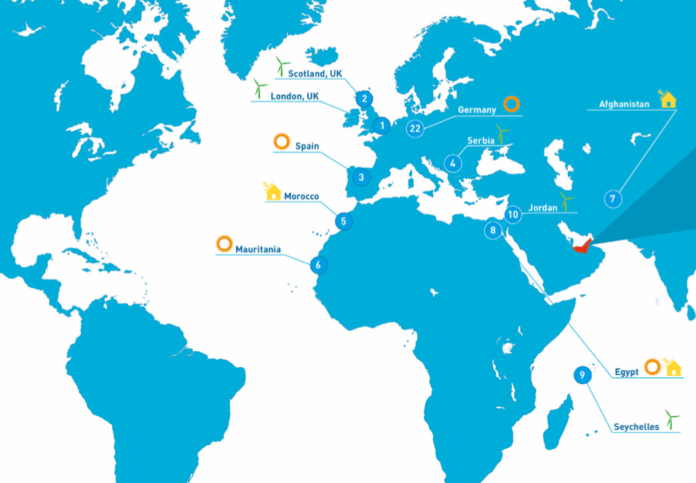 Masdar, a global renewable energy company, has achieved the first closing on the acquisition of 50% of a 1.6 GW clean energy portfolio of projects in the U.S. from EDF Renewables North America, a company that specializes in renewable energy production.

Of the five projects in California, four started commercial operations in December 2020, all located in Riverside County. These include the Desert Harvest 1 and Desert Harvest 2 PV projects, which total 213 MW DC of solar, and the Maverick 1 and Maverick 4  PV projects which total 309 MW DC. The final project in California is Big Beau, a 128 MW DC solar PV and 40 MW/160 MWh battery energy storage system, which is in Kern County and will reach commercial operation in December 2021.

“This is a significant milestone in our collaboration with EDF Renewables North America, with these projects now actively contributing to U.S. renewable energy objectives,” says Mohamed Jameel Al Ramahi, CEO of Masdar. “As the second-largest renewable energy producer in the world in terms of installed power capacity, the U.S. offers considerable scope for further growth, and with President Biden having made clean energy investment a key priority for his administration, we clearly anticipate greater opportunities in this market.”

Power from the diversified portfolio projects will be sold under long-term contracts to a variety of offtakers, including utilities, hedge providers and community choice aggregators (CCAs). In total, the eight projects have created more than 2,000 jobs in the country’s clean energy sector.