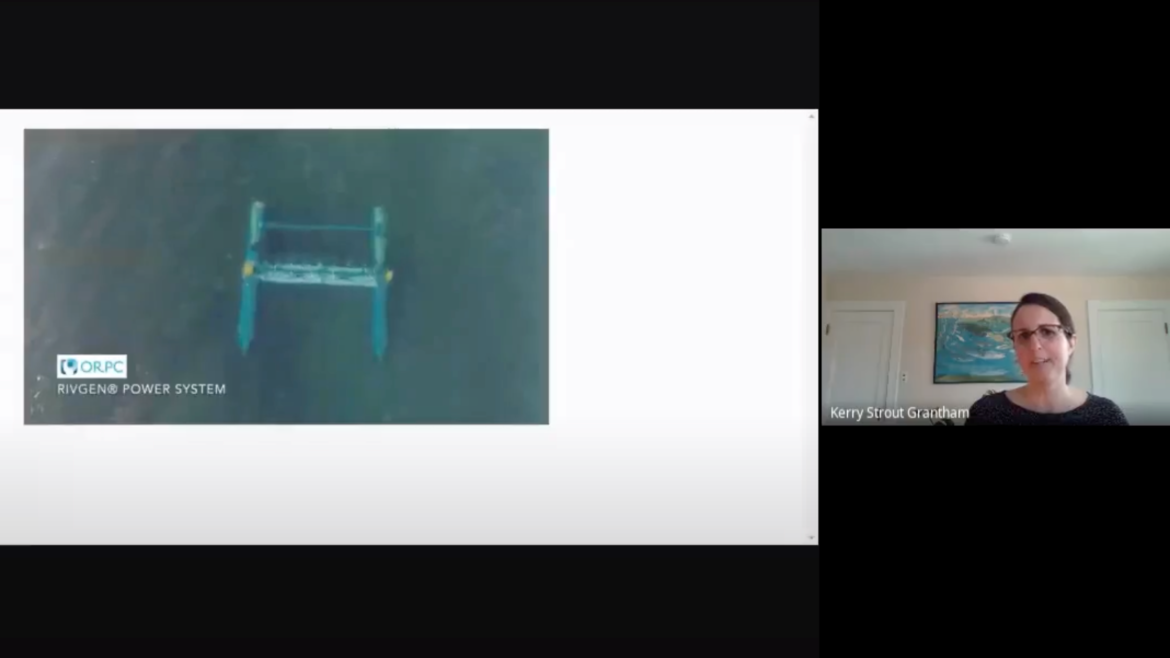 A new clean energy career development program in Maine, though, just might have planted the seed in a few young minds.

E2Tech, a Maine clean technology organization with members that include developers and advocates, recently began a series of online career days for middle and high schoolers to hear from clean energy professionals. Originally devised as a quick response to school closures during the coronavirus pandemic, the Google Hangouts meetings that take place on periodic Fridays have helped E2Tech reach students throughout the state. The sessions build on similar programming the organization usually does in the classroom.

The topics are complex, and with attendees ranging from fifth grade to high school seniors — many in STEM-focused (science, technology, engineering and math) programs — each student brings a different understanding of energy, and they’re thinking about their futures differently. But organizers are leading the sessions with the tenet that if you don’t know the opportunity exists, you won’t know to look for it. And with guests who began their working lives at places like bowling alleys and turkey farms, they hope to show youth that career paths are rarely straight lines.

Past sessions have included an environmental scientist specializing in renewable energy consulting, a virtual reality designer, and even an electric rate design expert. When it gets really complex, Marty Grohman, E2Tech’s executive director, presses speakers to give specific examples of their work.

One recent Friday afternoon session featured two speakers from the Ocean Renewable Power Company. Based in Portland, Maine, ORPC produces underwater turbines that generate electricity. Kerry Strout Grantham and Melozi Scott discussed their experience bringing the 50-foot-long generator, known as the RivGen, to a remote community in Alaska. The device is meant to reduce the village’s need to rely on diesel fuel imported by plane. Students during the session were able to ask questions through the text-based chat feature in Google.

“I just want them to know what’s possible,” Grohman said of the student attendees. The session with ORPC drew about 20 participants, although Grohman said the sessions have pretty consistently had 30 to 35 students. He especially wants students to understand that most of these professionals were not planning to end up where they ended up. So he asks his guests about their career paths, beginning with their first jobs.

Grantham originally worked in a Massachusetts bakery and later led shark dives in the Tropics. She eventually became a consultant in the renewable energy field — a foray into marine biology in college helped her realize she didn’t like the lab but did like working with people — before joining ORPC as the development services manager. In that position, she works with state and federal regulators to get permits for the generators, and she coordinates with community officials who are interested in the projects but wonder how they’ll affect the environment.

“The most common question I get is will our turbines chop up fish,” she said during the session, adding that the answer is no: “To date we have not documented any injury or mortality of fish or marine mammals.”

Scott took care of dog sled teams where she grew up in Nome, Alaska — the end of the Iditarod trail — then went to college in Texas. She worked there in maritime regulation in the oil and gas industry, then pursued her engineering job with ORPC.

“‘I want to change industries and I want to move somewhere with changes in temperature,’” she said she told herself at the time.

Both Grantham and Scott took time getting to know ORPC and forming relationships with the organization before positions opened up for them. During a subsequent interview, both said this strategy is useful: People who join their team normally reach out to the company whether or not there’s a position posted, Grantham said. Scott said unpaid internships can be a valuable way to form connections and get experience.

“Speaking to students is really good practice,” Grantham said about the E2Tech session. Having to describe her position in basic terms “is really helpful in engaging a lot of people.”

“I think the questions are much more unique with students than it is with adults,” Scott added. Questions during their session focused both on the RivGen itself as well as on the way students might prepare themselves for this type of career.

One of those questions came from Emily Segal, a 10th grader in Deering, Maine, who asked about RivGen’s lifespan and what it is made of. (Its lifespan is 20 years, and some of its components are recyclable, some are reusable, and some are disposable, Grantham said.)

“I was curious if the RivGen can be recycled because if it can, that might open the mindset of more people,” Segal said afterward. Her mom works in the renewable development industry, so Segal has heard about debates over the materials used in things like wind turbines.

She was intrigued by the talk. “It kind of escaped my mind that sustainability can be used to power remote villages and places,” she said. “Clearly, shipping diesel across the United States is very expensive and very harmful to the environment. So of course doing something for a remote town or village would be really smart.” And learning about hydropower and tidal power was interesting too, she said, since they’re not as commonly discussed as solar and wind.

Segal is interested in environmentally sustainable architecture and design, building on her interests in math and art. She’s unsure what her specific job might be, but college environmental design programs have caught her attention. She’s been attending the E2Tech talks to help meet requirements as part of her school’s STEM endorsement program and appreciates the advice speakers give. She especially liked one guest’s advice that it’s best to keep an open mind so you’re ready to jump into new opportunities.

“I thought that was just really enlightening and a really cool thing, to hear all this different advice that people are all saying to students who want to pursue a career in STEM,” Segal said.

Seventh grader Wyatt Smith also joined the session from Virginia. His dad, currently working at the Pentagon, is about to retire from the Navy. Next month their family will move to Maine, where Wyatt’s parents are from, and where his dad will begin pursuing a clean energy career.

A fan of the Boston Red Sox (Maine’s closest major league team), Smith has had a homeschool education. His dad’s interest in energy got him interested in energy, while maintaining an interest in hands-on work like fixing bicycles.

Seeing the talk with ORPC shed light on new possibilities, he said. Making clean energy generators would fit well with his love of the outdoors and of being involved in active work. He’s not sure where his career will end up, but “I don’t really want to be working at a desk,” he said. “I want to be working outside.”

He was especially taken by the fact that Grantham’s and Scott’s jobs involve serving communities. Working with the town in Alaska and gaining the support of residents so they could have clean energy and know the device was safe — “I think that would be kind of cool,” Smith said.

The next session is scheduled for June 5, and Grohman aims to extend the program through the summer and even beyond. One benefit of going online is that more people can attend — not just Smith, in Virginia, but also Maine’s northern rural counties, where it’s harder to bring in-person programming. Grohman also thinks the digital setting could encourage more student questions, since they might find it less intimidating to type a question in the chat window than to have to ask it out loud.

“We’ve all been kind of learning as we go what works best for distance learning,” said Robin Tiller, a middle school science teacher in the STEM Academy at Biddeford Middle School. She’s made the sessions optional for her students. “This is really nice because students go to attend an event and be exposed to professionals in STEM careers that they might not have encountered otherwise.”

The talks “have been great on a number of levels,” said Rick Wilson, who coordinates community partnerships at Brunswick High School. He’s tried to spread the word to his counterparts at other schools in southern Maine. The sessions are useful to demonstrate to students that “life and career paths aren’t usually linear,” he said. “They’re usually very circuitous.”