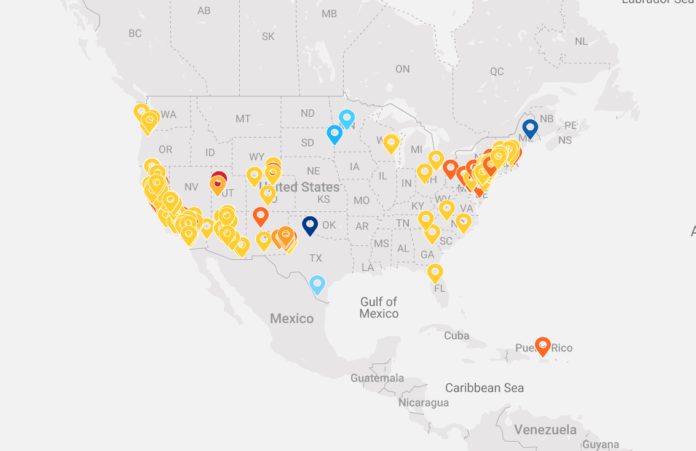 Two Danish pension funds, PKA and PenSam, represented by their investment manager AIP, say they are investing in 50% of the equity interests of both Little Bear Solar and Prospero I Solar, a 379 MW DC project in Andrews County, Texas.

“Longroad is excited to complete the financing of the Little Bear solar projects and to broaden our partnership with PKA and PenSam through AIP. The Longroad/AIP partnership now owns 837 MW of wind and solar projects,” says Paul Gaynor, CEO of Longroad.

Little Bear consists of four separate projects selling energy and RECs to Marin Clean Energy (MCE) under 20-year busbar PPAs. The projects are expected to be completed by the end of the fourth quarter. In addition to creating approximately 500 jobs during the construction of the facility, the project will contribute over $2 million in sales and property taxes.

Longroad acquired the development project from First Solar last year and has since completed all the elements for a successful deployment.

The major components are as follows:

In May of 2019, Longroad announced the financing and notice to proceed with the Prospero I solar project. The project has been under construction since and is projected to be operational in the second quarter. The Prospero I solar farm covers 4,640 acres and is expected to deliver more than $21 million in property taxes, including more than $12 million to the Andrews Independent School District. At its peak, the project employed over 400 people during construction. All told, the project expects to pay more than $24 million in wages over the project life.

First Solar, NEXTracker and TMEIC are all project suppliers; Swinerton Renewable Energy is building the project under an EPC agreement. The project has an energy-only PPA with Shell Energy North America (SENA).

Facebook is the sole tax equity investor and, along with SENA, will share the renewable energy attributes generated by the project’s energy production. CIT is the Coordinating Lead Arranger for the construction loan. Other banks include Silicon Valley Bank, Zions Bancorporation NA, National Australia Bank Ltd., Landesbank Hessen-Thuringen Girozentrale (Helaba), Rabobank and Commerzbank.

Longroad’s affiliate, Longroad Energy Services, will provide construction management, asset management, operations and maintenance oversight, and remote monitoring services to both Little Bear and Prospero I over the long term.

Both projects are considered critical infrastructure and therefore not impacted by recent COVID-19 restrictions. Swinerton has put in place COVID-19 best practices at each site.