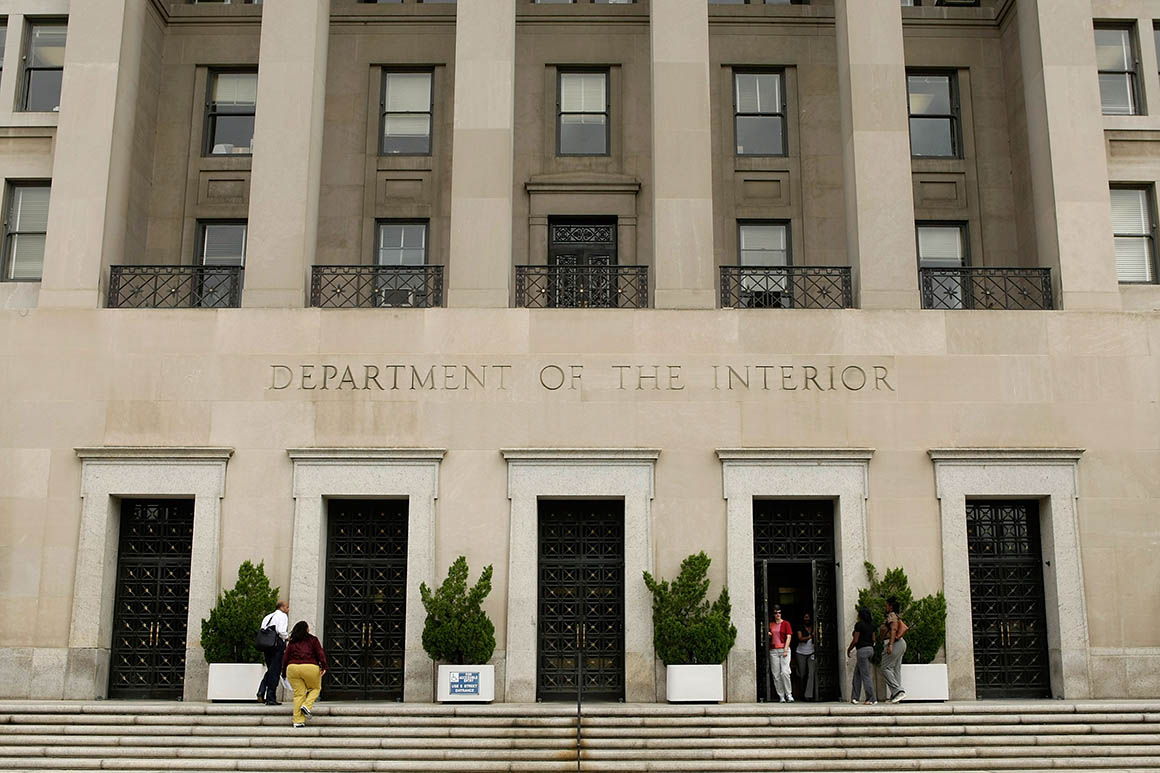 The Department of The Interior building. | Alex Wong/Getty Images

The Interior Department’s internal watchdog found that a senior official violated federal laws by using his official email to push the EPA to hire one of his family members.

The report from Interior’s Office of Inspector General is the second time in six months that it has found that Assistant Secretary of the Interior for Insular Areas Doug Domenech broke federal ethics statutes. Domenech, a former high-ranking official in the George W. Bush administration who is father of The Federalist founder Ben Domenech and father-in-law of Meghan McCain, was earlier found to have met in 2017 with attorneys for his former employer, the Texas Public Policy Foundation, while the conservative think tank and Interior were battling over a lawsuit, creating the appearance of a conflict of interest.

In its report, the IG’s office said Domenech also met with an EPA official at an event at Wolf Trap, a concert venue outside D.C. to which the Interior Secretary receives free tickets. Domenech was accompanied by two unidentified family members, one of whom worked in the wedding industry.

“He said he told the EPA senior official, ‘Please be aware [family member 1 is] actually applying for a job at EPA,’” the IG report states. “Domenech described it as an awkward moment for him and said that at one point he ‘pulled [the EPA senior official] aside and said, ‘Hey, I really apologize. I did not set this up.’”

Over the next several weeks, Domenech and the EPA official repeatedly exchanged emails about the progress the other family member’s application was making. The EPA eventually hired the person. The EPA official who Domenech communicated with did not respond to the IG office’s questions and “has since left the EPA,” the report states.

Interior downplayed the concern over the latest IG findings, saying Domenech’s communications with the EPA occurred in 2017 before the department added more officials to its ethics staff.

“The underlying events regarding Mr. Domenech occurred in 2017 before the Department initiated an unprecedented effort to invest in building a culture of ethical compliance and dramatically expanding the Department of the Interior’s Ethics Office Program, which has resulted in tripling the number of career ethics officials within the Department,” said department spokesperson Nicholas Goodwin said.

“When it comes to promoting ethics and preventing conflicts of interest, this administration has put up nothing but words, and at this point the damage to the Interior Department’s reputation is mounting by the day,” Grijalva said in a statement Friday. “Trump’s leadership team has created a culture of ignoring corruption instead of holding anyone accountable for repeated failures, and the American people are tired of it. Firing Mr. Domenech is the only serious course of action at this point — another round of ethics training is clearly just a waste of time, since it hasn’t sunk in by now.”