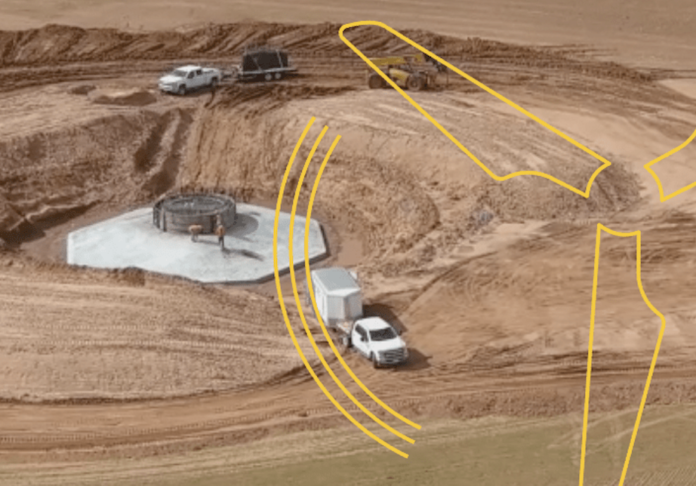 The $276.2 million financing has been arranged with Sumitomo Mitsui Banking Corp., acting as coordinating lead arranger, and CIBC, acting as joint lead arranger, backed by a $171.4 million tax equity commitment from Wells Fargo to be provided upon the commercial operation date.

“It was only a few months ago, when the U.S. production tax credits (PTCs) deadlines were extended, that we knew we were in a strong position to bring Griffin Trail forward, and we have since made rapid progress on development and construction,” says Michel Letellier, president and CEO of Innergex. “Securing construction financing and tax equity commitment for this project is another milestone, and I want to congratulate all Innergex employees who contributed to this significant team effort.”

Work on-site commenced in September and is progressing well with the operations and maintenance building and road construction well underway – and approximately 50% of foundations complete. A construction agreement was executed with Blattner Energy Inc. and a turbine supply agreement was executed for the supply of GE wind turbines totaling 225 MW with deliveries starting in January 2021. Deliveries of long-lead items have started and the construction of the interconnection point is underway by a local transmission provider.

Total construction costs of the Griffin Trail project are projected to amount to $284.7 million and its commissioning is scheduled in Q3 2021. The power generated will be fed into the ERCOT transmission grid and sold on the spot market.

The project is expected to produce a gross estimated long-term average of 819 GWh per year and to benefit from 100% of the U.S. PTCs, representing $0.025, indexed to inflation, per KWh of electricity produced for the first 10 years of operations, which is comparable to power purchase agreements with similar tenors from government-backed utilities in Canada.