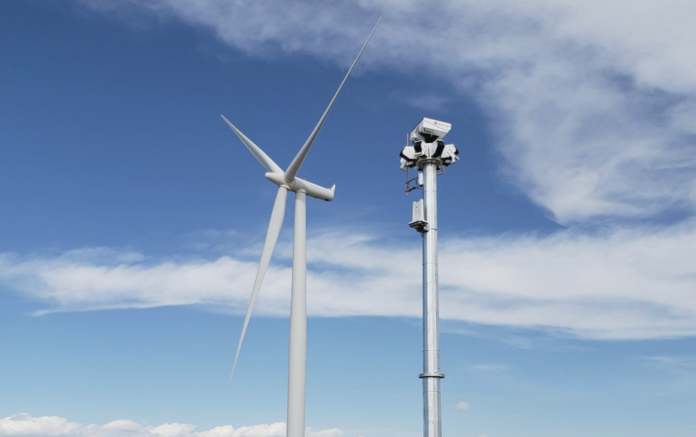 IdentiFlight, a company that delivers and operates machine vision and AI technology for avian species detection, says bird fatalities in wind farms are greatly reduced with the company’s artificial intelligence technology system – resulting in an 82% reduction of eagle fatalities, a claim supported by the independent study, “Automated curtailment of wind turbines reduces eagle fatalities,” recently published in the Journal of Applied Ecology.

“Avian collisions with turbine blades have been a long-time concern in the wind industry,” says Ben Quinn, senior vice president at IdentiFlight. “The IdentiFlight avian detection technology was developed to address this problem and promote the successful coexistence of avian wildlife and wind energy. We now have conclusive evidence that IdentiFlight can be utilized as a mitigation and minimization solution for current and future wind projects.”

The IdentiFlight system is commercially deployed at projects around the world and has actively tracked and documented over 2.2 million eagle tracks. Documented images increase by more than 10 million every year – with over 47 million images of protected species gathered. With every image, the IdentiFlight system becomes more accurate and robust.

The IdentiFlight system blends artificial intelligence with high-precision optical technology to detect eagles and other protected avian species. Proprietary software and neural network technologies process the images to determine 3D position, velocity, trajectory and protected species of interest, all within seconds of detection. IdentiFlight towers operate as an autonomous system detecting, classifying and curtailing specific turbines that could pose a risk to the bird. The system detects a bird as far as one kilometer away, classifying it as a protected species such as an eagle (or not) in real-time. The IdentiFlight towers can be positioned to cover multiple turbines in a single wind farm. When installed as a network with overlapping aerial coverage, the systems work together to provide the most protection possible for avian activity in the area, notes the company.