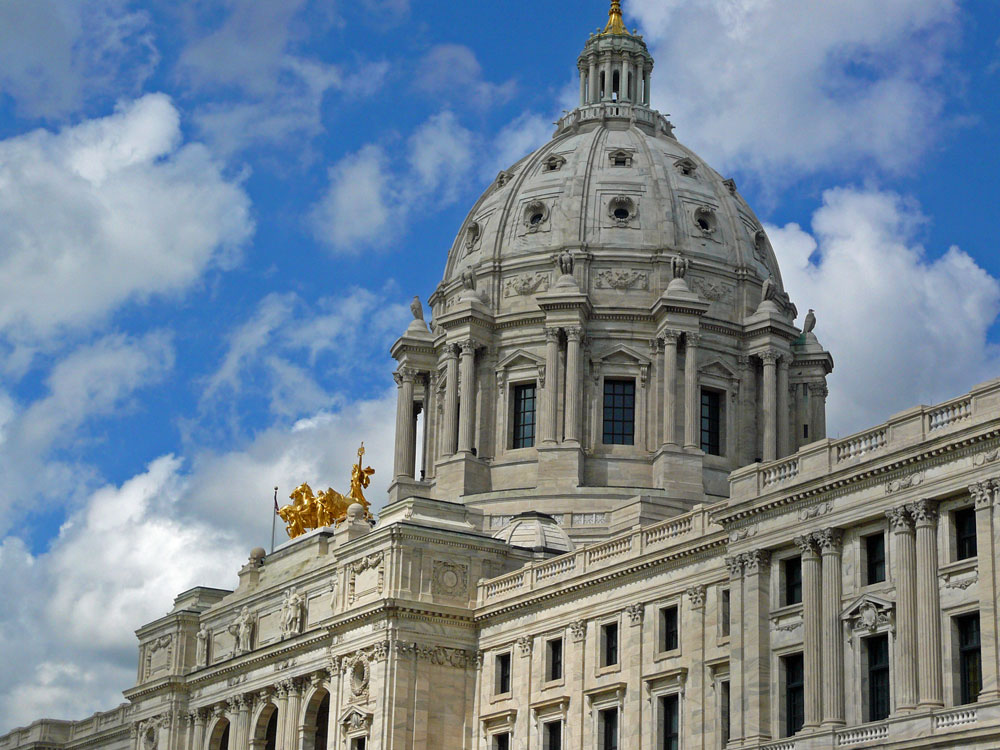 The two most important lawmakers on energy policy this session are optimistic about passing clean energy legislation, especially when it comes to energy efficiency.

In a legislative session likely to be dominated by the state’s pandemic response, two key leaders in Minnesota’s divided Legislature see room for common ground on energy conservation.

Sen. David Senjem, a Republican from southeastern Minnesota, and Rep. Jamie Long, a Minneapolis Democrat, each chair their chamber’s respective energy committee. In recent interviews, both touted a bill called the Energy Conservation and Optimization Act among their priorities for the new session.

“We’ll be bringing [the ECO Act] forward just as quickly as possible,” said Senjem, while Long said it will be “the first bill I act on.”

The ECO Act — HF 164 — would update and expand the state’s energy conservation programs to include electrification measures and higher energy savings goals for utilities. It would also double spending on projects that benefit low-income households while getting rid of overall minimum spending requirements.

The bill passed in the Democratic-controlled House last May but failed to get a vote in the Republican-led Senate. Senjem, who succeeded Republican Sen. David Osmek this year as chair of the Energy and Utilities Finance and Policy Committee, is seen as a more eager ally on clean energy legislation.

“I think that there’s a real opportunity to find some agreements and make progress,” said Long, chair of the House Climate and Energy Finance and Policy Committee, who co-authored bills with Senjem last session.

Senjem said he expects the ECO bill to be a “bellwether” for energy legislation this year.

“If it does not pass, I’m not sure we can pass a lot of other things this year,” Senjem said.

The state Republican Party’s aversion to clean energy legislation has declined some as Senjem has been elevated to leadership roles on energy and environmental committees. Senjem “provides a strong voice in the Republican caucus on clean energy issues,” said Gregg Mast, director of the nonprofit Clean Energy Economy Minnesota, which named Senjem its 2020 Clean Energy Legislative Champion. “He understands the tremendous economic potential that exists as our energy system transforms and believes Minnesota should be a leader.”

Despite the two legislators’ optimism for 2021, the bill’s path is at risk of being sidetracked by ongoing partisan fighting over the shape of economic relief and Gov. Tim Walz’s use of emergency powers during the COVID-19 pandemic. Minnesota is the only state in the country with a divided legislature.

Other priorities for Senjem include Clean Energy First, another returning bill that would require utilities to prioritize renewables and green technology when replacing aging power generation. Senjem, the bill’s Senate author, said the bill would go through committees again this session and that a compromise will emerge and likely pass.

Democrats had a few objections to the last version of the bill, Long said, but he sees an agreement in the offing. “I think the end product, the place that we’re all pointing towards, is the same, which is that we want to help strengthen the ability for replacing retiring assets with clean energy,” he said.

Long and Senjem have co-authored a bill that let cities pass “stretch codes” that require greater efficiency than the state energy code. Minneapolis, St. Paul, and a handful of other cities have been asking for the Legislature to permit stretch codes to apply first to commercial buildings, Long said.

Long would also like to see the bill that promotes solar on schools re-emerge after being passed by the House last year. A proposal promoting renewable natural gas should get a hearing and move forward in the Senate, Senjem said.

Neither legislator said they expect to see support for increasing the state’s renewable energy standard to 100% by 2050. Senjem said he sees no need for it, especially after a recent Minnesota Power announcement that the utility will be 100% carbon free power by 2050. Xcel Energy announced the same goal and timeline in 2018.

Such legislation might “feel good,” but public opinion and economics continue to drive utilities toward carbon-free power, Senjem said.

The ECO Act was introduced and had its first reading in the House on Tuesday and was referred to the Climate and Energy Finance and Policy Committee.