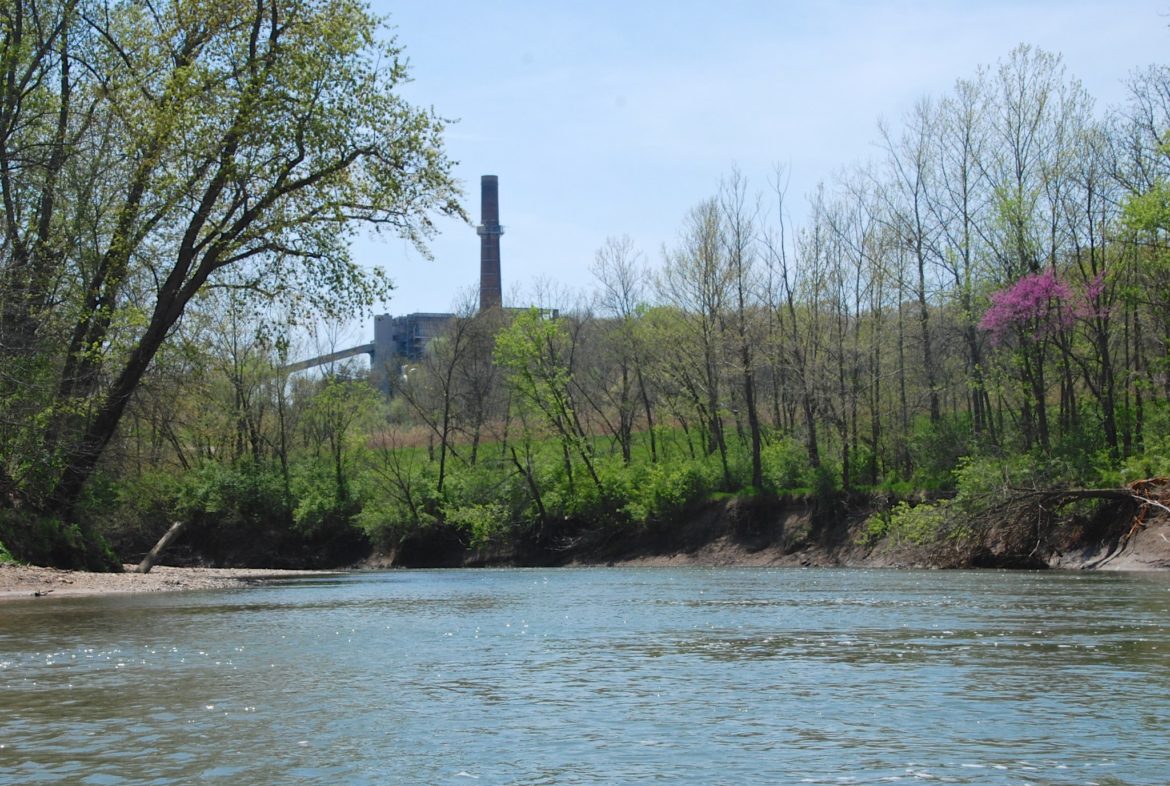 In hearings this week, environmental advocates and community members voiced concerns about the state’s many contaminated sites.

It was the latest step in a years-long debate in Illinois, which has the nation’s second-highest number of contaminated coal ash sites, according to a 2011 study.

Federal rules on coal ash were adopted in 2015, and states were encouraged to implement their own rules that were required to be at least as protective. In 2016, then-Gov. Bruce Rauner’s administration proposed rules —covering only six pages — that critics described as woefully inadequate.

Environmental groups and citizens support some of the provisions in the Illinois EPA’s latest proposed rules, a filing of 320 pages.

But they say the rules allow coal ash to remain stored in contact with water, do not allow for sufficient public participation, do not adequately protect coal ash workers, and do not ensure that companies, not taxpayers, will pay for coal ash cleanup. They are also demanding that unlike the federal rules, state rules must cover coal ash at power plants that have already closed, like the Vermilion plant.

“The rules, as drafted, do not protect lakes, streams, rivers, groundwater and Illinois communities from coal ash stored in areas where it mixes with water,” said Pam Richart, co-director of the central Illinois-based Eco-Justice Collaborative, during the video hearing.

In written testimony, the Environmental Law & Policy Center, Prairie Rivers Network and Sierra Club also cite language that they say is vague, confusing, and open to interpretation, including the use of terms like “where appropriate,” “where possible” and “best practices.” The groups describe it as “language that companies could attempt to use as loopholes or, at a minimum, attempt to exploit as ambiguous.”

A primary concern for advocates is coal ash impoundments near bodies of water, or in areas where it can contaminate groundwater — both often sources of drinking water via municipal systems or private wells.

Ash at NRG’s Waukegan power plant is stored near the shore of Lake Michigan; the Wood River power plant’s coal ash is stored by the banks of the flood-prone Mississippi River; and, at a long-closed Dynegy plant in central Illinois, ash is stored on the eroding banks of the Middle Fork of the Vermilion River.

Testifiers cited catastrophic coal ash impoundment failures in Tennessee, Wisconsin, and other states in calling for the removal of coal ash from floodplains, wetlands, areas with seismic activity and other wet or unstable areas.

The threat of a collapse in the Middle Fork, Richart said, “is very real. We know breaches have happened in other states, with devastating consequences.”

Last summer after the coal ash law’s passage, Meranda Cohn, spokesperson for Dynegy’s parent company Vistra, told the Energy News Network that the company “continues to work with the Illinois EPA and other stakeholders on appropriate plans for riverbank stabilization and impoundment closure that will meet all regulatory requirements and is protective of the adjacent Middle Fork of the Vermilion River.”

Meanwhile, contaminants leaching from coal ash into groundwater can also make their way into water bodies.

A study by environmental groups last year analyzed data that companies had to report under the federal rule, and found groundwater contaminated with unsafe levels of pollutants at 22 out of 24 reporting sites. Coal ash includes multiple toxic compounds — carcinogens or neurotoxins — including mercury, cadmium, lead, arsenic and molybdenum. Coal ash exposure has been linked to higher rates of cancer.

The environmental groups noted in their testimony that while the federal rule doesn’t explicitly allow coal ash to be stored in contact with water, it in effect does so in “a long and complicated way.” That means the state rule must be clear in making sure coal ash can never be in contact with water, including through intermittent changes in hydrology, the testimony says.

The groups also take issue with how the proposed rules determine whether coal ash is contaminating groundwater. The rules seek to establish existing “background” levels of different contaminants, with action triggered if coal ash appears to elevate concentrations beyond those levels. But the groups argue that coal ash already in the water could lead to high background levels, meaning that cleanup action from continued contamination might not trigger cleanup.

People who testified noted that water can infiltrate even capped and closed coal ash impoundments.

“Everything possible needs to be done to keep coal ash from being wet,” said downstate Illinois resident Elizabeth Lare. “Coal ash cannot be closed in if it is or will be wet at any time.”

Along with addressing coal ash ponds and impoundments, the environmental groups are demanding the state rules address contamination from coal ash piles and the use of coal ash as filler including in coal mine reclamation.

Mary Ellen DeClue, who lives near central Illinois mines, testified that she is especially concerned about the depositing of coal ash in former mines.

“Coal ash is a highly hazardous waste that is being used in a careless manner to benefit the coal industry,” she said. “Coal mining in Illinois has a sacred cow status that has damaged communities and the health of citizens.”

Residents and the environmental groups stressed the need for more stringent requirements to control dust from coal ash, to protect workers and people living near coal ash piles and transport sites.

Under the proposed rules, fugitive dust controls are largely shielded from public review or comment, the environmental groups allege. Among other things, the groups demand that workers be given enclosed safe spaces for breaks and places to store equipment and clothing contaminated with dust so they don’t bring it home.

The groups also complain that the proposed rules don’t require that important specific information be included in the permits companies must seek for coal ash storage, including regarding dust control, structural plans, emergency action and the design of storage pit liners.

The Illinois EPA has noted that other agencies have purview over such issues. But Richart and others who testified said that such “overlapping jurisdictions” are not a reason to exempt such factors from the rules enforceable by the Illinois EPA, or the public’s ability to view related documents.

Meanwhile, the Trump administration has proposed several rollbacks of protections in the federal coal ash rule, and the environmental groups complain that the Illinois EPA’s proposed rules incorporate some of those rollbacks.

Multiple residents and environmental groups testified that financial assurances that companies will clean up coal ash must stay with the site, even if ownership changes. This is especially an issue as coal plants close and aging or closed plants are sold.

Joe Laszlo was among multiple residents of Peoria who testified about coal ash at the nearby Vistra-owned E.D. Edwards coal plant, which is slated to close by 2022.

“The Edwards coal ash pit is unlined and known to be leaching dangerous chemicals into the groundwater,” Laszlo said. “I’m concerned the proposed rules are too weak and do not ensure long-term protection from leaching toxins.”

“There must be adequate financial assurance that stays with the property regardless of ownership and as long as there might be a problem,” testified David Ullrich, former executive director of the Great Lakes St. Lawrence Cities Initiative. “That might be forever.”

Multiple residents from Waukegan and neighboring communities testified about the risk posed by coal ash there, especially given that residents are already burdened by pollution from past and present industry including five Superfund sites. Last year the pollution control board found NRG liable for contamination from coal ash at the Waukegan plant.

“It is not an accident that these disastrous impacts from coal ash are happening in Waukegan where more than half of the population are Black and Latinx,” said Waukegan high school student Eliana Bernat. “[The ash is] disproportionately harming the health of low-income communities and communities of color. … This makes coal ash regulations a racial justice issue.”

People who testified — including from the group Faith in Place — also demanded that the state rules consider cumulative impacts of coal ash pollution especially on vulnerable communities. And they asked that the rules use the U.S. EPA’s EJ Screen tool — a different method than currently proposed — to decide which communities qualify as “environmental justice” areas.

The League of Women Voters asked that Waukegan be given priority in coal ash cleanup given the environmental justice issues. And John Katz-Mariani, a faith leader in a nearby wealthier community, said, “We know Waukegan can speak for itself, we just want you to know that we stand with this community, we are aware of what’s happening there, and it is unconscionable.”