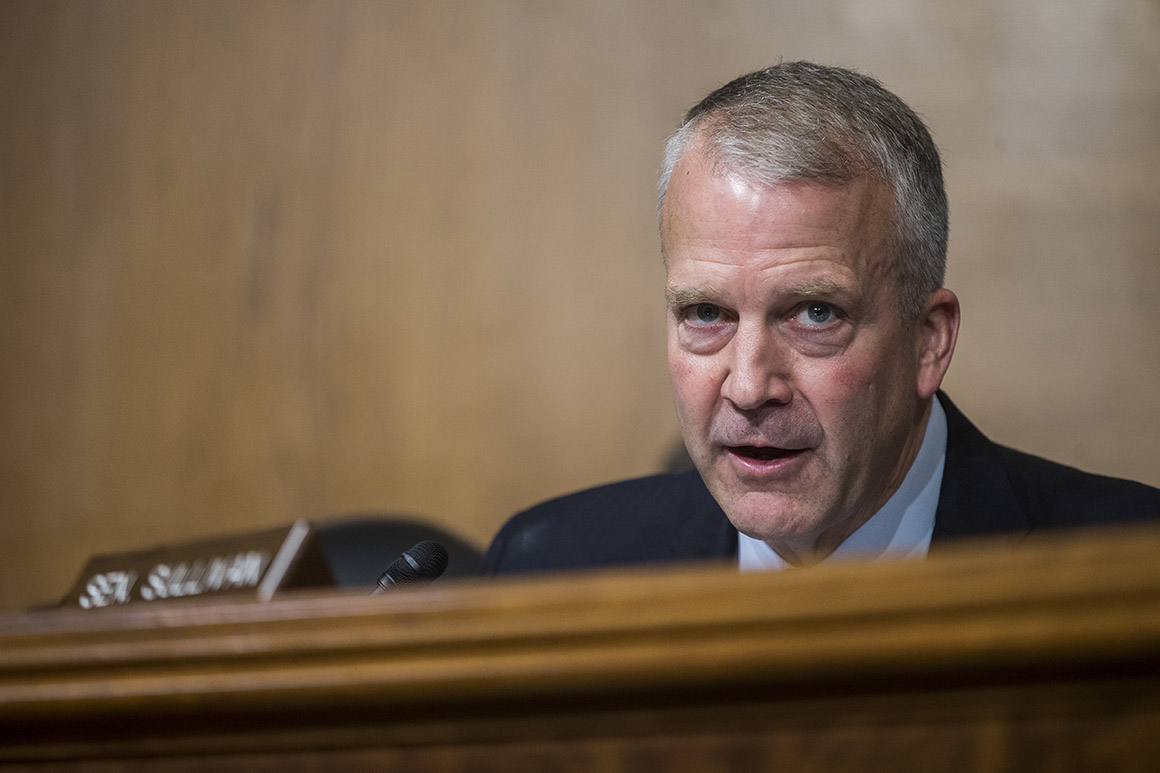 Congressional Republicans are planning to launch a counter pressure campaign against the country’s largest banks after several of them ruled out financial support for oil drilling projects in the Arctic, two Senate Republicans told POLITICO.

Sen. Dan Sullivan (R-Alaska) says a group of House and Senate Republicans will send a letter to the banks, warning them that ruling out specific fossil fuel projects, such as oil drilling in the newly opened Arctic National Wildlife Refuge, comes with risks.

“You think this is a cost-free action? Let’s see about that,” Sullivan said in an interview Thursday. “The federal government fully supports these guys across the board in so many ways, including a bailout 15 years ago. Now they get to pick and choose who’s favored and who’s not favored in the U.S. economy based on what? Political pressure that they get at cocktail parties in Manhattan?”

Restrictions on drilling in an ANWR were lifted in 2017, although the Bureau of Land management has not finalized its plans to offer leases to companies to explore for oil in part of the region that is the largest protected wilderness in the U.S. Estimates vary widely, but as much as 16 billion barrels of oil and gas liquids is believed to be recoverable in the region.

“A lot of these banks start out opposing the Arctic, which I think is the easy one, and it gets a little more dicey after that,” Sen. Kevin Cramer (R-N.D.) told POLITICO. “Some of this is political within [the banks]. Some of it’s political with regard to their shareholders. Some of it’s being the cool guy at the country club or the mens’ club in Manhattan.”

At a recent White House event, President Donald Trump, alongside Sullivan, said he favored launching a probe into the banks’ behavior.

Democratic lawmakers wrote to specific banks in recent months demanding they not finance oil and gas exploration in ANWR. The House passed legislation that would restore a ban on oil and gas development in the region last September, though it is not under consideration in the GOP-controlled Senate.

Sullivan, a first-term Republican who’s running for reelection this year, also said there had been a “definite rethink” among his congressional colleagues about the U.S. relationship with Saudi Arabia following the kingdom’s recent oil production war with Russia that sent oil prices into a free fall and has devastated domestic U.S. oil companies.

He said he had pressed the matter with senior Saudi energy officials in recent discussions, and believed his legislation calling for removing U.S. troops from the country would have won a veto-proof majority if it had come to a vote.

“We will turn on a dime to be your worst enemy if you continue to take actions to hurt our constituents,” Sullivan said he told Saudi officials. “When you take action that deliberately hurts the working families and great Americans and Alaskans that I represent, it’s game on, man. Everything’s on the table. Trust me, Cramer and I were not bluffing at all — at all — with them.”

Cramer agreed “the relationship’s changed dramatically” as many long-time Saudi defenders in the Republican caucus had soured on the kingdom amid the price war.

“They’ve taken away every reason to defend them,” the North Dakota Republican said. “‘The enemy of my enemy is my friend’ is a low standard to begin with, and it’s become intolerable, at this point, for me.”

Sullivan said he also supports imposing tariffs on imported Saudi Arabian oil. He joined a call with Cramer, Sen. Jim Inhofe (R-Okla.) and Commerce Secretary Wilbur Ross on Thursday to press for a Section 232 investigation. Cramer said he supports that push as well.

Launching such a trade probe is just one of a number of additional steps Sullivan said the federal government could do to help the ailing U.S. oil and gas sector.

In addition, Sullivan is pressing for the world’s industrialized nations in the Organization for Economic Cooperation and Development to fill their own strategic reserves with oil, a move he said could take 2.5 million barrels a day off the market for about the next three to four months.

“If everybody, including China, tops off their strategic petroleum reserves, that could be … another 250 million barrels off the global market,” he said.

Energy Secretary Dan Brouillette and others in the Trump administration are working on financial regulatory relief for the oil sector to help prevent a wave of bankruptcies, according to Sullivan.

A series of changes that were made last week to the Federal Reserve’s “Main Street” program making it more accessible to a wider scope of businesses are “clearly a reflection on what we’ve been advocating for” to help the energy industry,” Sullivan said, adding he continues to look at “whether it does the trick” to help companies.

Cramer said those changes “probably will be able to capture some companies that previously would not have been captured,” but additional flexibility will likely be needed to allow the smaller producers to restructure their debt to survive.

Sullivan said he’s spoken with Trump repeatedly about the issues and that the administration remains closely focused on ways to help the struggling sector.

“This was unequivocally the sector of the U.S. economy that drove us out of our last recession,” Sullivan said. “I think we’re going to need that kind of dynamism in this sector again. I can tell you the president and his team are very, very focused on it.”