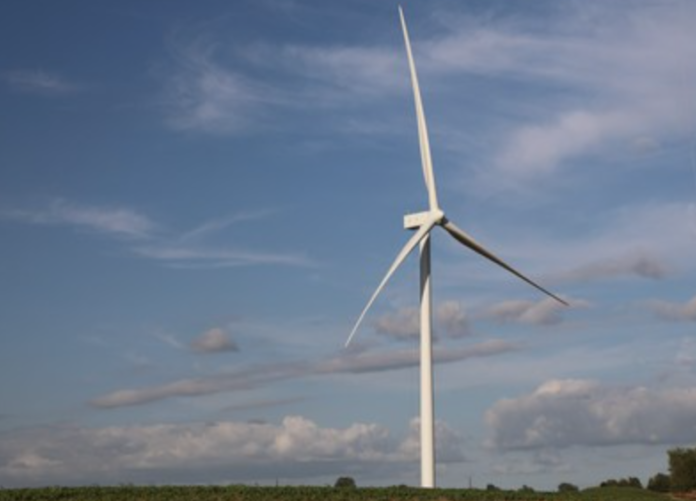 Green River has virtual power purchase agreements (VPPAs) with Apple, Akamai Technologies and Swiss Re, as well as a power purchase agreement (PPA) with Illinois Municipal Electric Agency (IMEA). Akamai, Etsy and Swiss Re previously had limited opportunity to access large renewable energy projects in the regions covered by the 13 state PJM wholesale electric market. By collaborating with Apple, these companies were able to access wind and solar power from the new projects at competitive prices and agreement terms. Collaborations like this accelerate the pace at which new renewable energy generation is built and brought online.

“We are very happy to see the Green River project come online and provide renewable energy for our data center operations in Illinois,” says Mike Mattera, director of sustainability at Akamai Technologies Inc.

“This marks an important milestone in our global strategy and contributes to reducing our environmental impact in the areas where we work, operate and live. In addition to this project providing renewable energy to our data center footprint, it is great to see the tax revenue support local education initiatives in the Bureau Valley School District,” he adds.

3Degrees facilitated the renewable energy aggregation with the corporate power purchasers. The project was built by Mortenson and utilizes Siemens Gamesa wind turbines. It was developed and is operated by Geronimo Energy.

The project employed approximately 200 construction workers at its peak and boosted local economies with increased local spending as a direct result of this influx of temporary workers. As an operating project, Green River has begun to provide positive long-term economic impacts to the local and state communities. The project has created 11 new full-time jobs at its operations and maintenance building located in Deer Grove, Ill. Additionally, throughout the first 20 years of operations, Geronimo estimates the project will provide $35 million in new tax revenue and $20 million in landowner payments.

The communities surrounding Green River will also benefit from the Green River Community Fund. The fund’s board of directors has been elected and is comprised of local residents and landowners in and around the project footprint. The charitable donations, totaling $776,000 over a 20-year period, will be directed by this local board and are above and beyond all tax revenue generated by the project. The fund’s board anticipates calling for grant applications from local charities at the end of the year.